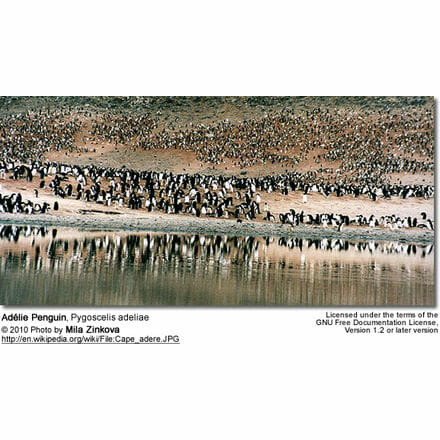 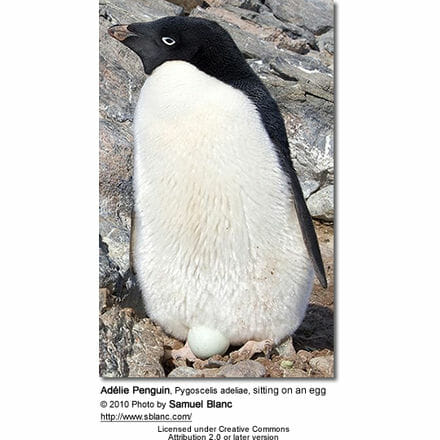 The AdÃ©lie Penguins (Pygoscelis adeliae) are common along the entire Antarctic coast, where they have the most southerly distribution of all seabirds, along with the Emperor Penguin, South Polar Skua, Wilson’s Storm Petrel, Snow Petrel and the Antarctic Petrel.

This species was named in 1840 for the French explorer Jules Dumont d’Urville’s wife AdÃ©lie.

Adelie penguins reach reproductive maturity when they are between 3 to 5 years old. Their maximum lifespan is believed to be about 16 years.

AdÃ©lie penguins are only found in the Antarctic region, where they breed on the coasts of Antarctica and on surrounding islands.

The area with the largest population of Adelie penguins is in the Ross Sea (near the continent of Antarctica, off the coast of Victoria Land in McMurdo Sound), where a colony of approximately half a million AdÃ©lies can be found. Overall, 38 colonies have been recorded, with over 5 million AdÃ©lies.

These penguins can withstand very cold temperatures and inhabit large coastal ice platforms with access to open water with abundant supplies of their favorite food – krill (Euphausia superba) and fish.

They live on sea ice but move to ice-free land to breed.

When breeding (usually early spring or summer), they will travel to coastal beaches to make their nests on ice-free ground.

These penguins are social birds that forage and nest in large groups. However, they can also be quite aggressive to other penguins that try to take stones from their nest.

Adelie penguins are preyed on by leopard seals (Hydrurga leptonyx), killer whales (Orcinus orca), and south polar skuas (Stercorarius maccormicki). Leopard seals prey on the adults, South polar skuas prey on eggs and chicks, and the whales, of course, prey on adults and juveniles in the ocean. 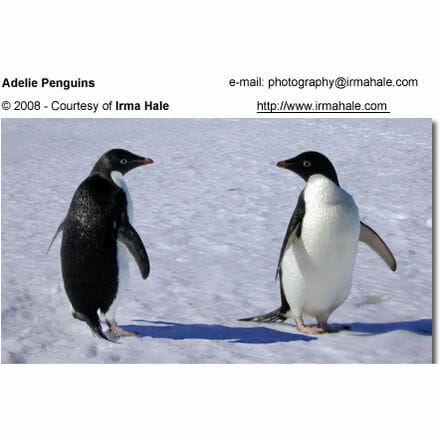 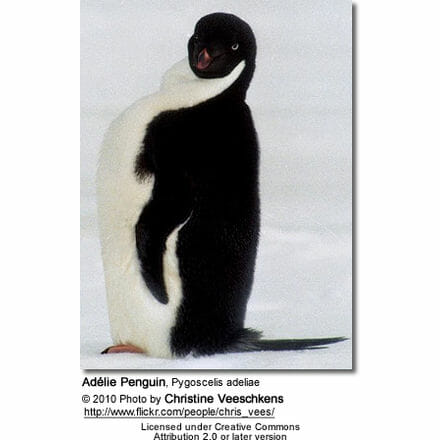 Their black and head is mostly black, with distinctive white ring surrounding the eyes and the long feathers at the base of the bill.

Adelie penguins are highly skilled swimmers that can reach speeds up to 45 miles per hour.

AdÃ©lie Penguin moslty feed on Antarctic krill, as well as fish – such as lantern fish and other members of the family Myctophidae and Antarctic silverfish (Pleuragramma antarcticum), and Glacial Squids – with their diet varying depending on geographic location.

Breeding birds will store food and regurgitate it later to feed their chicks. 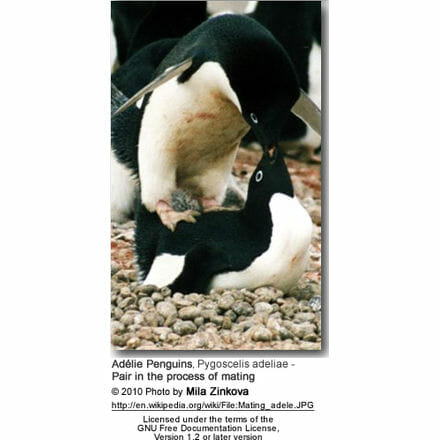 AdÃ©lie penguins construct their nests out of stones piled together.

Both parents take turns incubating the egg. While one parent leaves to feed, the other will keep the egg or young chick warm. The incubating parent does not eat, as leaving the egg would cause it to freeze.

Usually in March, the adults and their young return to the sea. 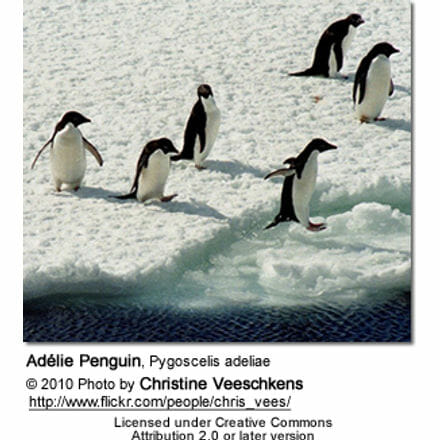 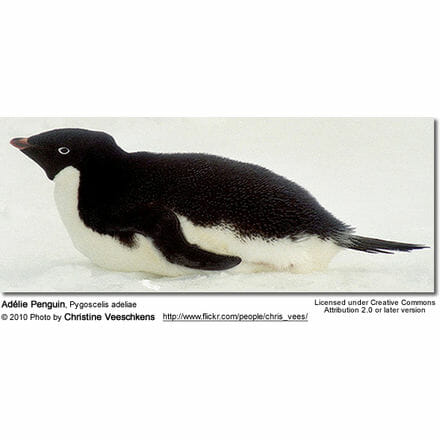 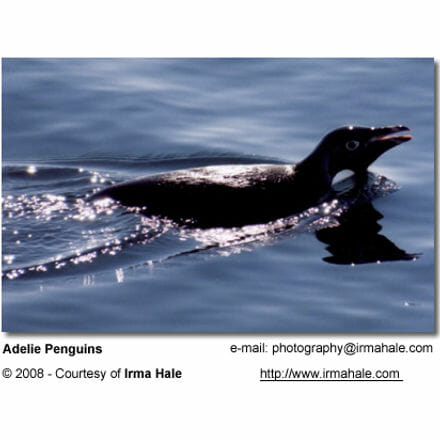 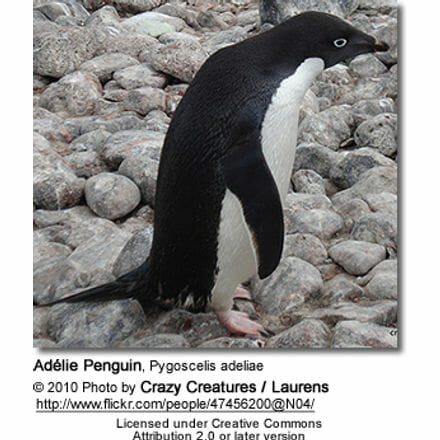