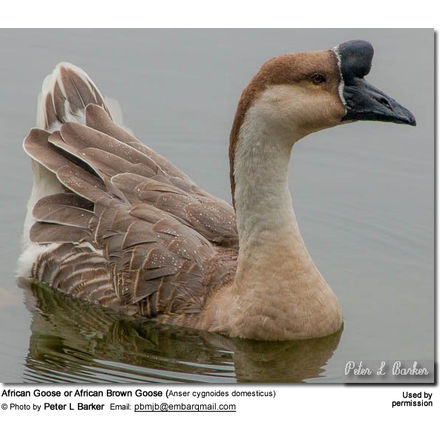 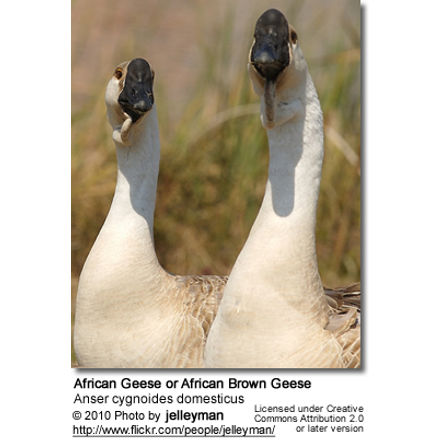 The African Goose or African Brown Goose (Anser cygnoides domesticus) is a breed of domestic goose that descended from the wild Swan Goose.

The African Goose’s name is not indicative of its place of origin. Throughout the history, this breed was known by several different names. They arrived in North America on ships that traveled around the world – so its exact origin is ambiguous (Johnson, et.al., 1909).

The African Goose has been considered a distinct breed since at least the middle of the nineteenth century. The Brown African Goose was admitted to the American Poultry Association’s Standard of Perfection in 1874. 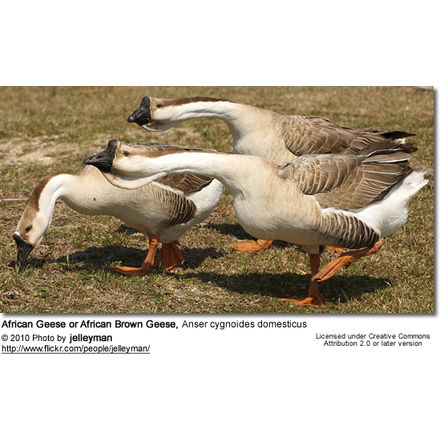 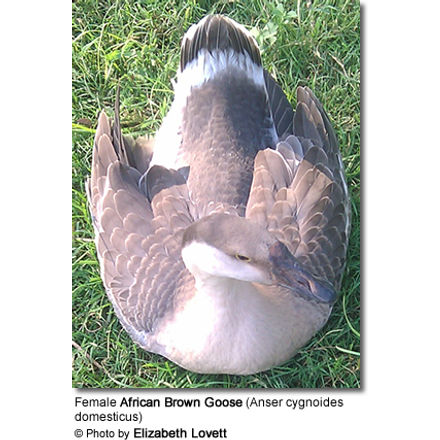 The African Goose is a large and bulky bird – with a heavy body that is nearly as wide as it is long, a thick neck, and a large knob attached to its forehead (which requires several years to develop). A crescent-shaped dewlap hangs from its lower jaw and upper neck. This dewlap may become ragged in shape as the bird ages.

It is keelless, and has a smooth, rounded abdomen with little or no fatty lobe development. The tail points up and folds up neatly. The eyes are large and deep-set (Holderread, 1981).

Physical Description: The adult African male weigh between 20 – 22 lbs (9 – 10 kg) – compared to the female which averages 18 lbs (8 kg) (as does the young male). The adult male generally stands taller than the female and has a larger knob above his bill. The older female tends to have a noticeable paunch or pot-bellied appearance.

Behavior: Male African Geese are generally more aggressive than females. The male will hiss at potential enemies, while female will back away while honking. However, females will also hills when they are alone or when protecting their young. Two varieties are found in North America, the colored variety known as either Grey or Brown, and the White variety.

The Chinese goose shares some similar characteristics (such as color variations) with the African Goose. However, they can be distinguished by the African Goose’s larger dewlap and different knob shape. African geese are also quite a bit heavier than Chinese Geese. Additionally, they tend to have a docile temperament. 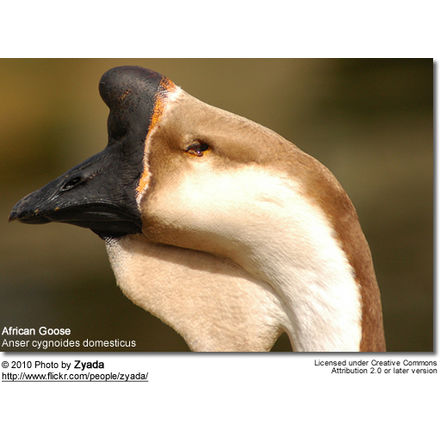 Elizabeth Lovett describes her African Goose pets as follows: “She (featured on the image above) barks like a dog to come in the house when she misses me. My gander isn’t as social, just tolerates the bond that she and I have. “ 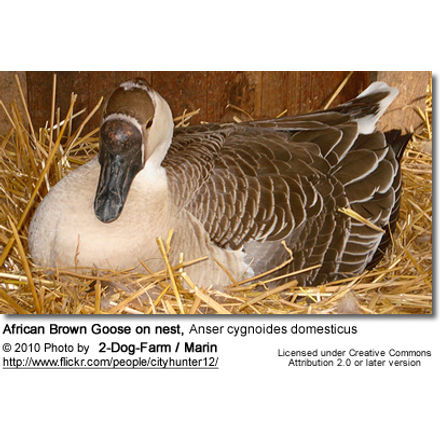 African geese are hardy and generally long-lived. Once acclimatized, they can withstand considerable cold weather. However, they need shelter to protect their knobs from frostbites.

With proper care, they can produce young for many years.

They mature early and some produce young in their first year. Each male can service two to six females (depending on the male). 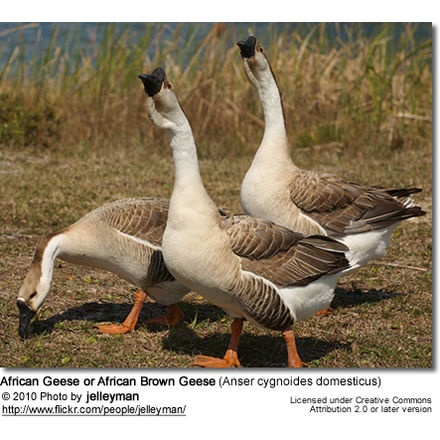 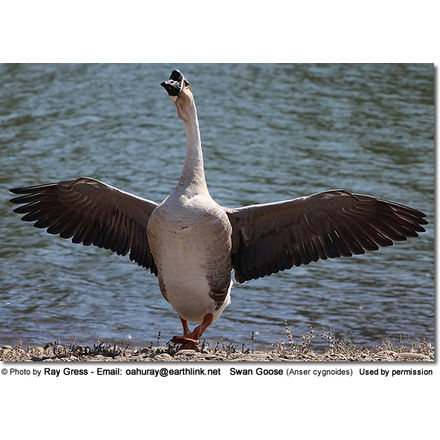