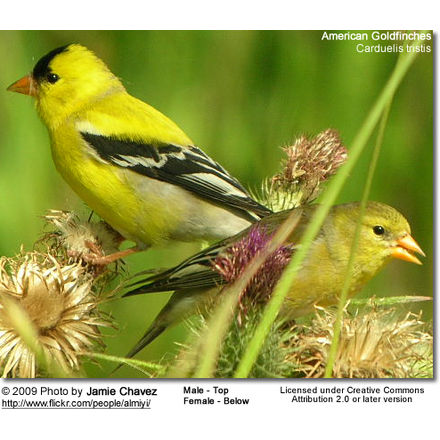 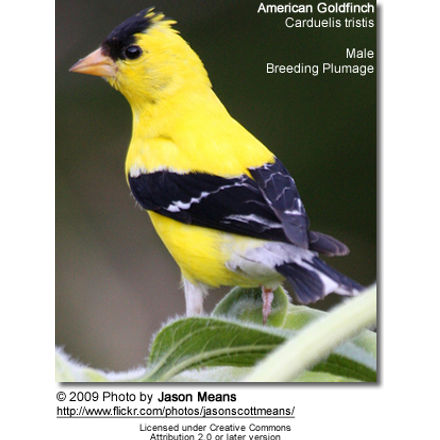 These birds are known by a variety of names – sometimes reflecting their physical attributes, ranges or dietary habitats), such as:

The colorful and active Goldfinches are very popular backyard birds, who will readily take advantage of garden bird feeders.

Sometimes they will congratulate in large numbers around feeders. In fact, the easy access to food provided by humans has proven to benefit these birds as these feeders increase their survival rate at those times when natural resources are low. These acrobatic birds are often observed hanging upside down on seed pods.

This finch was named the official State Bird of Iowa, New Jersey and Washington. 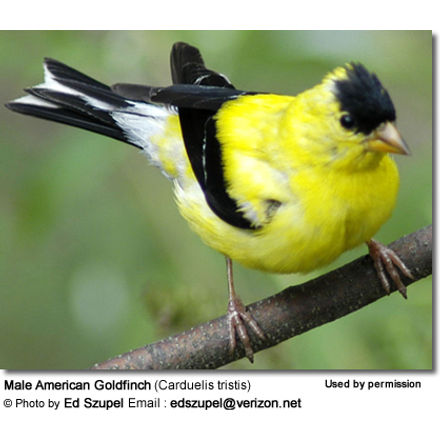 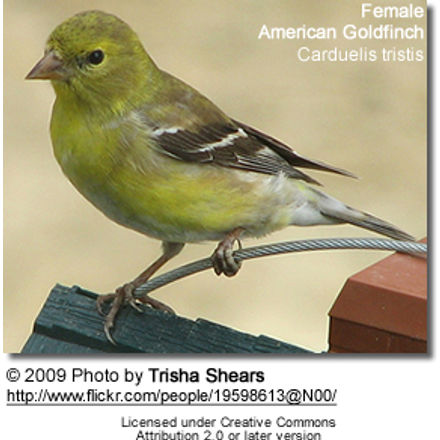 Their natural range stretches from southern Canada (Saskatchewan, Quebec and southwest Newfoundland) south into the United States as far south as North Carolina on the east coast and northern California on the west coast.

Northern populations migrate south for the winter – throughout Florida, along the Gulf Coast east to California and south to Mexico. They migrate in compact flocks.

They are associated with open habitats, such as fields, meadows, flood plains and orchards, but are also quite common in urban gardens, where they are attracted to bird feeders.

There are four recognized subspecies of the American Goldfinch: 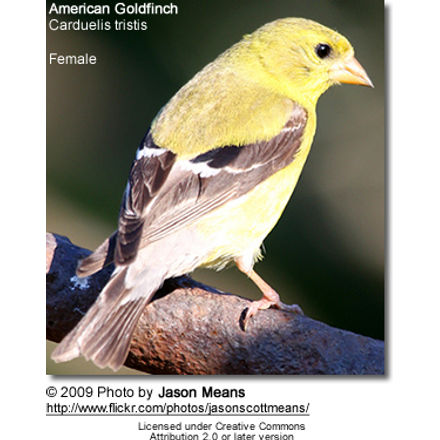 These finches undergo a molt (change of feathers) in the spring – when they attain their breeding plumage – and in autumn, when they molt into their winter plumage. 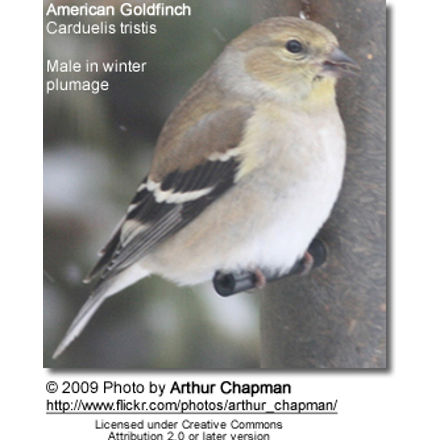 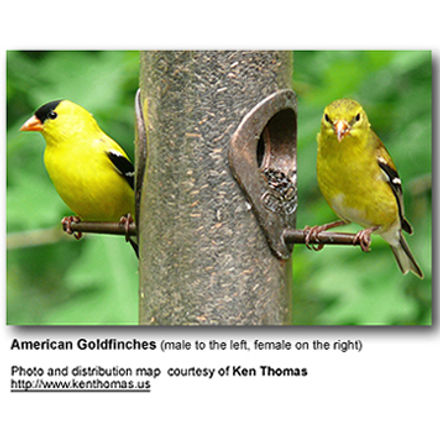 They will readily visit bird feeders in backyards – particularly in the winter, when food sources are sparse.

Occasionally, they will also feed on animal foods, such as insects – in particular when raising young as the additional protein is needed to support their rapid growth. 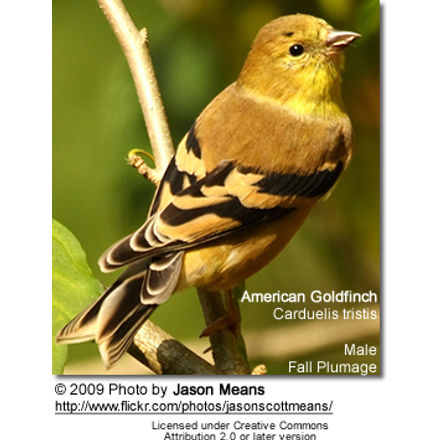 Breeding season: Most nesting activities occur between late June and September, when their main food source – seeds – are most abundant

Mating system / courtship: These finches are generally seasonally monogamous, although females may mate with more than one mate.

In winter, males will start showing off their colorful physical details (plumage and bill), as well as performing their flight displays to attract prospective females. These entail pursuing the females and the female flying in zigzagging away from the male. Once a male is accepted a female, the pair will fly in wide circles.

Nesting occurs in loose colonies that may include two or three pairs – probably to aid in defense against predators.

Once eggs have been laid, the aggressiveness typically fades.

The tightly-woven nest is constructed out of twigs, bark, weeds, vines and grasses, and reinforced with spider webs and caterpillar silk, and lined with soft plant matter. The inside dimensions of an average nest is about 2.5 inches (6.5 cm). 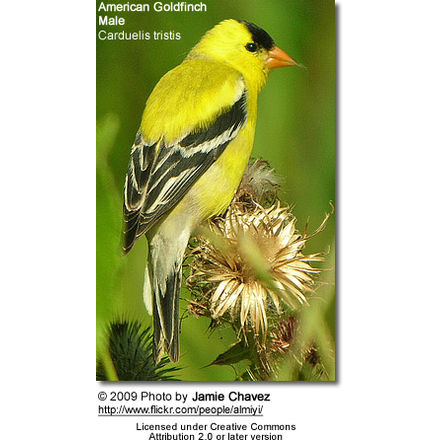 Clutch Size: 2 to 7 eggs per clutch – the average being 5. The peanut-sized eggs are bluish-white and measure about 6 x .45 inches (16 x 12 mm). In most cases, one clutch is produced in a season. If nests have been lost or the season started early and concluded successfully at a time when temperatures are still within a good range and food supplies are still ample, another clutch (rarely even two) may be produced.

Incubation Period: 12 – 15 days – performed by the female alone, while the male brings food to the nest for the brooding female.

Hatchlings: Blind, naked (except for a little pale-green down) with reddish skin. At this stage, they are completely helpless and weigh on average only 0.04 oz or 1 g.

Nestling Care: Initially the male will be the primary caretaker of the young as the female leaves the nest for extended periods to feed and guard the nesting territory. Although the female will return to the nest to feed the young.

Goldfinch nests may occasionally be victims of brood parasites, particularly Brown-headed Cowbirds, who lay their eggs in the nests of other birds for them to raise. One study determined that about 9% of all Goldfinch nests contained Brown-headed Cowbird eggs. However, the survivability of the Cowbird chicks is low – which is attributed to their different nutritional requirements.

Defense Calls: a sweeet call (to rally other goldfinches to the nest); and bearbee to signal to the nestlings to remain quiet and crouch down. 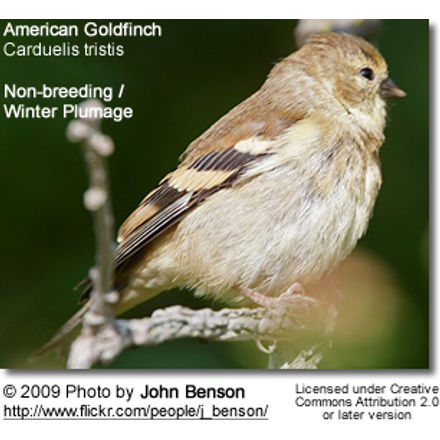