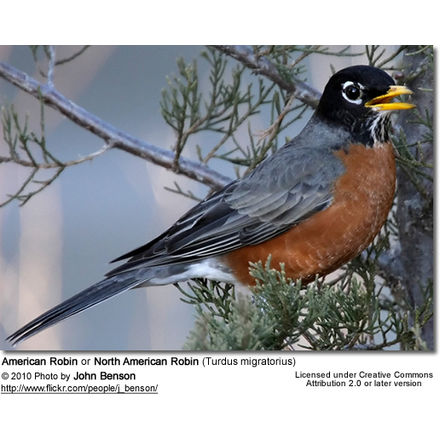 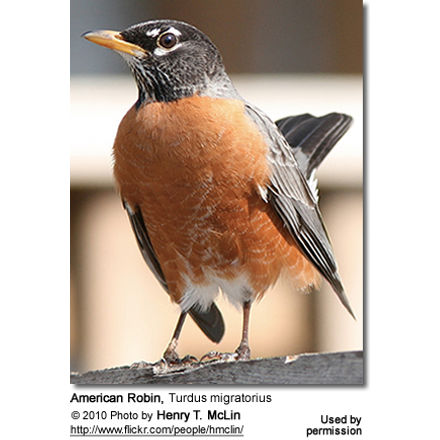 The American Robin or North American Robin (Turdus migratorius) is a migratory songbird that was named after the European Robin due to the male’s bright red breast, though the two species are not closely related.

The American Robin has a wide distribution throughout North America. They winter south of Canada from Florida to central Mexico and along the Pacific Coast.

This Robin has been named the State Bird of Connecticut, Michigan and Wisconsin.

The longest known lifespan of an American Robin is 14 years. However, the average lifespan is about 2 years. Bird banders found that only 25% of young Robins survive the first year. 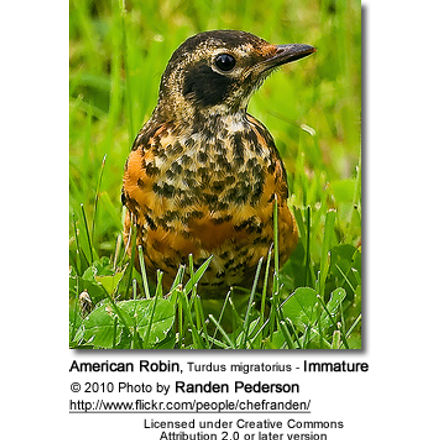 The head varies from jet black to grey, with white eye arcs and white supercilia (“eye brow”). The throat is white with black streaks, and the belly and undertail (feather) coverts are white. The Robin has a brown back and a reddish-orange breast, varying from a rich red maroon to peachy orange. The bill is mainly yellow with a variably dark tip, the dusky area becoming more extensive in winter, and the legs and feet are brown.

Males and females look similar, but the female tends to be duller than the male, with a brown tint to the head, brown upperparts and less bright underparts. However, some birds cannot be safely sexed on plumage alone.

The immature birds are paler than the adult male and have dark spots on the breast, as well as whitish wing coverts (feathers). 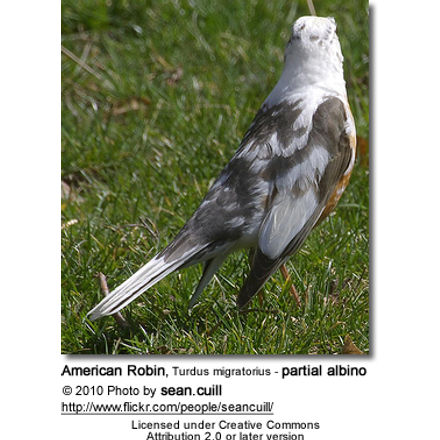 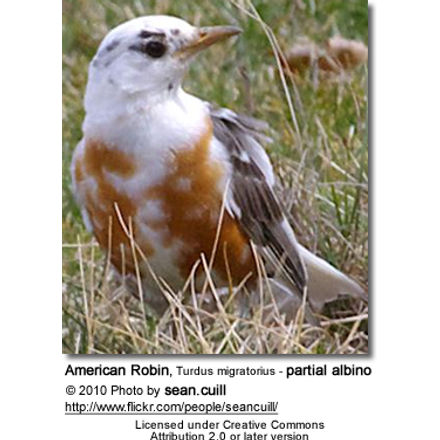 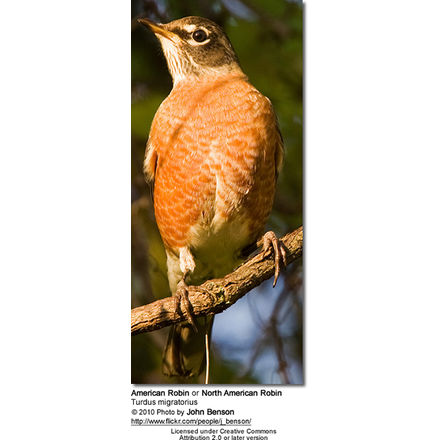 They throughout most of North America, from Alaska and Canada southward to northern Florida and Mexico.

They occasionally overwinter in the northern part of the United States and southern Canada. However, most migrate to winter south of Canada from Florida and the Gulf Coast to central Mexico, as well as along the Pacific Coast. They depart south by the end of August and begin to return north in February and March.

They inhabit woodland and more open farmland and urban areas. They rarely breed in the southern US. They prefer large shade trees on lawns. 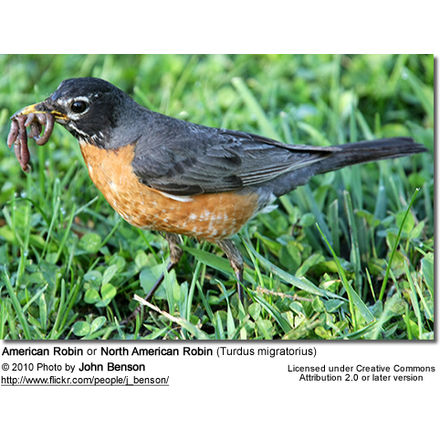 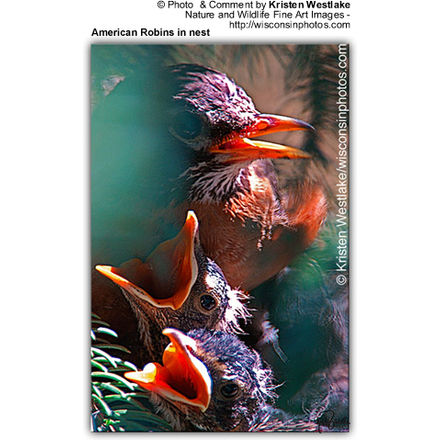 They active mostly during the day and assembles in large flocks at night. Its diet consists of invertebrates (such as beetle grubs and caterpillars), fruits and berries.

It is one of the first bird species to lay eggs, beginning to breed shortly after returning to its summer range from its winter range. Its nest consists of long coarse grass, twigs, paper, and feathers, and is smeared with mud and often cushioned with grass or other soft materials. It is among the first birds to sing at dawn, and its song consists of several discrete units that are repeated.

The American Robin begins to breed shortly after returning to its summer range. It is one of the first North American bird species to lay eggs, and normally has two to three broods per breeding season, which lasts from April to July.

The nest is most commonly located 1.5–4.5 meters (5–15 ft) above the ground in a dense bush or in a fork between two tree branches, and is built by the female alone. The outer foundation consists of long coarse grass, twigs, paper, and feathers. This is lined with smeared mud and cushioned with fine grass or other soft materials. A new nest is built for each brood, and in northern areas the first clutch is usually placed in an evergreen tree or shrub while later broods are placed in deciduous trees. The American Robin does not shy away from nesting close to human habitation. 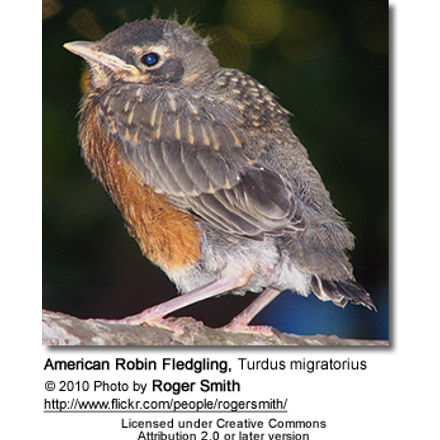 A clutch consists of three to five light blue eggs. The eggs are incubated by the female alone.

The young hatch after 14 days and the chicks are born naked and blind, and are completely dependend on their parents for warmth, feedings and protection. They develop fast, however, and are able to leave the nest about 2 weeks after hatching.

The adult male and female both are active in caring for the fledged chicks until they learn to forage on their own. The young are able to fly short distances after leaving the nest. 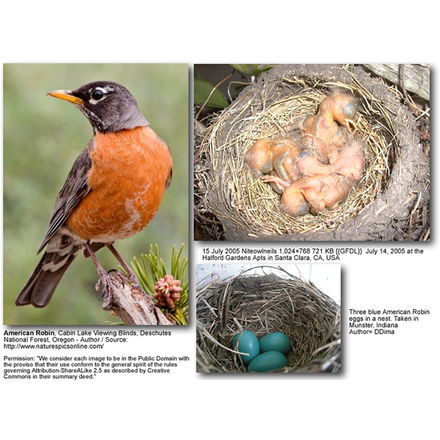 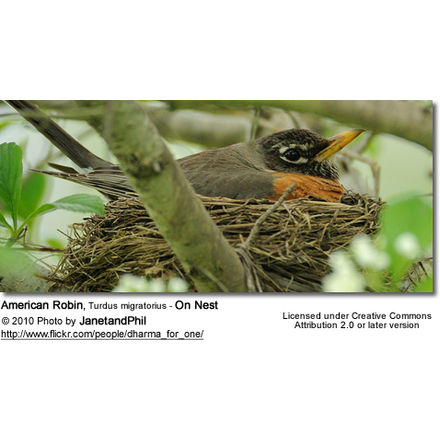