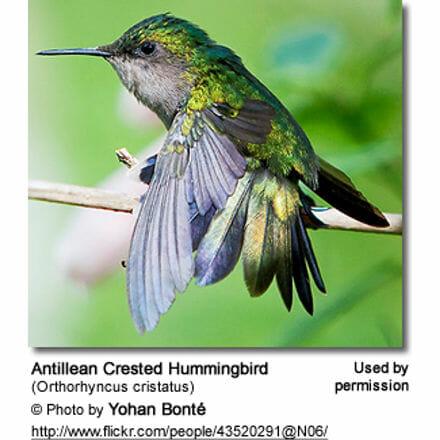 They have also been recorded as vagrants in Florida, USA.

These hummingbirds are usually seen along the forest edge, in clearings and developed areas, such as gardens and parks. 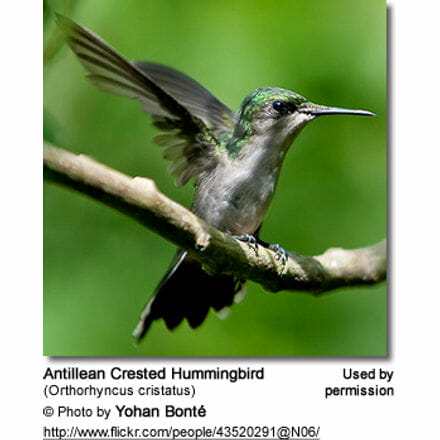 The Antillean Crested Hummingbird is one of the few hummingbirds with a crest, for which it has been named. The plumage is mostly dark, with green, blue and purple iridescence on the head, back, sides and the wings. The male’s underside is blackish, while the female’s under plumage is pale.

Males court females by flying in a u-shaped pattern in front of them. He will separate from the female immediately after copulation.