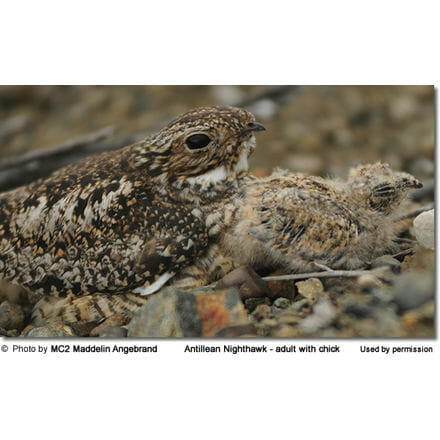 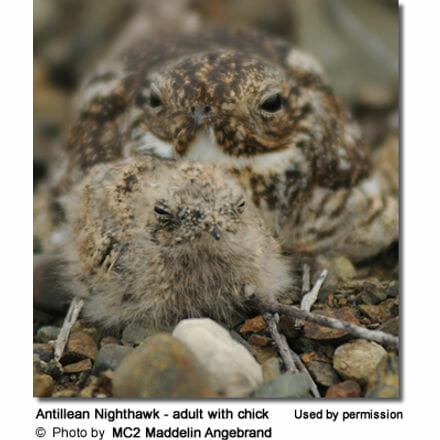 Anyone who’s been stationed on Guantanamo Bay would likely mention the iguanas, banana rats and stray cats, but not so often do we hear of the Antillean Nighthawk, a bird nicknamed Goatsucker. Their nickname comes from a mistaken belief that they suck milk from goats.

These camouflaged, ariel insectivores are commonly found in Cuba, the Dominican Republic and Haiti. Their natural habitat is tropical, lowland forest areas. Nighthawks are nocturnal and tend to catch their meals, such as moths and large insects, in their wings when taking flight during the night. Although these birds sleep during the day, one has been spotted nesting near Joint Task Force Guantanamo’s J-3 building. It seems to have taken a liking to the area and Troopers who work there.

J-3 members noticed the bird nestled in the gravel near their walkway and thought it was weird to see a bird standing its ground.“I thought it was injured at first,” said Mass Communication Specialist 2nd Class Carlos Cepeda. “It would make this barking noise at me anytime I walked by.” This noise is the Nighthawks’ warning signal to ward off predators, because they tend to nest low to the ground, often in gravel beds like the one in front of the J-3 building.

“She’s really hard to see,” said Cepeda. “She blends right in and I worry I might step on her.” Cepeda and his coworkers were intrigued by the bird’s steadfast devotion to the area, and wondered if maybe the friendly bird was looking for a place to lay an egg. They decided to protect her from other Troopers walking by. “Our chief put these rocks around her,” shared Cepeda, “which are larger than the ones she nested in, so others don’t accidentally step on her.”

That’s right, just as they suspected the little strong willed bird laid an egg right in their front yard and seems to not be bothered by their company.

Mass Communication Specialist 1st Class Bryan Dunn, Cepeda’s coworker, said he has always been fascinated with wildlife and couldn’t help but take a liking to their visitor. “She’s a neat bird,” said Dunn. “I was surprised to see she has been there day after day and even with us coming by to check her out, she stays.”

Dunn, who said he loves to photograph nature, took some photos of the nighthawk and in one image it’s difficult to see the bird among all the rocks – and the egg – good luck trying to find it. This camouflaging technique is an important Nighthawk trait; when the bird sleeps during the day, their brownish grey and white mixture of feathers aides in keeping them virtually invisible to predators and humans.“They really blend right in,” admitted Dunn. “There’s one up on Ridgeline Trail who has a baby chick with her. I happened to find her by chance.”

Dunn and a few friends climbed the trail to watch the Independence Day fireworks and unknowingly set their chairs right next to a nesting Nighthawk and her newborn. Nighthawks are said to incubate for around 20 days, so the J-3 office should be expecting another furry friend in about two weeks.

They haven’t decided on a name for either friend, but say they are excited to greet the little one.“We hope she stays safe there, and no one steps on her, said Dunn. “I want to see this egg hatch!”

Nightjars tend to reuse nesting sites if the site is secure enough and food is readily available. Therefore, chances are good that future generations of servicemembers will be able to enjoy them – provided all continues to go well with this bird and its young(s). 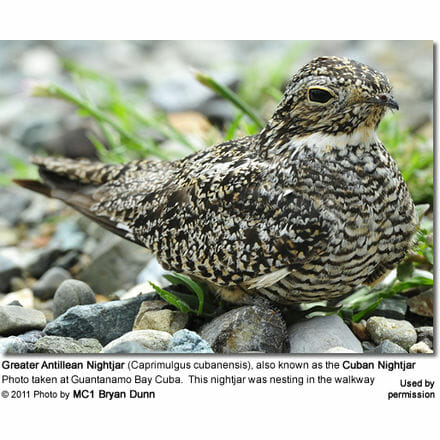