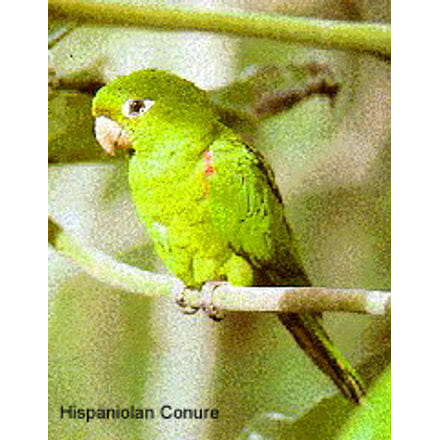 The exceedingly rare Yellow-eared conure (Ognorhynchus icterotis) was never common in aviculture and has not successfully bred in captivity. It is considered critically endangered and is listed in Appendix I of CITES. Its plumage is dark green above and greenish yellow below. The forehead, lores (the region between the eye and bill on the side of a bird’s head) and cheeks are yellow.