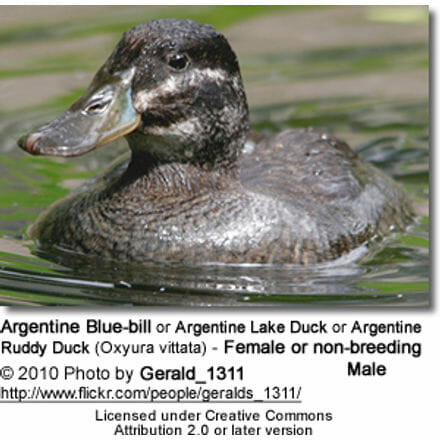 Chile and Argentina, sometimes migrating in winter to southern Brazil and Paraguay.

Clumsy on land since their legs are set unusually far back. They spend most of their time in water where they feed by diving, and rarely fly.

Lake ducks are small, around 640 grams (23 oz), and about 40 cm (16 inches) in length. The male duck (or drake) has a black head, reddish-brown body, and blue bill. The female is less colorful, with a brown body, white throat, and a white horizontal stripe on the side of the head below the eyes.

It is notable for possessing, in relation to body length, the longest penis of all vertebrates; the penis, which is coiled up in flaccid state, can reach about the same length as the animal itself when fully erect, but more commonly is about half the bird’s length.

It is theorized that the remarkable size of the spiny penis with its bristled tip may have evolved in response to competitive pressure in these highly promiscuous birds, removing sperm from previous matings in the manner of a bottle brush.

The males often try to force copulation, but the complex mating geometry allows the females to retain control—most of the forced copulations do not result in successful fertilization. 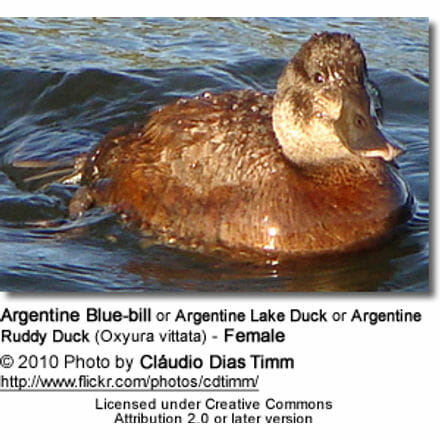