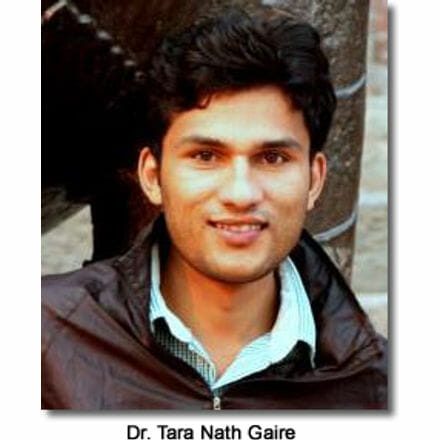 Aspergillosis is an infectious, non-contagious fungal disease caused by species in the ubiquitous opportunistic saprophytic genus Aspergillus, in particular Aspergillus fumigatus. This mycosis was described many years ago, but continues to be a major cause of mortality in captive birds and, less frequently, in free-living birds. Although aspergillosis is predominantly a disease of the respiratory tract, all organs can be involved, leading to a variety of manifestations ranging from acute to chronic infections. It is believed that impaired immunity and the inhalation of a considerable amount of spores are important causative factors. The pathogenesis, early diagnostic methods and antifungal treatment schedules need to be further studied in order to control this disease. The aim of the present review paper is to present the current knowledge on aspergillosis in domestic poultry. The review covers etiology, epidemiology, pathogenesis, clinical signs and lesions, diagnosis, treatment control and prevention of Aspergillosis.

The commercial poultry industry in Nepal is growing tremendously. The contribution of poultry to the national GDP is nearly 3% of total GDP and 8% of the agriculture GDP of the country (Dhakal, 2000). Poultry production in Nepal started since last four decades and now it has been already recognized as one of the most dynamic sector and has taken the position of an industry. A dramatic growth rate in chicken population has been observed since then. The introduction of highly productive breed of poultry, balanced nutrition, modern housing and management practices, disease control measures, adaptation of modern technology and improved marketing system has contributed for the development of poultry industry to develop as a major sector of agribusiness. Together with the increase in commercialization of the industry, more and more diseases are becoming prevalent. Poultry farming has been suffering from many diseases mainly due to lack of biosecurity in the farms, technical knowledge among farmers, faulty shed construction, substandard health and management practices, poor quality of chicks and feeds and environmental and climatic constraints.

Aspergillosis is a disease, usually of the respiratory system, of chickens, turkeys, and less frequently ducklings, pigeons, canaries, geese, and many other wild and pet birds. In chickens and turkeys, the disease may be endemic on some farms; in wild birds, it appears to be sporadic, frequently affecting only an individual bird. It is usually seen in birds 7-40 days old. Chicks and poults may become infected during hatching as a result of inhaling large numbers of spores in heavily contaminated hatching machines or from contaminated litter. In older birds, infection is caused primarily by inhalation of spore-laden dust from contaminated litter or feed or dusty range areas.

In spontaneous outbreaks, mortality ranged between 4.5% and 90%, whereas age of diseased birds varied from 3 days to 20 weeks. Beside direct losses related to mortality, feed conversion and growth rate in recovering birds remain poor. Indeed, airsacculitis is a major reason for carcass condemnation at slaughter inspection.

The fungus grows quite readily on ordinary laboratory culture media at room temperature, at 37oC, and higher. Czapek’s solution agar or Sabouraud’s agar may be used. The colonies are green to bluish green at first and darken with age so as to appear almost black. The colonies vary from velvety to floccose. The conidiophores are short, up to 300µ long by 2-8µ in diameter, the vesicles are apical flask-shaped up to 20-30µ in diameter, the sterigmata are 6-8 by 2-3µ in diameter, in chains forming solid columns up to 400 by 50µ (Thom and Church, 1926).

Leber, according to Lucet (1897) and Van Heelsbergen (1929), succeeded in isolating toxins from cultures of Aspergillus fumigatus. Ceni and Besta (1902) were able to extract toxic materials from spores. A toxin reported by Bodin and Gautier (1906) was similar to bacterial toxins and produced clonicotonic convulsions, paralytic symptoms, and finally death. A toxin obtained by Henrici (1939) was toxic for rabbits, guinea pigs, mice, and chickens. This toxin was hemotoxic, neurotoxic and histotoxic. Rabbits and dogs are very susceptible to Aspergillus toxin. Pigeons, however, which are very susceptible to spontaneous infection, are very resistant to injected toxin.Japanese workers Asakura et al. (1962) studied an allergic skin reaction against an alcoholic precipitate from a mycelial extract of A. fumigatus. Penguins showed severe and prolonged skin sensitivity, whereas pigeons and ducks were quite resistant. Zoo penguins frequently die from A. fumigatus infections.

Forgacs and Carll (1955) selected strains of Aspergillus, Penicillium, and Alternaria isolated from samples of feed associated with outbreaks of a hemorrhagic disease in poultry, and grew the cultures on grain which was fed to day-old chicks. Subsequently the chicks developed hemorrhages of the muscles, lungs, heart, gastrointestinal tract, and liver. Twenty chicks 6 weeks of age were given feed on which the species of Alternaria had been cultured alone; they died and the necropsy revealed hemorrhages throughout the carcass.

Active fungal proliferation and sporulation of A. fumigatus on organic material produce large amounts of airborne small-sized conidia that are easily dispersed in air, then potentially inhaled and deposited deep in the respiratory tract. Susceptible hosts will develop polymorphic clinical forms in relation to either localized or disseminated lesions. Acute aspergillosis generally occurs in young birds resulting in high morbidity and mortality. The chronic form is sporadic. It causes lesser mortality and generally affects older birds, especially breeders in poultry, presenting a compromised immune system due to poor husbandry conditions.

A case of egg-borne aspergillosis was reported by Eggert and Barnhart (1953). They suggested that the fungus had penetrated through the eggshell during incubation and the recently hatched chicks were infected. Another case which was shown to be hatchery-borne was reported by Clark et al. (1954). From 21 ranches where 210,000 chicks were involved, there was mortality of 1-10%. The infection could not be traced to the hatching eggs but was readily found in the incubators, hatchers, incubator rooms, and intake ducts. Symptoms and lesions were noted in some day-old chicks, but generally classical lesions were observed in chicks 5 days of age.

O’Meara and Chute (1959) produced aspergillosis experimentally in hatching chicks. Chicks in the process of hatching and up to 2 days of age were easily infected with A. fumigatus spores by contaminating the forced draft incubator with wheat which had been seeded with A. fumigatus. Chicks older than 3 days of age were resistant to infection.Chute and O’Meara (1961) reported some unusual cases of avian mycosis. Two cases of fungous tracheitis were observed, and in each case the mycelial growth extended through the cartilage

Inhalation is considered the main infection route for A. fumigatus in birds (Oglesbee, 1997), and because A. fumigates spores are too small to be trapped completely in the nasal cavity or trachea, some are able to reach the lungs and air sacs (Fedde, 1998). The air sacs are usually the primary infection sites, since inhaled air reaches the posterior thoracic and abdominal air sacs prior to contacting epithelial surfaces in the lungs (Nardoni et al., 2006). In the lung parenchyma, spores get embedded in the atria and parts of the infundibula in the parabronchus and are engulfed by (surface) phagocytic epithelial cells (Maina, 2002). When there are too many spores or the bird has an impaired immune response, the innate defence mechanisms do not succeed in eliminating infection at the site of the air capillaries. This may lead to the development of loosely attached plaques, which may or may not become overgrown by connective tissue of the host. These plaques or necrotic debris in the respiratory tract can obstruct the trachea or bronchi and/or fill up the air sacs (Oglesbee, 1997). Occasionally, sporulation occurs in the lungs and air sacs (Nardoni et al., 2006; Cacciuttolo et al., 2009). Hyphae containing fruiting bodies can fill the lumen and may penetrate the air sacs, causing serositis and superficial necrosis in the adjacent organs (Tsai et al., 1992). Besides direct extension of the infection through the air sac wall, disseminated mycosis also occurs by haematogenous spread. Hyphae, which are known to be tissue and angio-invasive (Dahlhausen et al., 2004), as well as host cells play a role in this spreading mechanism. Macrophages in the respiratory tract ingest spores and find their way through the interstitium into the blood and lymphatic stream and thus to other organs (Richard and Thurston, 1983).

The relevance of virulence factors in avian aspergillosis is not well known, as research on this is minimal (Peden and Rhoades, 1992; Richard et al., 1994, 1996). Ongoing studies suggest that A. fumigatus conidia may be able to resist killing by the avian respiratory macrophage (Van Waeyenberghe et al., 2009).

Two types of tissue reaction are recognized: the granulomatous or deep nodular form, and the infiltrative or superficial diffuse form. In the first type, neither exudative inflammation nor vascular lesions in the neighbouring tissues are seen. This type of encapsulated reaction develops both in non-aerated and aerated organs (Nardoni et al., 2006; Femenia et al., 2007; Cacciuttolo et al., 2009). In the non-ridged, non-encapsulated infiltrative type, the fungus frequently invades blood vessels. In aerated organs such as the lungs and the air sacs, the fungus may form aggregates of radiating hyphae containing large numbers of conidiophores and conidia in the absence of a structured granuloma formation (Nardoni et al., 2006; Cacciuttolo et al., 2009). A mixed type composed of both tissue reactions in the same tissue section is also possible (Tsai et al., 1992; Atasever and Gümüssoy, 2004).

The popular assumption that the paucity of free avian respiratory macrophages results in an inadequate or incompetent avian respiratory immune system and is therefore responsible for the high susceptibility of birds to respiratory pathogens (Toth and Siegel, 1986) lacks scientific foundation. Instead, the susceptibility of birds to Aspergillus spp. may be attributed to differences in anatomical, physiological and respiratory immune system characteristics compared with mammals (Toth, 2000; Maina, 2002; Tell, 2005).