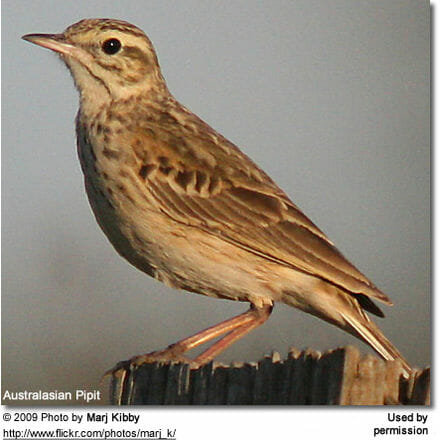 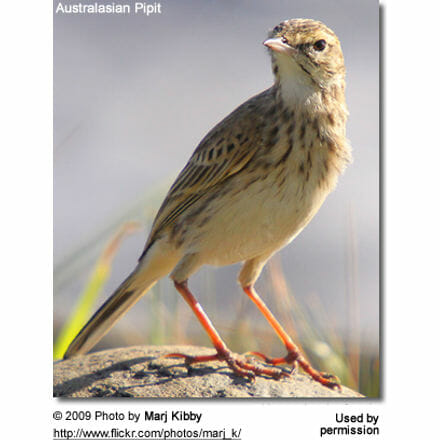 The Australasian Pipit (Anthus novaeseelandiae) is a fairly small passerine bird of open country in Australia, New Zealand and New Guinea. It belongs to the pipit genus Anthus in the family Motacillidae.

It was formerly lumped together with the Richard’s, African, Mountain and Paddyfield Pipits in a single species: Richard’s Pipit, Anthus novaeseelandiae. Some authors split the Australasian Pipit further into two species:

The plumage is pale brown above with dark streaks. The underparts are pale with streaks on the breast. There is a pale stripe over the eye and dark malar and moustachial stripes. The long tail has white outer-feathers and is often wagged up and down. The legs are long and pinkish-brown while the bill is slender and brownish.. 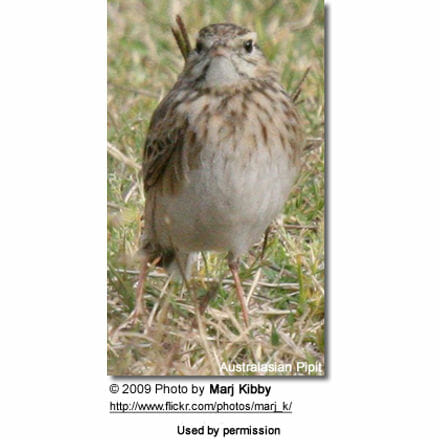 It has a sparrow-like chirruping call and a drawn-out “tswee” call.

It forages on the ground for small invertebrates such as beetles, spiders and insect larvae. It will also eat seeds such as those of grasses.

It is a bird of open habitats such as grassland, farmland, roadsides, dry river beds, sand dunes and open woodland.

The breeding season begins in August. The cup-shaped nest is placed at the base of vegetation or in the shelter of a stone. It is made of grass and built by the female.

Two to five eggs are laid, three or four being most common. They are buff-white with brown blotching and are incubated for 14 to 15 days.

The young birds are fed by both parents and are able to fly after 14 to 16 days. 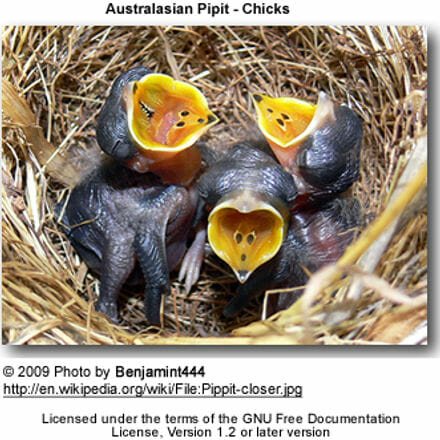 The birds’ numbers have declined in parts of New Zealand due to the improvement of pastures, use of pesticides and predation by introduced species. 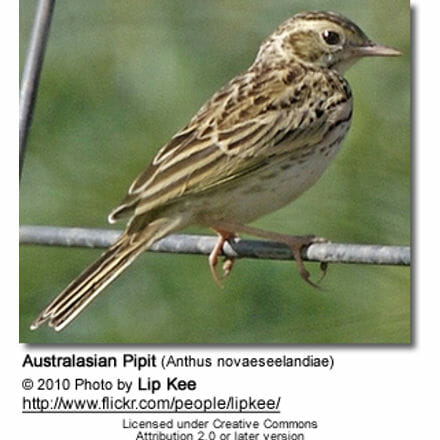 A number of subspecies are recognized: