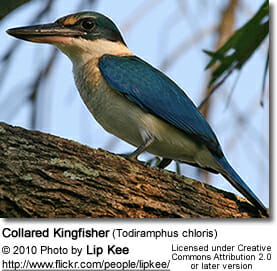 Forest Kingfisher (Todiramphus macleayii), also known as the Macleay’s or Blue Kingfisher- Range: Found on or near the Australian Coastline from Port Stephens in New South Wales northwards to Cape York and westwards across the Top End. It is a summer visitor in the southern parts of its range in New South Wales and southern Queensland Red-backed Kingfisher (Todiramphus pyrrhopygius) – Range: Native to most of Australia. It is a summer visitor to the southeast of the country; elsewhere it is resident all year round. It inhabits dry forests, Mulga and Mallee Woodlands and Shrublands, to savannah. It avoids denser forests 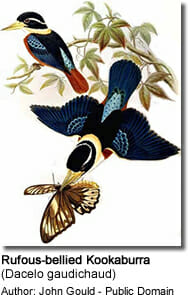 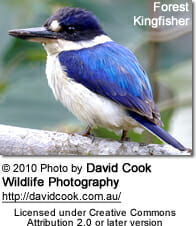