The Band-tailed Pigeons, Patagioenas fasciata, are medium-sized birds of the Americas. Its closest relatives are the Chilean Pigeon and the Ring-tailed Pigeon, which form a clade of Patagioenas with a terminal tail band and iridescent plumage on their necks. 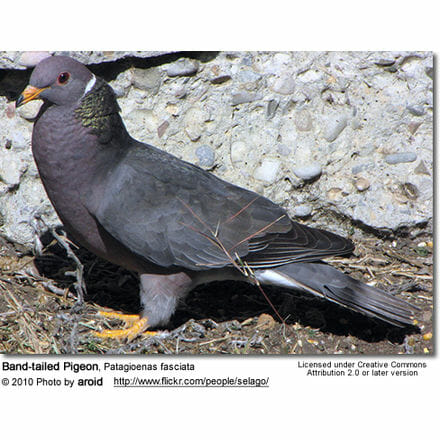 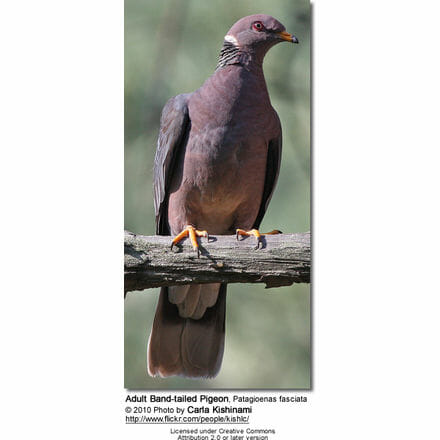 The Band-tailed Pigeon, Patagioenas fasciata, is a medium-sized bird of the Americas.

Its closest relatives are the Chilean Pigeon and the Ring-tailed Pigeon, which form a clade of Patagioenas with a terminal tail band and iridescent plumage on their necks.(Johnson et al., 2001)

It ranges from British Columbia, Utah, and Colorado south in higher elevations through Mexico and Central America to northern Argentina. In autumn it migrates out of the part of its range north of California, New Mexico, and west Texas.

It is found at altitudes from 900 m to 3600 m, generally in oak, pine-oak, and coniferous forests

Outside the breeding season it forms flocks, sometimes over 50 birds, and often becomes nomadic, following the acorn crop or moving to lower altitudes or other areas outside its breeding range.

The plumage is gray, somewhat darker above. The head and underparts have a faint pink cast, especially in the adult male; the belly is nearly white. The distal half of the tail is also pale (except in the subspecies of Baja California), whence the English name. The bill and feet are yellow, good identification marks at sufficiently close range. Adults have green iridescence on the back of the neck, adjacent to a thin white collar on the nape. 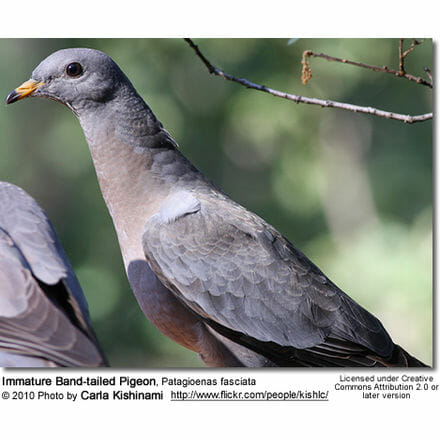 This species is relatively quiet for a pigeon. Its voice is low-pitched and owl-like, often in two-syllable calls that rise and then fall (huu-ooh) with even spacing between calls.

It feeds on seeds, notably acorns. Toyon berries are a food consumed by the Band-tailed Pigeon.

It builds a rudimentary platform nest out of twigs, in which it lays one or two eggs.

The parasitic louse Columbicola extinctus, believed to have become extinct with the extinction of the Passenger Pigeon, was recently rediscovered on the Band-tailed Pigeon. 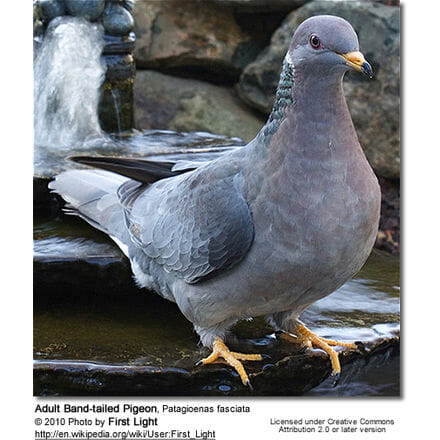 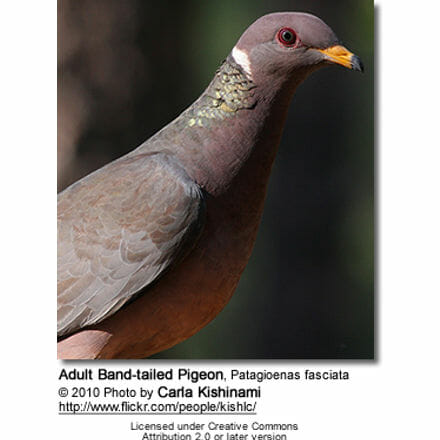 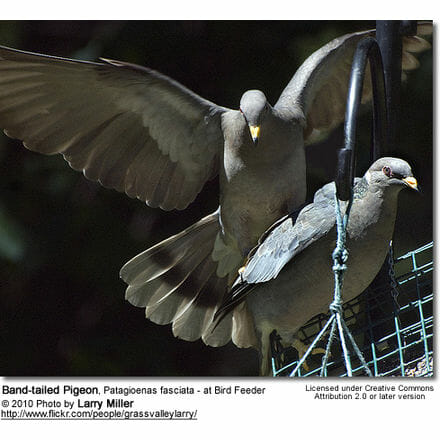 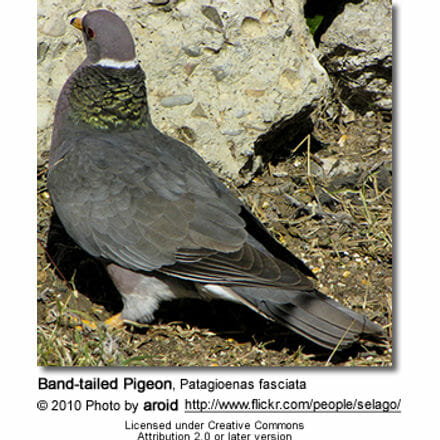