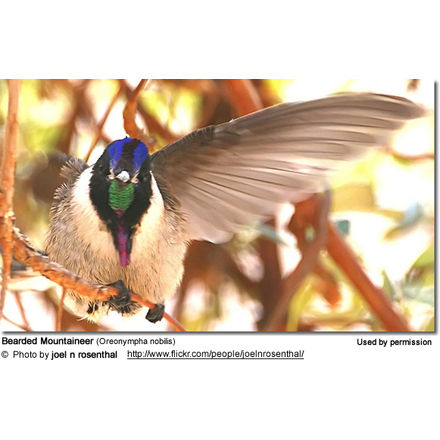 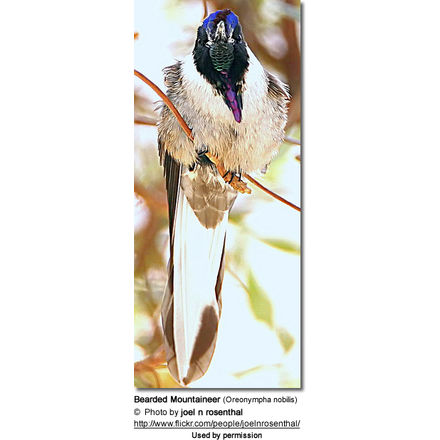 The Bearded Mountaineer (Oreonympha nobilis) is a South American hummingbird that is native to Peru, where they occur in subtropical or tropical high-altitude shrubland at elevations from 2,500 meters (8,200 feet) to 3,700 meters (12,100 feet). However, they are most abundant above 3,600 meters (11,800 feet).

The adult male’s forehead, the center of his crown (top of his head), the cheeks and sides of his throat are black; the rest of his head is dark blue.

His throat is glossy green, followed by a tuft of elongated metallic reddish-purple feathers.

The upper plumage is a coppery brown. The sides of the neck and under plumage are greyish-white, mottled faintly with brown on the abdomen and sides.

The bill and feet are black. The stout bill is longer than the head with a slight downward curve.

Females and Immatures: They look similar to the male, but the center of their crown is chestnut-colored and the rest greenish-blue. The sides of the face and throat are black. The center of the throat is glossy green; and they lack the tuft of the adult male. The under plumage is brownish-white. 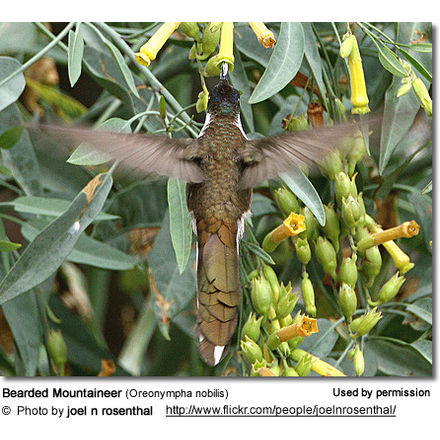 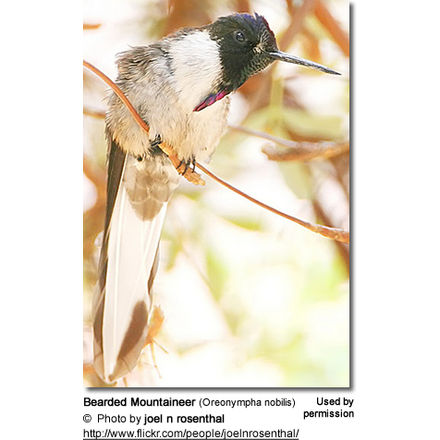 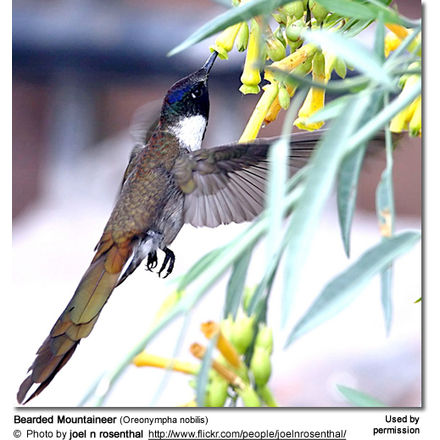 The Bearded Mountaineer Hummingbirds primarily feed on nectar taken from a variety of brightly colored, scented small flowers of trees, herbs, shrubs and epiphytes. They favor flowers with the highest sugar content (often red-colored and tubular-shaped) and seek out, and aggressively protect, those areas containing flowers with high energy nectar.They use their long, extendible, straw-like tongues to retrieve the nectar while hovering with their tails cocked upward as they are licking at the nectar up to 13 times per second. Sometimes they may be seen hanging on the flower while feeding. 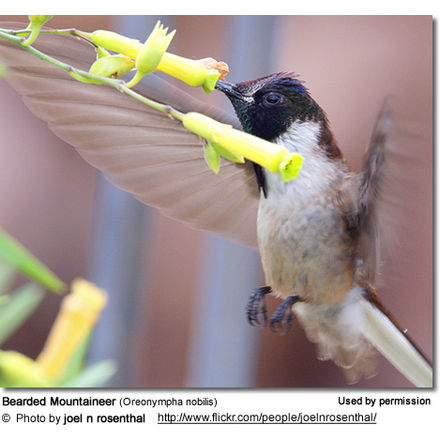 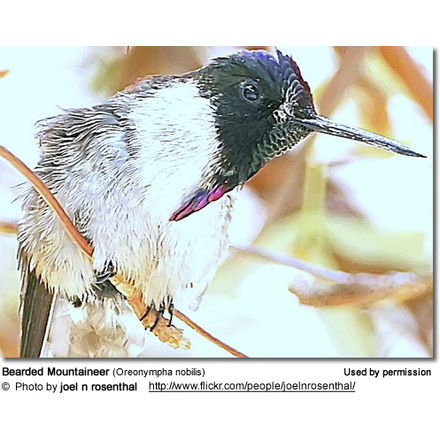