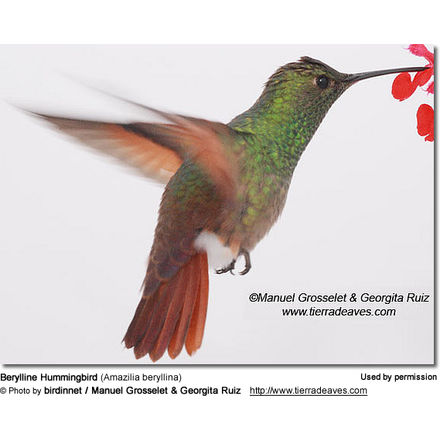 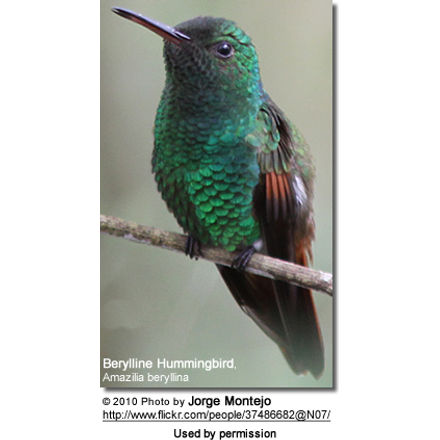 The Berylline Hummingbird, Amazilia beryllina, sometimes placed in genus Saucerottia) is named after the sea green gem beryl – as the dominant color of this bird closely resembles the color of this gem. (Berylline = like a beryl).

In the A Guide to the Birds of Mexico and Northern Central America, Howell and Webb, Howell splits Beryllines into two groups (beryllina and devillei) ..  He states that these two groups are as distinct as many currently recognized species and warrants taxonomic investigation. 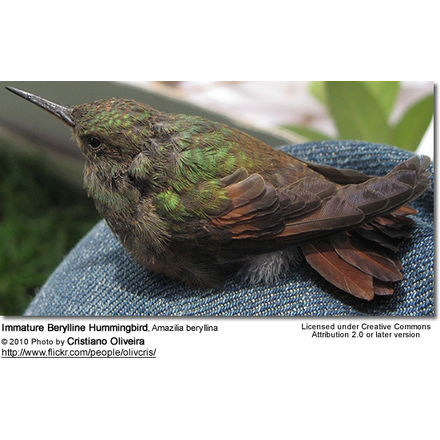 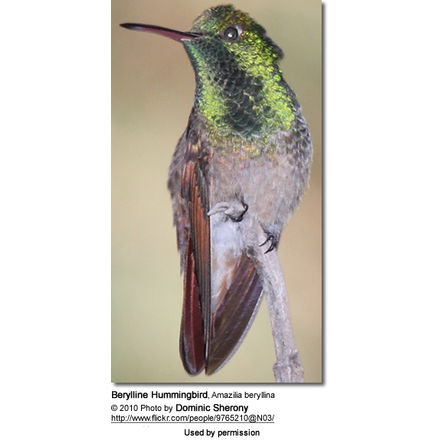 They are endemic to the western and southern highlands and foothills of Mexico and northern Central America, south to Guatemala, El Salvador and Honduras. On the Atlantic Slope, it occurs locally from central Veracruz to Honduras.

As they don’t regularly breed in the United States, some sources list the Berylline as an accidental species (non-native vagrants). Some authorities describe them as “rare, but regular visitors” to the “Mexican Mountains” with a few nesting records in the Madrean sky islands region. The Berylline Hummingbird is one of three hummingbird species found in Arizona and is among the rarer of southeastern Arizona’s hummingbird species.

They have only been few sightings in New Mexico.

Preferred Habitat: They prefer pine oak and pine forests and tropical deciduous forests and canyon thickets. They are very common in dry temperate forests and are often found near streams. They are usually found at an elevation from 3000 to 10000 feet (~ 900 – 3000 meters).

Behavior: These solitary and aggressive birds will fiercely defend their feeding territory and will chase intruders away from their favorite perching locations. They are common visitors found at hummingbird feeders. 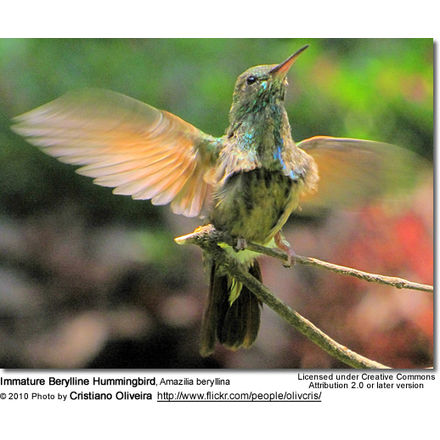 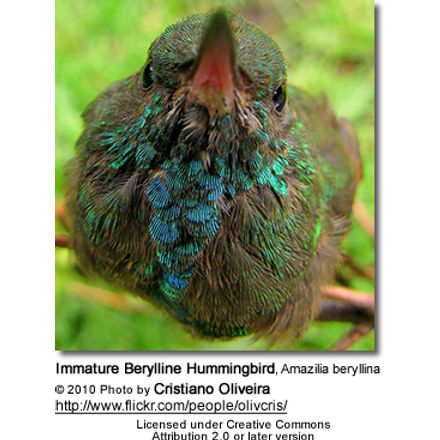 It has a distinctive bright iridescent turquoise-green head, throat and chest that contrast against the darker cinnamon red wings and tail. The lower abdomen is buff to whitish-gray.

The tail is dark with a purple violet sheet. The undertail feathers can show a rufous tinge.

The bill is straight and slender. The upper bill is black and the lower bill is red-orange.

Adult Female: Similar to the male, but her plumage is duller. 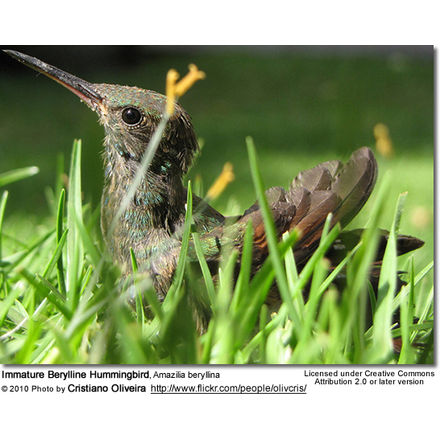 The cup-shape nest is constructed by the female alone. She uses plant fibers that she weaves together. The outside of the nest is camouflaged with green moss. She lines the nest with soft plant fibers, animal hair and feather down, and strengthens the structure with spider webbing and other sticky material, giving it an elastic quality to allow it to stretch to double its size as the chicks grow and need more room. The nest is placed in a sheltered location, typically in a shrub, bush or tree on low, thin horizontal branches.