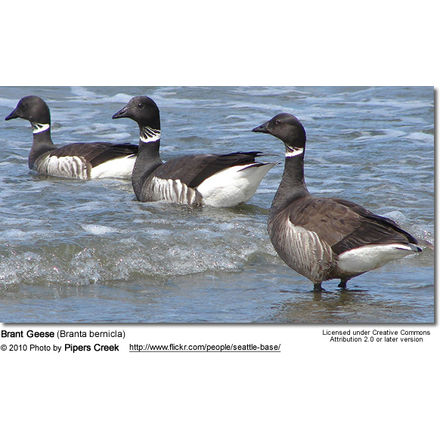 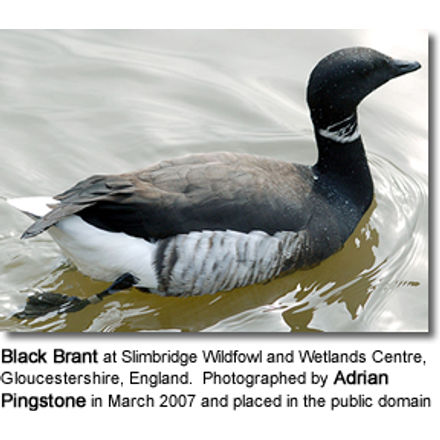 The Brant Geese (Branta bernicla) – also known in North America as Brants, Brent Geese or Black Brants – are small, blackish geese that breed in the extreme high Arctic in all northern countries.

Their range extends from Greenland to Svalbard and northern Russia, continuing through coastal Alaska and Arctic Canada.

These geese have distinguished themselves amongst geese for their strong, efficient flight over extraordinary distances that may involve several thousand miles as they migrate to and from their breeding territories.

The small and short-necked Brent Geese measure about 25 inches or 60 cm in length. They are about the size of mallards (ducks). The plumage is mostly dark except for their small white neck patches and white undertail feathers. The bill is short and stubby. 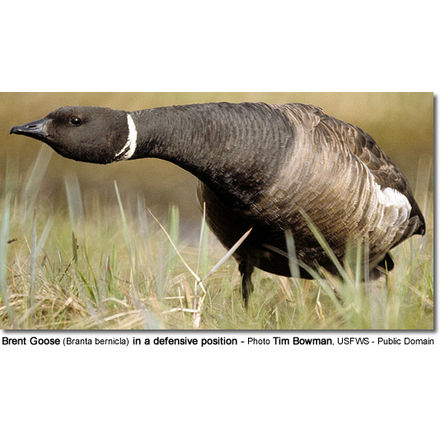 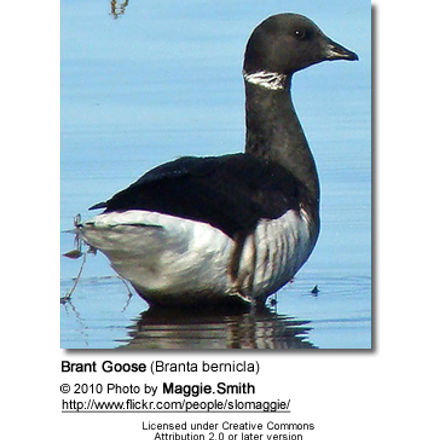 The species is divided three subspecies: 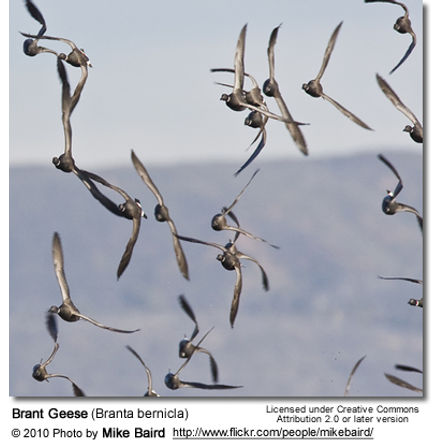 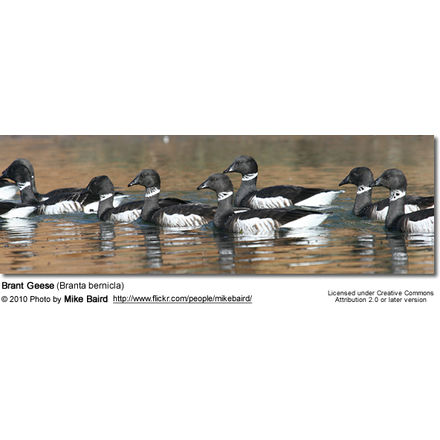 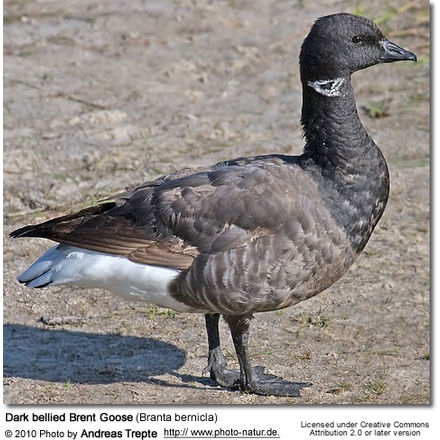