The broad-tailed parrots (Platycercini, sometimes considered a subfamily: Platycercinae) are small to medium in size parrots.

They are native to Australasia, Australia in particular, but also New Zealand, New Caledonia, and nearby islands. 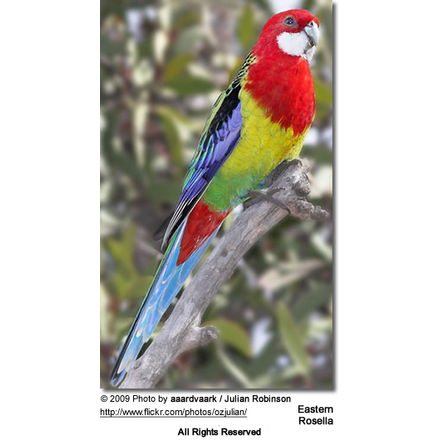 The following genera are traditionally placed in this tribe, but this inclusion is either incorrect (Budgerigar) or at least doubtful based on by molecular studies.