The broadbills are a family of small perching birds, Eurylaimidae. 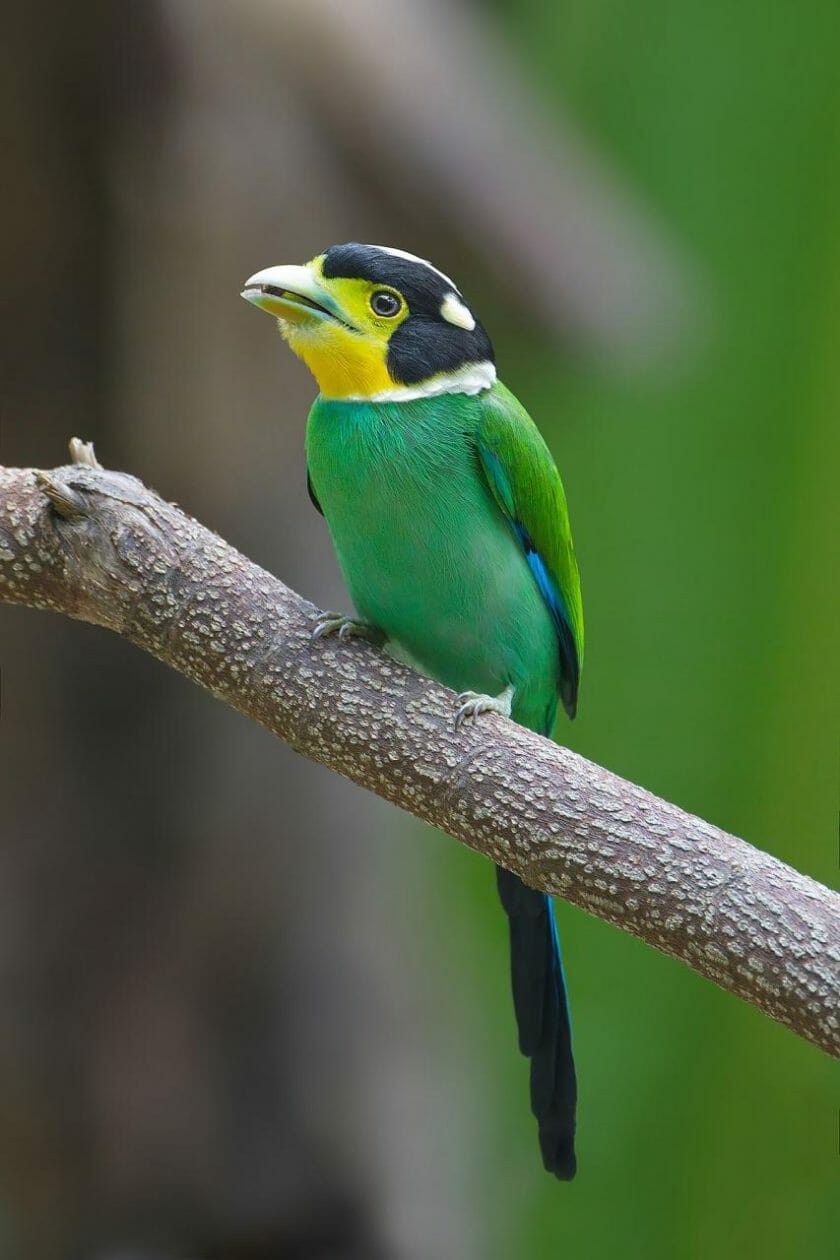 Many of the broadbills are brightly coloured birds. They range from 13 to 28 centimetres in length, and live in the dense canopies of wet forests, allowing them to hide despite their brightly coloured plumage. The plumage of the three African broadbills in the genus Smithornis is in contrast dull and streaked. The bills, which give the family their common name, are broad, flat and hooked.

The broadbills are for the most part insectivorous and carnivorous. Prey taken include insects, spiders, centipedes and millipedes, as well as lizards and tree frogs. Prey is obtained by sallying from a perch to snatch it in flight, and gleaning the prey off leaves and branches while flying. Some species may take some fruit, but only the green broadbills of the genus Calyptomena and the African Green Broadbill are primarily frugivores (which also take some insects as well).

They are generally gregarious, with many species moving about in flocks of about 20 individuals. Broadbills attach their purse-shaped nests to suspended vines, and leave a tail of fibres hanging below it. This gives the nest the appearance of being random debris caught in the tree, an effect further enhanced by the birds covering the nest with lichen and spider webs. Broadbills typically lay two to three eggs.

There are five subfamilies of broadbills: