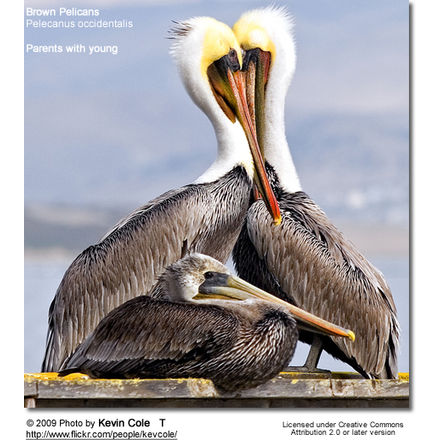 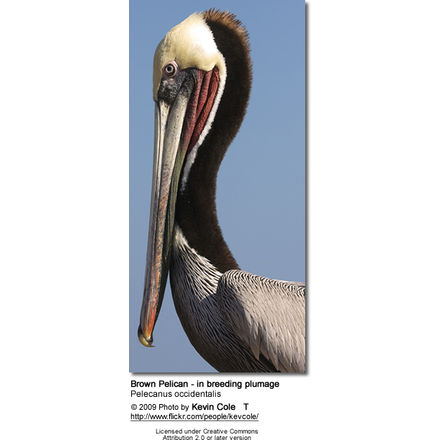 The Brown Pelican (Pelecanus occidentalis) is a small pelican. Its maximum lifespan is about 30 years; however ocean pollution is considered the biggest threat do its existence.

The Eastern Brown Pelican is the State Bird of Louisiana.

The Peruvian Pelican (Pelecanus thagus) was once considered a subspecies of the Pacific Brown Pelican. However, taking into consideration their separate ranges and considerable size differences, it has been reclassified as a separate species.

They are found on coast lines in the Americas from Washington and Virginia south to northern Chile. They also inhabit the mouth of the Amazon River, and the island of Saut d’Eau in Trinidad and Tobago. Young birds may stray to inland freshwater lakes.

After the breeding season, the North American Brown Pelicans migrate in flocks further north along the coasts.

The Brown Pelican is protected by the Migratory Bird Treaty Act of 1918. 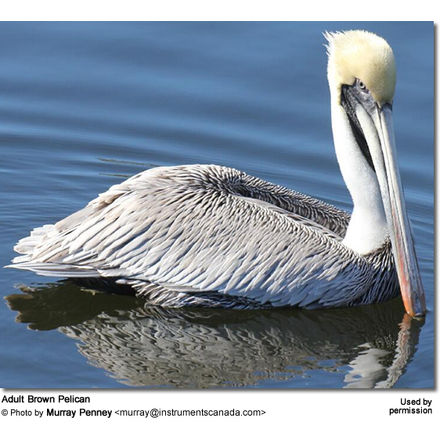 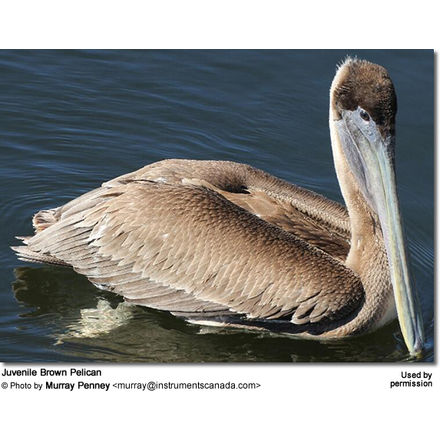 The plumage is predominantly brown with some whitish / black markings. The head and neck of the adult (male or female) is yellowish white.

Juveniles are mostly brown (including head and neck).

Similar Species: This bird is distinguished from the American White Pelican by its brown body and its habit of diving for fish from the air, as opposed to co-operative fishing from the surface.

Its main diet consists of herring-like fish, amphibians as well as crustaceans.

Brown Pelicans nest in colonies, generally on islands. The bulky stick nest is typically located on the ground on an island or in a low tree.

The average clutch consists of 3 eggs. The chicks eat around 150 lbs. of fish in the 8-10 month period they are cared for by their parents. 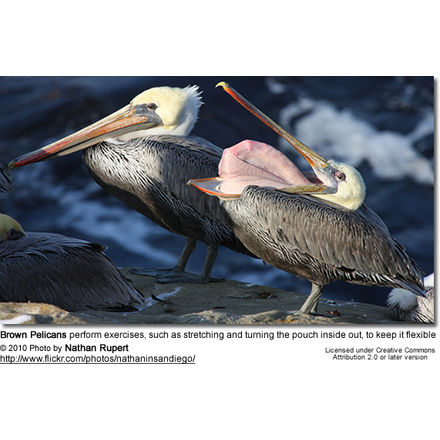 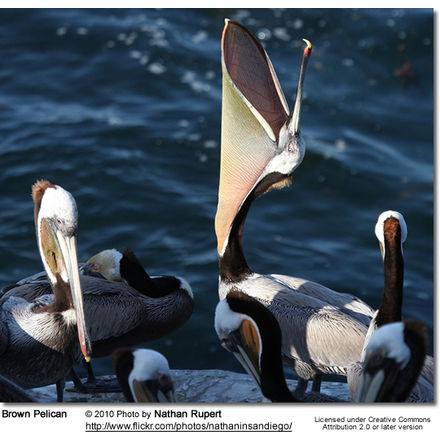 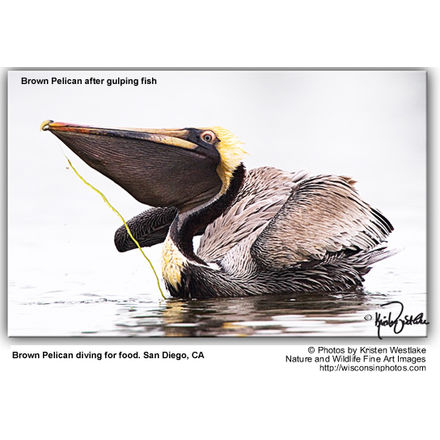 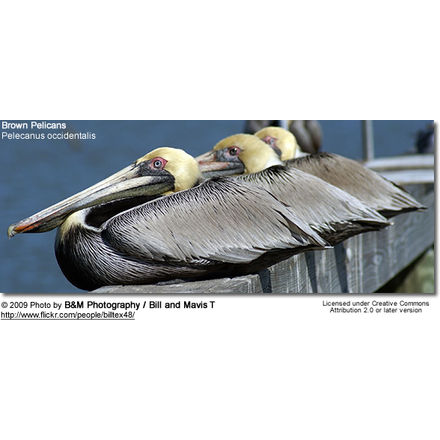 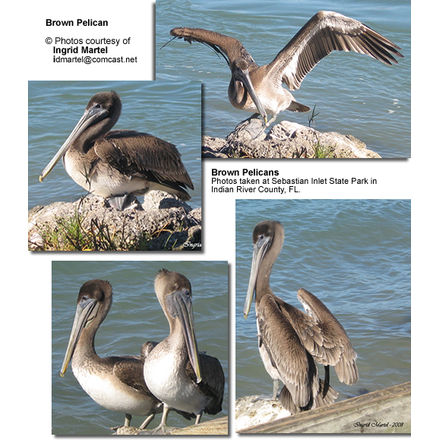 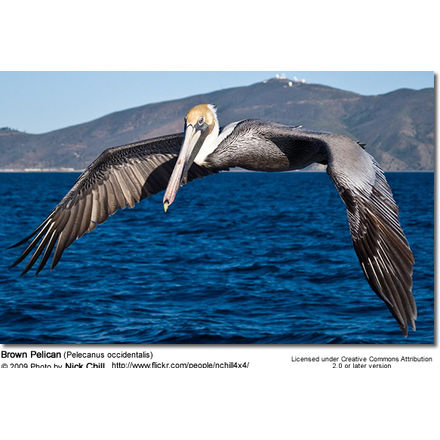 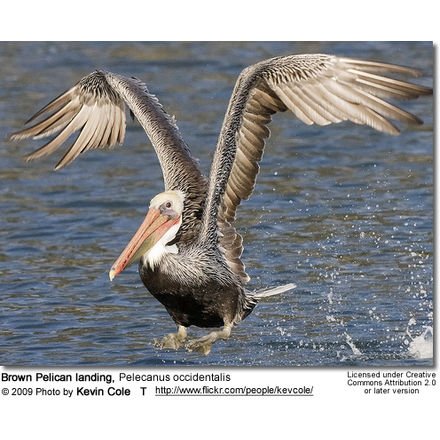 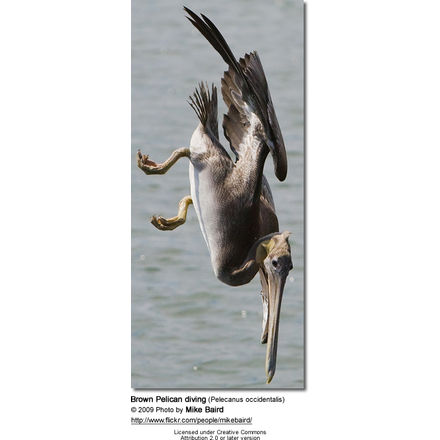 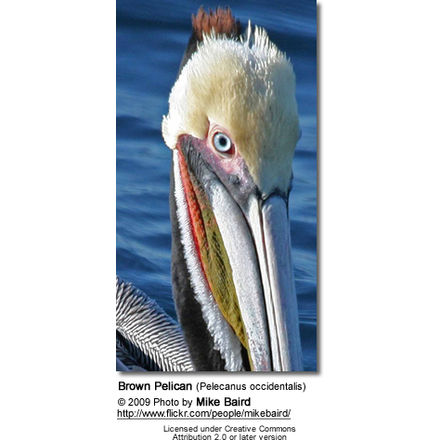 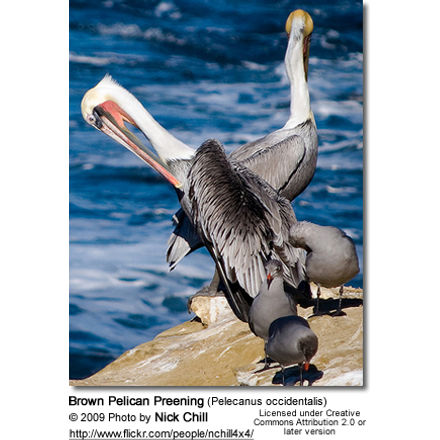 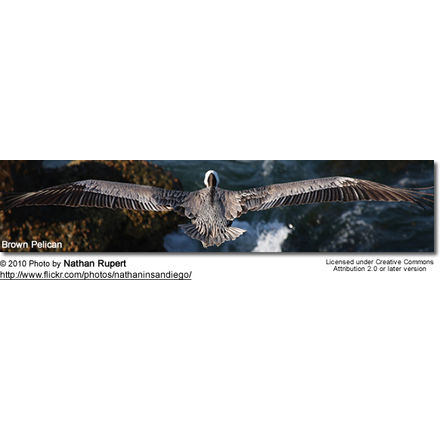