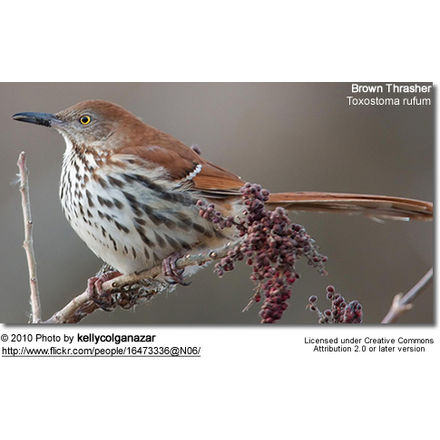 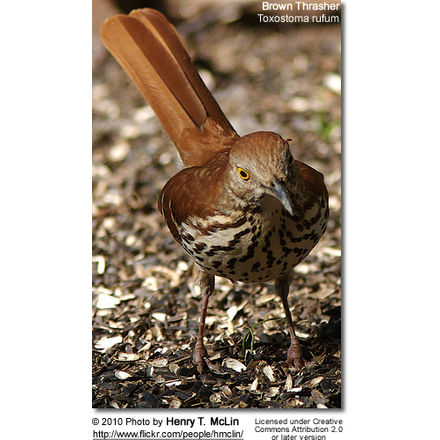 The Brown Thrasher (Toxostoma rufum) is a species of thrasher, part of a family of New World birds (Mimidae) that includes New World catbirds and mockingbirds. It is sometimes erroneously called the Brown Thrush.

The Brown Thrasher is the official state bird of Georgia, and the inspiration for the name of Atlanta’s National Hockey League team, the Atlanta Thrashers.

The Brown Thrasher is, as the name suggests, mostly brown or reddish-brown above, with a white breast and throat streaked with brown, and two white bars on each wing. It has a long tail, and its beak is also relatively large and somewhat curved. Adults average about 29 cm (11.5 inches) in length.

It is difficult to see all this bird, however, as the bird is a retiring type that prefers thickets and heavy brush, often searching for food in dry leaves on the ground. In fact, it is more likely to be heard than seen, not only because of the rattling of leaves, but also because of its call, a sharp lip-smacking type sound.

This bird is omnivorous, eating insects, berries, nuts and seeds, as well as earthworms, snails and sometimes lizards. 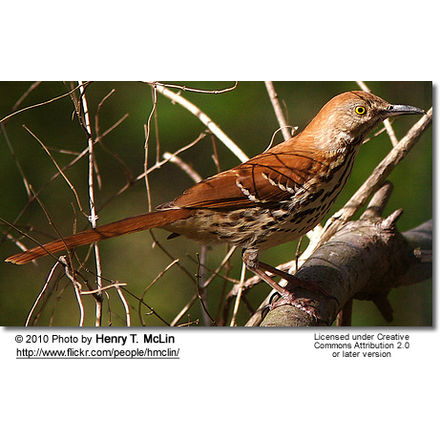 It is found in thickets and dense brush, often searching for food in dry leaves on the ground. Its breeding range includes the United States and Canada east of the Rocky Mountains.

It is a partial migrant, with northern birds wintering in the southern USA, where it occurs throughout the year. There is a single British record of this unlikely transatlantic vagrant.

They are able to call in up to 3000 distinct songs. The male sings a series of short repeated melodious phrases from an open perch to defend his territory and is also very aggressive in defending the nest. 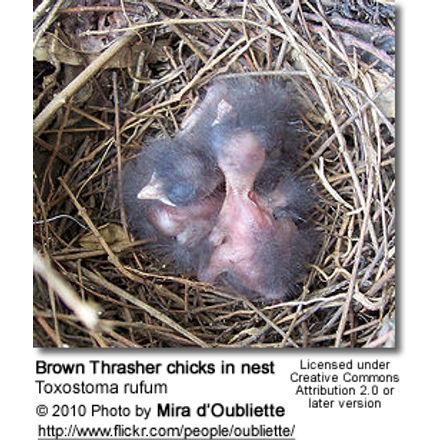 The female lays 3 to 5 eggs in a twiggy nest lined with grass. The nest is built in a dense shrub or low in a tree. Both parents incubate and feed the young. These birds raise two or three broods in a year.

Although this bird is widespread and still common, it has declined in numbers in some areas due to loss of suitable habitat. 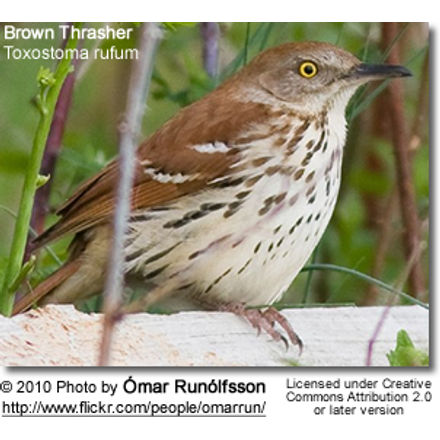 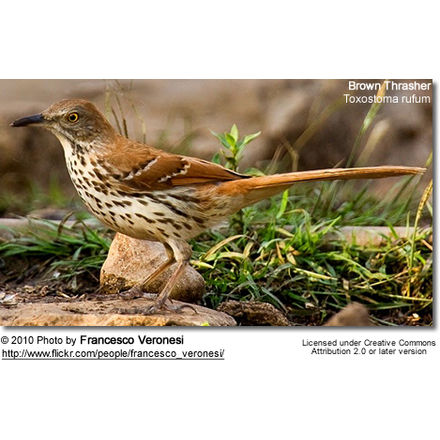 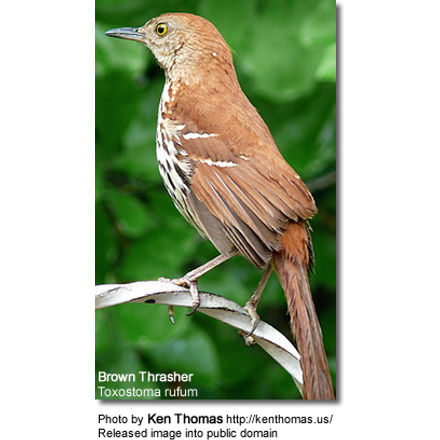