The Cardinals or Cardinalidae are songbirds found in open woodland areas of North and South America. The Cardinals are seed-eating birds with strong bills. 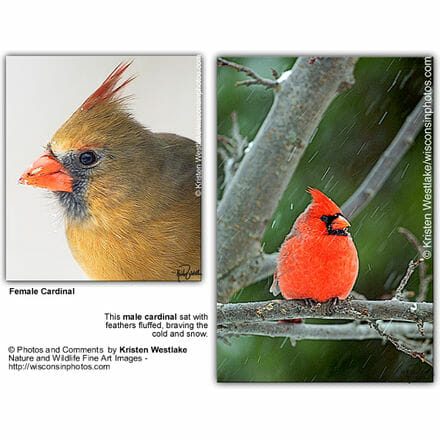 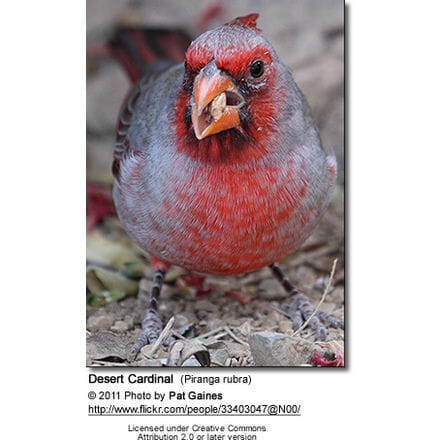 The Cardinals or Cardinalidae are songbirds found in open woodland areas of North and South America.

The Cardinals are seed-eating birds with strong bills.

This species was named by colonists for the red plumage of the male Northern Cardinal, which is regarded as the best example of the generic characters of the genus; and the fact that the color is reminiscent of the Catholic cardinal’s vestments.

Males and females have distinct plumages, with the males having more red markings and the females being mostly brownish in color.

This species ranges in size from 4.7 inches to 9.8 inches depending on the family. 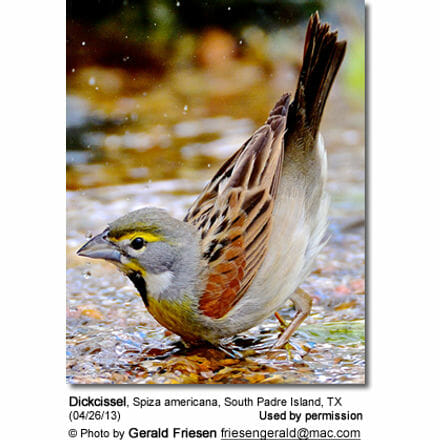 Cardinals typically mate for life. As part of their bonding behavior, males will collect food and feed the female beak-to-beak; or – during the breeding season – he will carry nesting materials, such as twigs, in his beak, taking it to the female to build the nest with. She will crush the thin twigs with her beak to make them pliable, and then pushes them as well as tree bark under her body into a cup shape with her feet. She lines the nest with plant material, such as grasses, stems, rootlets and pine needles. Nest construction usually aces about 3 – 9 days and is generally about 2 – 3 inches (5 – 8 cm) tall and 4 inches (~10 cm) across. The nests are usually well-concealed in dense shrub or a low tree about 3 – 10 feet (1 – 3 meters) off the ground. She builds a new one each season. 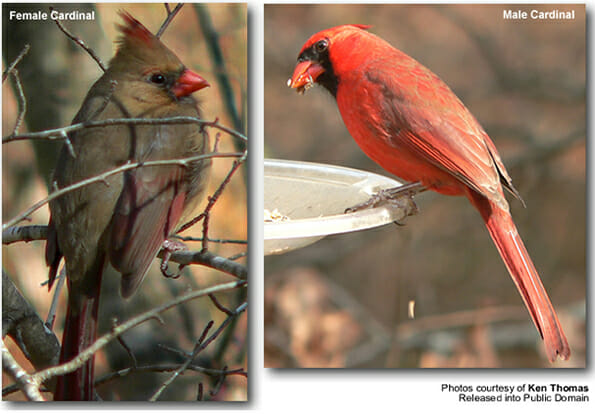 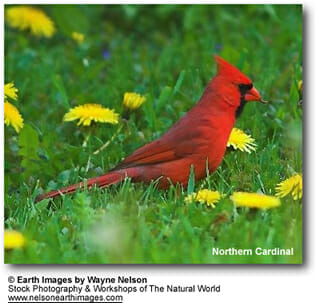 Cardinals mostly feed on seeds, which make up about 90% of its diet. They typically forage on the ground.

The oldest wild Cardinal lived at least 15 years and 9 month. One captive bird reached 28.5 years. Chicks have a high mortality rate as they are commonly preyed on by other birds, reptiles or mammals