In Asia, chickens with striking plumage have long been kept for ornamental purposes, including feather-footed varieties such as the Cochin and Silkie from China and the extremely long-tailed Phoenix from Japan.

Asian ornamental varieties were imported into the United States and Great Britain in the late 1800s. Poultry fanciers then began keeping these ornamental birds for exhibition, a practice that continues today. From these Asian breeds, distinctive American varieties of chickens have been developed. 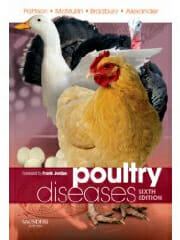 Today, some cities in the United States still allow residents to keep chickens as pets, although the practice is quickly disappearing. Individuals in rural communities commonly keep chickens for both ornamental and practical value. Some communities ban only roosters, allowing the quieter hens.

Many zoos use chickens instead of insecticides to control insect populations. (Chicken may not be practical for most households — the Green and Healthy website provides alternative safe and natural insect control methods.)

The birds will need a secure place to sleep at night. This can be a simple or as elaborate as you like. For only a few birds which are allowed to free roam during the day, a large dog house type structure with a locking door will serve just fine. Some kind of bedding such as straw, decomposed non-toxic saw dust, wood shavings or other suitable materials should be provided on the floor.

Please note that wood shavings – such as pine, cedar and redwood – give off aromatic hydrocarbons (phenols) and acids that are toxic and very damaging to the respiratory tract. They should not be used in cages, aviaries, or nestboxes. Nest boxes will make egg collection easier.

If the birds are left in the structure during the day, a larger more elaborate structure would be necessary. Chicken naturally return to the same spot to roost everynight. That means on most occasions they will put themselves to bed and your only job is to make sure the door is shut and locked before nightfall. It is best to count the birds each night as sometimes a bird will not find her way back into the coop.

A bird left out at night is likely to be taken by a racoon or other nocturnal predator. Most chickens can not fly well and are easily contained with 3-4′ fencing.

Birds which are allowed to roam the yard during the day are quite effective at controlling insects of all types. The birds will pick at plants and grass and may cause some damage to ground-covers with their scratching.

Areas of bare dirt will benefit from the weed control and soil cultivation provide by the birds in their never ending search for food.

Also chickens will eat most any kind of food scraps. It can be quite satisfying to see unuseable food items turned into eggs by these able recyclers.

The eggs themselves can be quite different from the store purchased variety. Fresh yolks are quite “perky” and stand tall above the white. The yolk color is frequently a deeper color than the pale yellow of commercially raised eggs and can at time be almost a dark orange.

The pleasure of picking up a freshly laid egg still warm to the touch is not to be overlooked.

Growing chickens can easily be tamed by feeding them a special treat such as mealworms in the palm of one’s hand, and by being with them for at least ten minutes daily when they are young.

However, even older birds can be tamed considerably by hand feeding leftover table scraps to the birds.

It can be fun to help the birds forage by turning rocks over and watching them grab worms and bugs that typically can be found in these dark, moist areas.

The chickens quickly associate you with a source of food and will become your constant companion when you are both in the yard.

A former recurring skit on the weekly comedy show Saturday Night Live featured a chicken pet store with the Chinese owner (as played by Dana Carvey) not wishing to sell to customers on the basis that “Chickens make lousy house pets.”