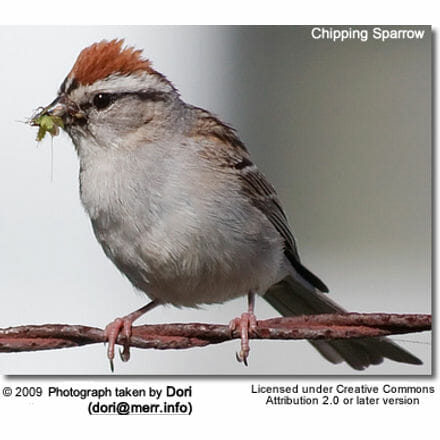 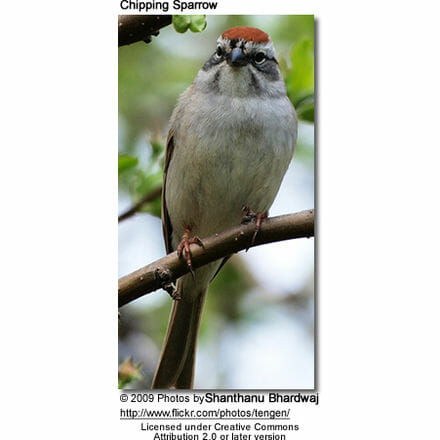 The Chipping Sparrows (Spizella passerina) are widespread and common across most of their North American range. These sparrows often visit gardens and can grow quite confiding. 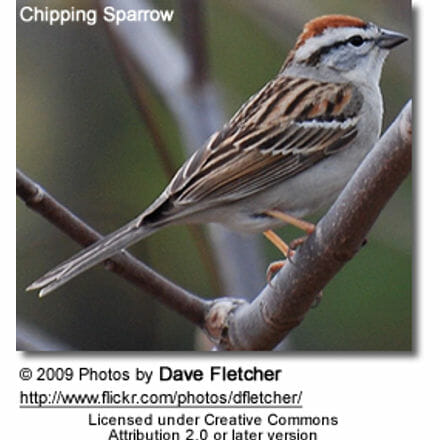 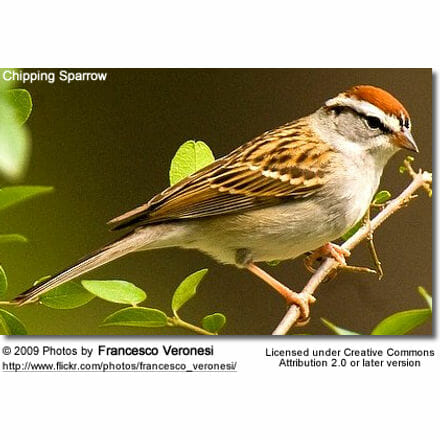 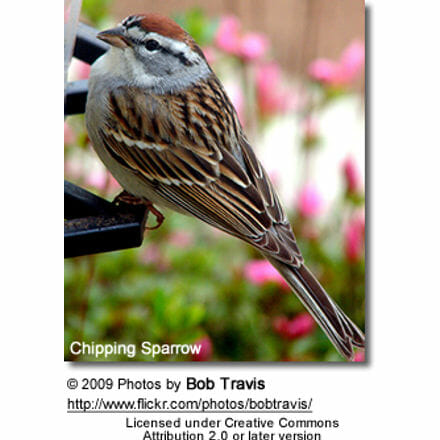 Outside the breeding season, adults have brownish cap, an orangey-rust upper plumage and are grey below. The plumage is less prominently marked. They have dusky eyebrows and dark eye-lines.

When breeding, they have a nearly white supercilium (line above each eye), and a black trans-ocular line (running through the eye).

Juveniles are prominently streaked below. They have dark eye-lines, extending both in front of and behind the eyes. The brownish cap and dusky eyebrow are variable but generally not as defined in young birds.

Chipping Sparrows are partially migratory and move south for the winter. Flocks of them typically travel at night; and during their spring and fall migrations, their flight calls are characteristic night sounds in the United States. Outside the breeding season, they are usually found in flocks with other Chipping Sparrows or with other species, such as Eastern Bluebirds and Pine Warblers.

Usually arrive in their breeding territories in March through May.

In western North America, they prefer conifer forests for breeding.

They migrate to southern United States and Mexico for the winter.

Most breeding activities have been observed between late April to May. Upon arrival in the breeding range, males establish territories from which they sing to attract females.

Their songs vary by region. They produce both fast and slow trills. The individual elements in the trill are very similar to a high pitch “chi chi chi” call. During the breeding season, the males trilled songs can easily be heard.

They mostly feed on seeds; and researchers in Arizona researchers found that they eat seeds every few seconds, consuming more than 2 pounds of seed – which is 70 times their body weight.

They will visit local bird feeders, but are generally shy when other birds are present.