The members of this genus are found in the forests of tropical and subtropical southeast Asia and adjacent regions. 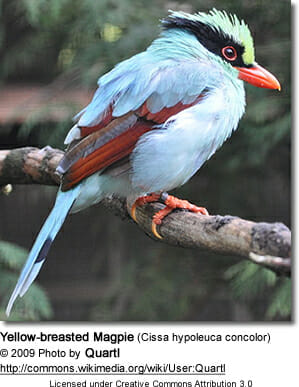 These birds resemble each other; they have bright red bills, a mostly green plumage, black face masks and rufous wings.

Due to excess exposure to sunlight (and, possibly, a low-carotenoid diet), they often appear rather turquoise (instead of green) in captivity.

These carnivorous magpies mainly feed on arthropods and small vertebrates. 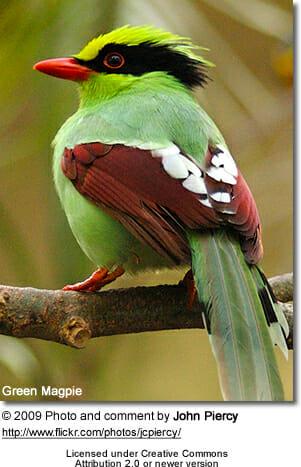