The Common Shelducks (Tadorna tadorna) – or simply referred to as “Shelducks” – are widespread and common ducks found in Europe and Asia.

The Common Shelduck has a goose-like appearance, with a white and chestnut body, dark green head and neck, and a bright red bill. 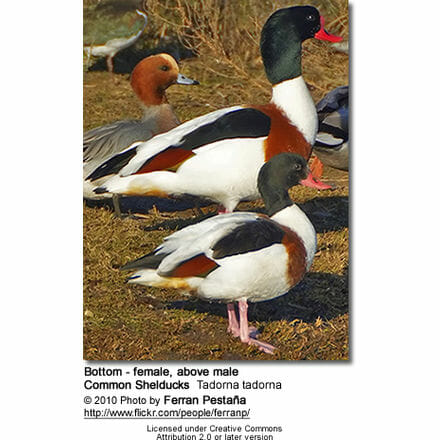 Common Shellducks found in westernmost Europe are mostly resident, except for movements to preferred molting grounds, such as the Wadden Sea on the north German coast, where around 100,000 of them occur after the breeding season.

They are common around the coastline of Great Britain, where they inhabit salt marshes and estuaries.

Those that breed in temperate areas of Eurasia migrate to subtropical areas for the winter.

During the summer, they inhabit lakes and rivers in open country, breed in rabbit burrows, tree holes, haystacks or similar.

In winter, they are is common on suitable estuaries and tidal mudflats.

When preyed upon, the young will dive under water to get away; while adults will fly away from them to act as decoys.

Its call is described as loud honks. 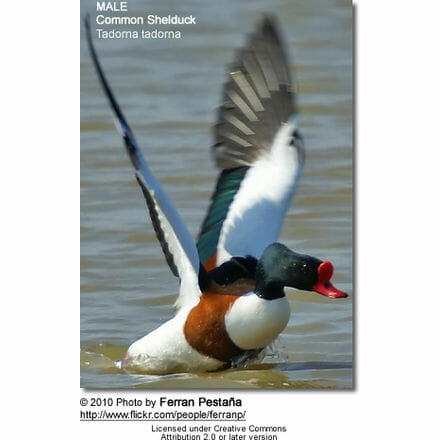