Congo African Grey Species is pale to dark grey. The facial area is whitish. The head feathers have a pale edging, and the abdomen feathers have a dark grey edging. Lower back is light grey; primaries (longest wing feathers) are grey-blackish; tail and adjacent tail-coverts are red. 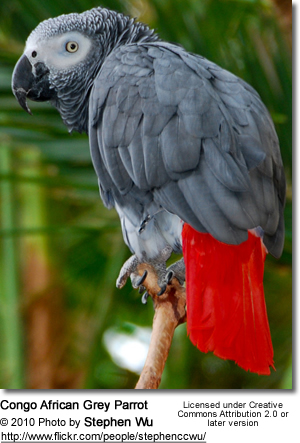 Oftentimes parrots from different regions were all “pooled” into one container during shipment, and then afterwards separated and “categorized” as Cameroon or Congo depending on their coloration.

One speculates that diet is a large factor in why some greys are larger and lighter in color than others; and indeed some areas contain more or less minerals in the parrots’ food items causing size / color differences. Still, it seems that the color / size is not a reliable identifyer. Color and size differences also occur in the different regions. 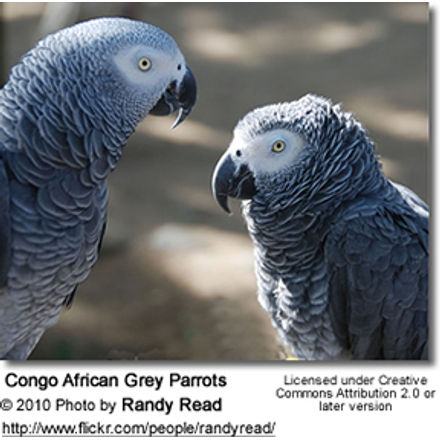 Plumage is pale to dark grey. The facial area is whitish. The head feathers have a pale edging, and the abdomen feathers have a dark grey edging. Lower back is light grey; primaries (longest wing feathers) are grey-blackish; tail and adjacent tail-coverts are red.

The bill is black. Iris pale yellow in adult birds, and black / dark brown in juveniles.

Adults usually have bright-red tail, while youngsters have dark grey / maroon tails, which usually turn red within a year or so. The feet are dark grey.

Greys from Nigeria usually have darker wing-coverts. Congo Greys are on average larger.

Occasionally birds occur with some or many salmon-pink feathers, which is within color variation of this species.

The Ghana Grey is believed to be a subspecies of the Congo Grey (not officially recognized).

The Ghana Grey is very similar to the Congo Grey in appearance, the only difference being a a slightly darker plumage, and it might be somewhat smaller than the Congo.

The existence of the Ghana Grey has been questioned by many expert. The debate centers on its distinction from the Congo Grey. Many claim that it may have at one time been a distinct breed, but interbreeding with the Congo Grey has wiped away any genetic variation between the two. Others feel that there has always been much migration between the islands and the mainland that there was probably never any distinction to begin with. Whichever the case, most claim that if the Ghana Grey was ever a distinct species, it probably is no longer today. 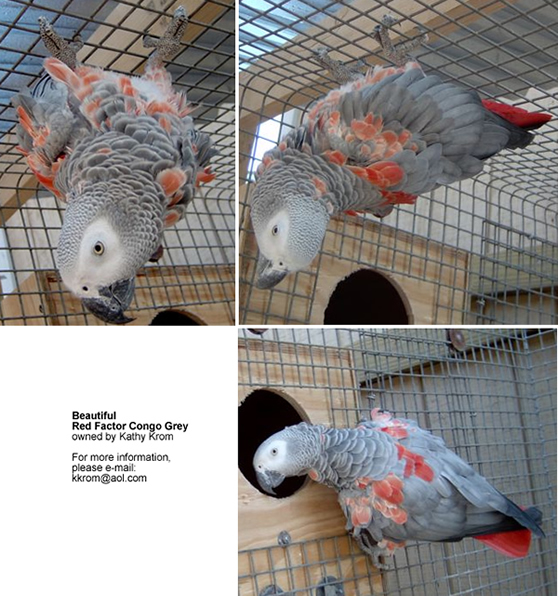