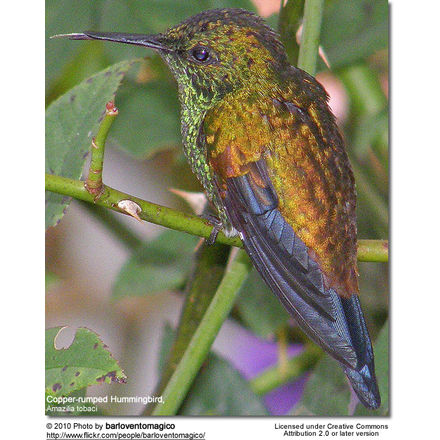 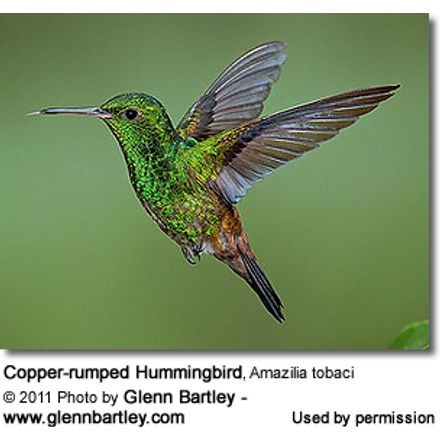 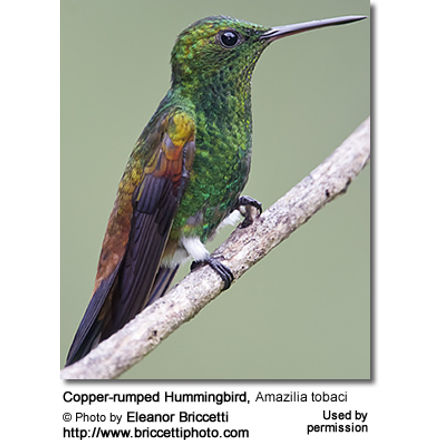 It inhabits lowland areas up to 1,800 elevations, where they are found in forest areas, along the forest edges, in open country, savanna, thornscrub, gardens and cultivated areas.

This is the predominant hummingbird in Trinidad and Tobago.

Males and females look alike. The adult plumage is mostly copper-green above, turning copper-bronze on the rump (lower back). The head and underplumage are bright green. The thighs are white,m and the tail and legs are black. The long and straight bill is mostly black, with some pink on the lower bill. 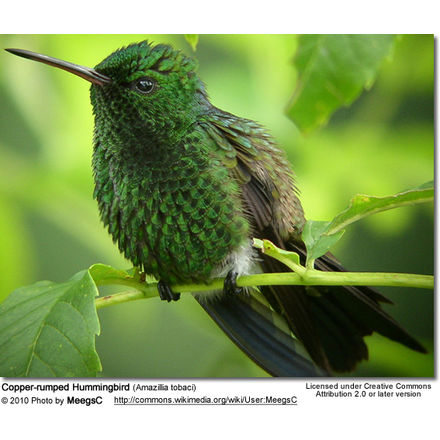 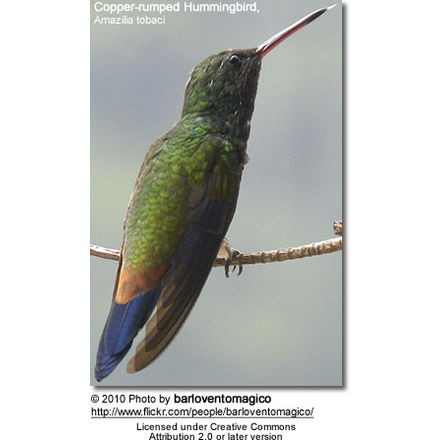 As is the case with other hummingbird species, the chicks are brooded only the first week or two, and left alone even on cooler nights after about 12 days – probably due to the small nest size. The chicks leave the nest when they are about 19 – 23 days old.

She may raise up to 3 clutches in a season. 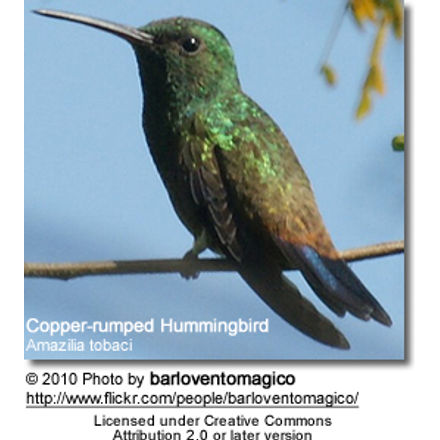 They primarily feed on nectar taken from a variety of brightly colored, scented small flowers of trees, herbs, shrubs and epiphytes. They favor flowers with the highest sugar content (often red-colored and tubular-shaped) and seek out, and aggressively protect, those areas containing flowers with high energy nectar.They use their long, extendible, straw-like tongues to retrieve the nectar while hovering with their tails cocked upward as they are licking at the nectar up to 13 times per second. Sometimes they may be seen hanging on the flower while feeding.

Its call is a chip. The song is a high-pitched tyee-tyee-tyoo.