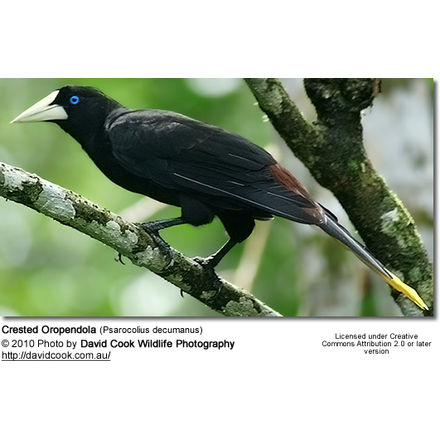 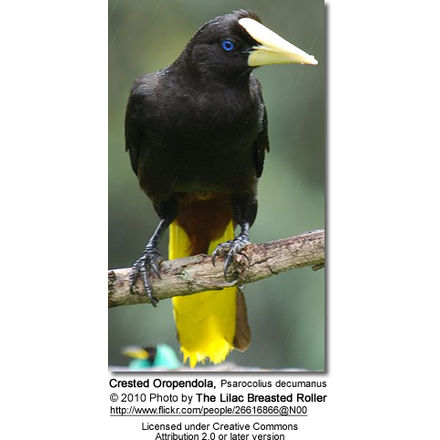 If the genus Gymnostinax for the Montezuma Oropendola and its closest relatives were considered valid, this species would probably belong there too (Price and Lanyon 2002).

It is a resident breeder in lowland South America east of the Andes, from Panama and Colombia south to northern Argentina, as well as on Trinidad and Tobago.

It is a common bird, seen alone or in small flocks foraging in trees for large insects, lizards, frogs, mice, millipedes, spiders, eggs, fruit and some nectar.

Adult males are mainly black with a chestnut rump and a tail which is bright yellow apart from two dark central feathers. There is a long narrow crest which is often difficult to see. The iris is blue and the long bill is whitish. Females are similar but smaller, duller, and crestless.

The plumage of the Crested Oropendola has a musty smell due to the oil from the preen gland. 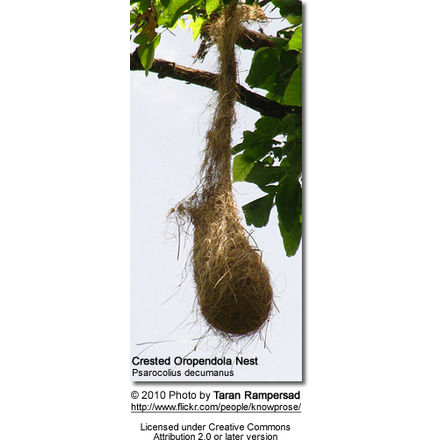 It is a colonial breeder which builds a hanging woven nest, more than 125 cm long, high in a tree. It lays two blotched blue-grey eggs which hatch in 15–19 days, with another 24–36 days to fledging.

Each colony has a dominant male, which mates with most of the females following an elaborate bowing display. There may be 15-30 females and only 3-4 males. Outside he breeding season, this species is quite mobile, with some seasonal movements.

The distinctive songs of the male include a liquid vibrato CreeeEEEoooooooooo. Both sexes have a loud clack call. 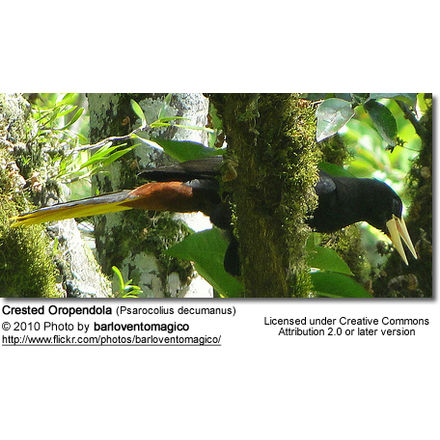 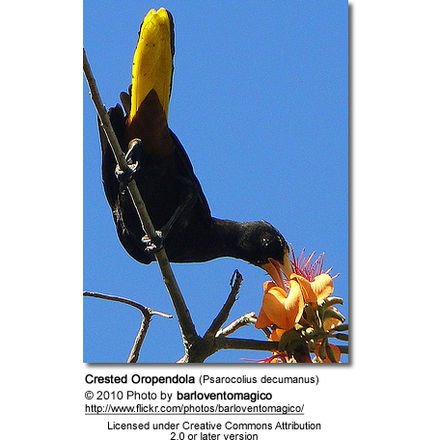 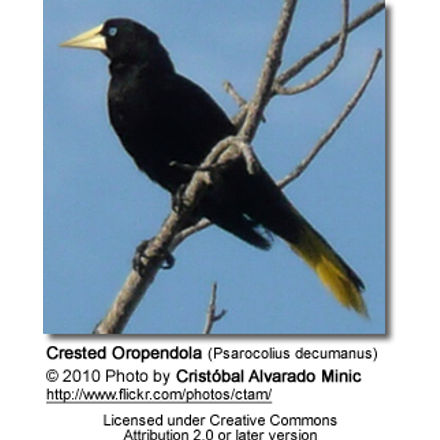 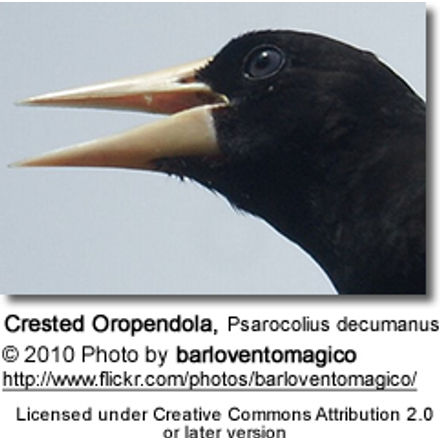 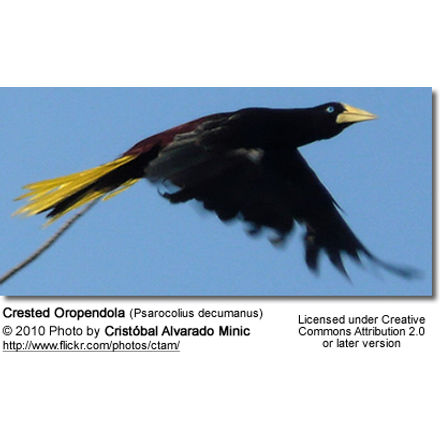