The Crimson Rosellas (Platycercus elegans) are native to east and southeast Australia. They make strikingly beautiful and quiet aviary occupants, and are popular as pets as well. 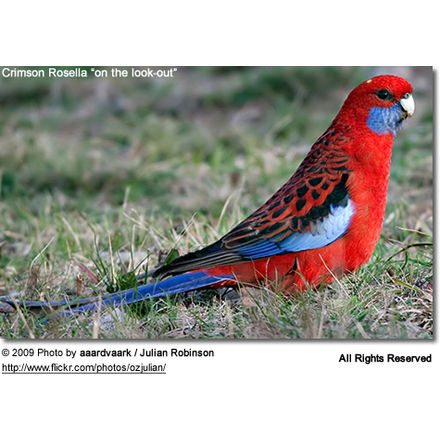 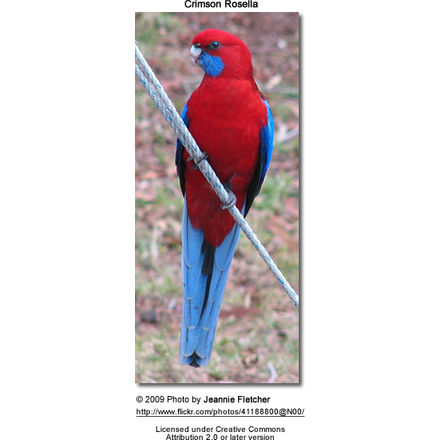 The Crimson Rosella (Platycercus elegans) is native to east and south east Australia (Southern Queensland to Victoria in Australia). This species has also been introduced to New Zealand and Norfolk Island (a small island in the Pacific Ocean located between Australia, New Zealand and New Caledonia). Its preferred habitat includes mountain forests and gardens.

They make strikingly beautiful and quiet aviary occupants, and are popular as pets as well.

Adult male: The plumage is generally red. The cheeks are violet-blue. The nape, back and parts of secondaries (shorter, upper “arm” feathers) are black with a broad red edging. The inner median wing-coverts are black. The bend of the wing, outer median wing-coverts and secondary coverts are blue. The secondary flight feathers (shorter, upper “arm” feathers), outer webs of base of primaries (longest wing feathers) and under wing-coverts (feathers) are blue. The upperside of the middle tail feathers are dark blue with a black base. The outer tail feathers are dark blue with a lighter edging and pale tips. The tail underside is pale bluish. The bill is horn-grey and they have narrow grey eye rigns. The irises are dark brown and the feet are grey.

There is a noticable difference in the Crimsons as the mature male has a much broader head and bigger beak.

The female is on average smaller and has a narrower bill. Her plumage has a greenish tinge to the upperside of the middle tail-feathers.

Sexing young birds can prove difficult and DNA sexing may be the only way to know for sure at a young age. However, it may be possible to sex birds that are at least 9 months as the molt into adult plumage.

Immature birds: The red plumage that can be seen on the adults is olive-green in young birds, except for the forehead, crown, upper cheek area, throat, parts of the upper breast, thighs and under tail-coverts. The inner median wing-coverts and outer secondary-coverts are dull olive-green. The under wing-coverts are dull blue. The upperside of the middle tail-feathers are dark olive-green with blue-black tips. The tail underside is pale grey-blue. The pale under-wing stripe is present. Young birds attain the adult coloration after their second molt – when they are about 12 to 16 months old. At that time they also become sexually mature.

The Crimsons have a few mutation color mutation such as Blue, Yellow, Lutino and Silver. 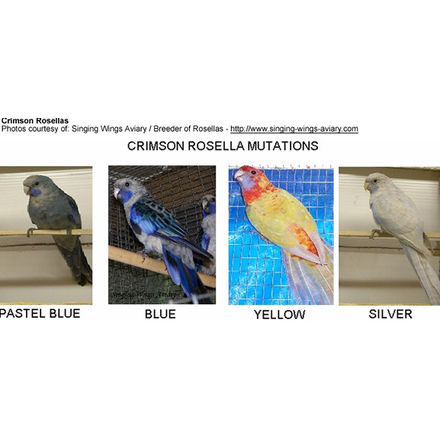 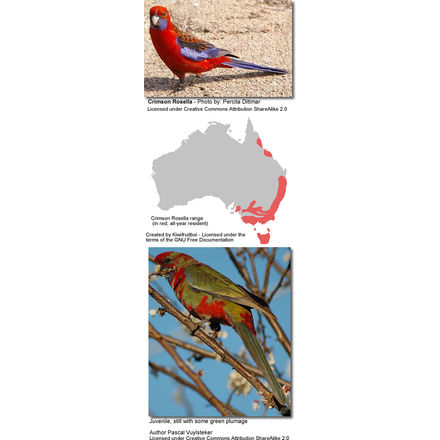 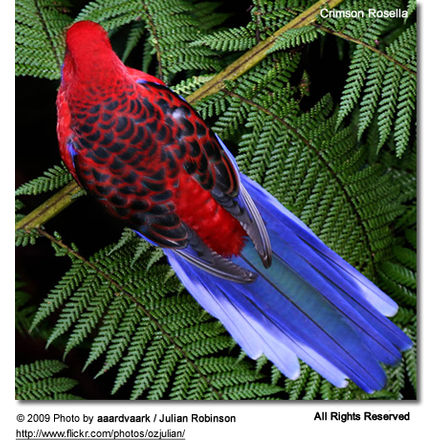 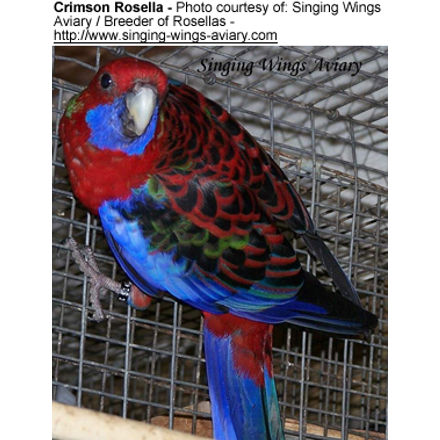 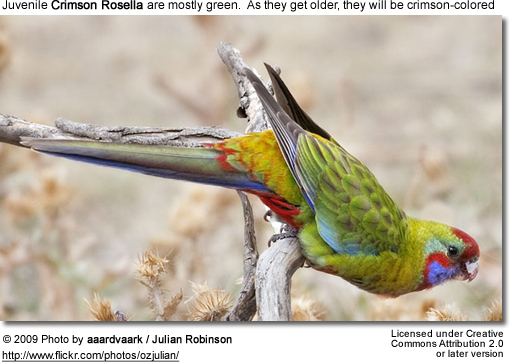 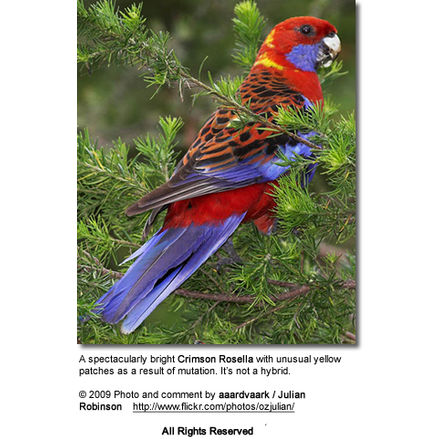 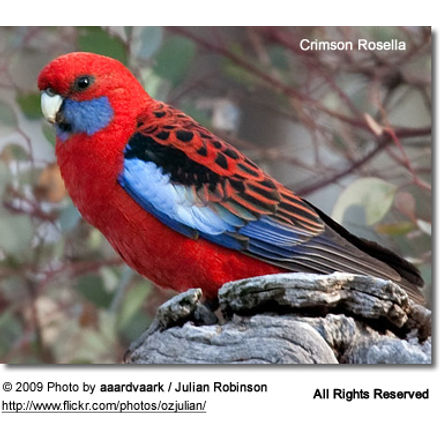