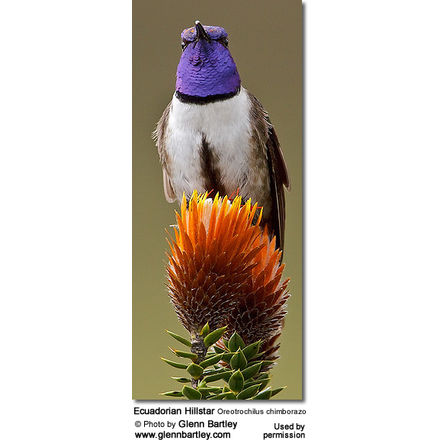 The Ecuadorian Hillstar occurs naturally in the Andes of Ecuador and far southern Colombia. 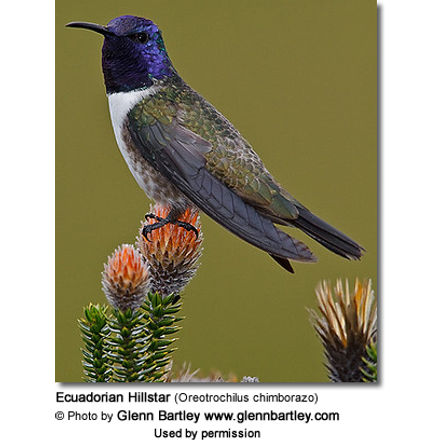 The Ecuadorian Hillstar is a truly spectacular hummingbird – very unlike most hummingbirds.

The male’s head is a striking violet-purple, iridescent color contrasting sharply against his white under plumage which has copper spotting on the sides. He has a black color around the neck, although it is dissipating in the back. His back is a mix of intertwined green and cooper. The outer wing feathers are very dark – nearly black.

The average clutch consists of one white egg, which she incubates alone, while the male defends his territory and the flowers he feeds on. The young are born blind, immobile and without any down.

The Ecuadorian Hillstar Hummingbirds primarily feed on nectar taken from a variety of brightly colored, scented small flowers of trees, herbs, shrubs and epiphytes; but they favor the flowers of the orange-flowered Chuquiragua shrub above all and it is its major food source.