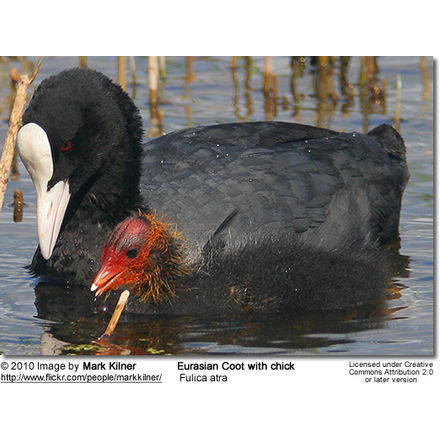 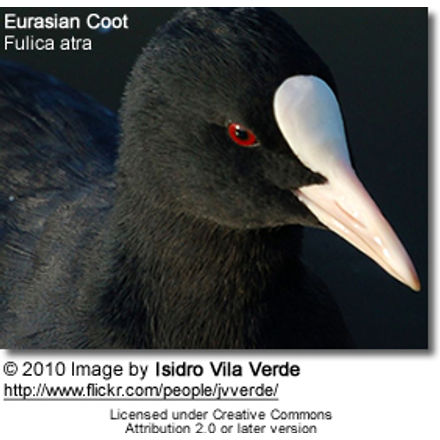 The Eurasian Coot, Fulica atra, also known as Coot, is a member of the rail and crake bird family, the Rallidae. The Australian subspecies is known as the Australian Coot.

The Coot breeds across much of the Old World on freshwater lakes and ponds. It occurs and breeds in Europe, Asia, Australia, and Africa. The species has recently expanded its range into New Zealand.

It is resident in the milder parts of its range, but migrates further south and west from much of Asia in winter as the waters freeze. 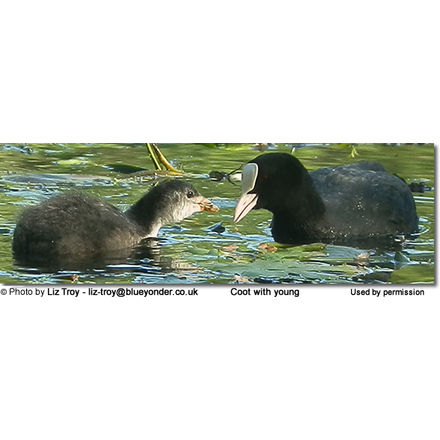 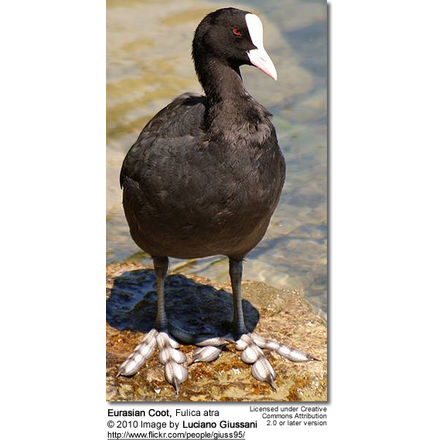 The Coot is 36–42 cm long, and is largely black except for the white facial shield (which gave rise to the phrase “as bald as a coot”, which the Oxford English Dictionary cites in use as early as 1430). As a swimming species, the Coot has partial webbing on its long strong toes. 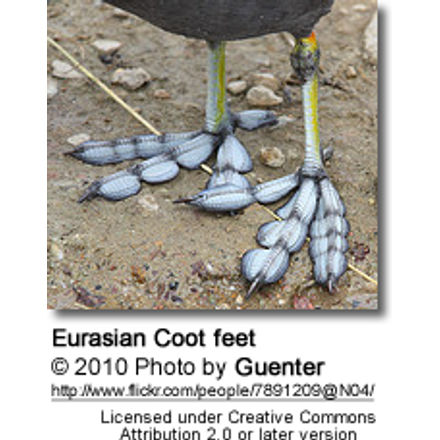 The juvenile is paler than the adult, has a whitish breast, and lacks the facial shield; the adult black plumage develops when about 3–4 months old, but the white shield is only fully developed at about one year old.

This is a noisy bird with a wide repertoire of crackling, explosive, or trumpeting calls, often given at night. 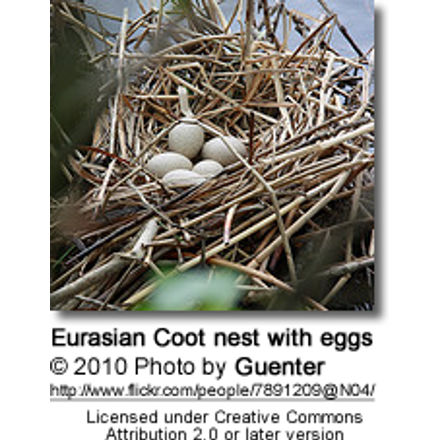 The Coot is much less secretive than most of the rail family, and can be seen swimming on open water or walking across waterside grasslands.

It is reluctant to fly and when taking off runs across the water surface with much splashing. They do the same, but without actually flying, when travelling a short distance at speed in territorial disputes. As with many rails, its weak flight does not inspire confidence, but on migration, usually at night, it can cover surprisingly large distances.

It bobs its head as it swims, and makes short dives from a little jump. 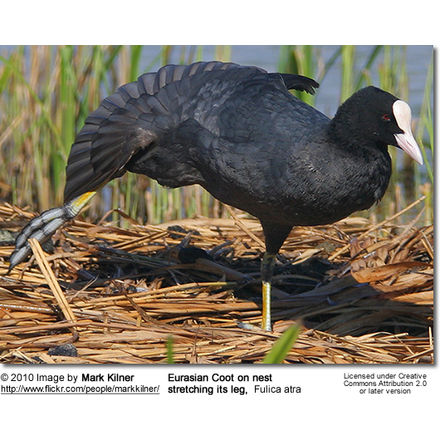 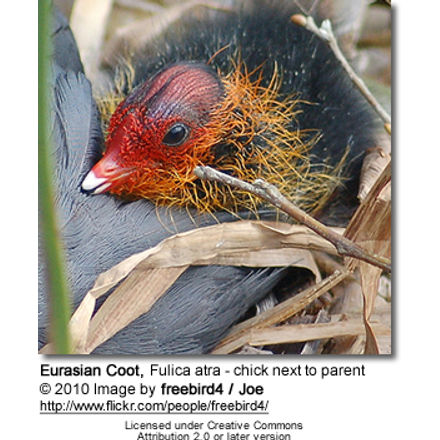 This species builds a nest of dead reeds or grasses, but also pieces of paper or plastic near the water’s edge or on underwater obstacles protruding from the water, laying up to 10 eggs, sometimes 2 or 3 times per season. Usually only a few young survive. They are frequent prey for birds such as herons and gulls.

Coots can be very brutal to their own young under pressure such as the lack of food. They will bite young that are begging for food and repeatedly do this until it stops begging and starves to death. But if the begging keeps going, then they may even bite so hard that the chick is killed.

The Coot is an omnivore, and will take a variety of small live prey including the eggs of other water birds, as well as algae, vegetation, seeds and fruit. It shows considerable variation in its feeding techniques, grazing on land or in the water. In the water it may upend in the fashion of a Mallard or dive in search of food. 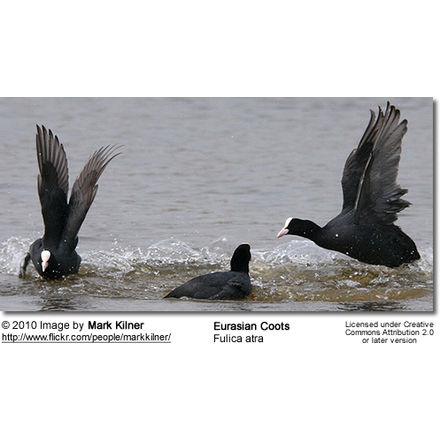 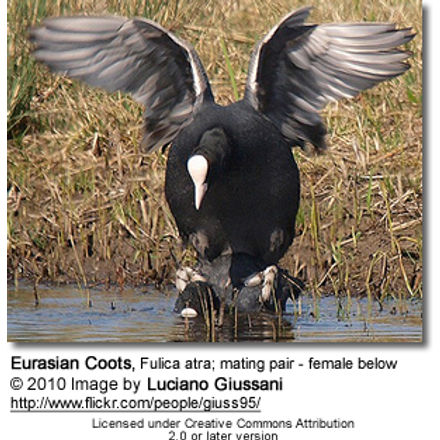 The Eurasian Coot is one of the species to which the Agreement on the Conservation of African-Eurasian Migratory Waterbirds (AEWA) applies. 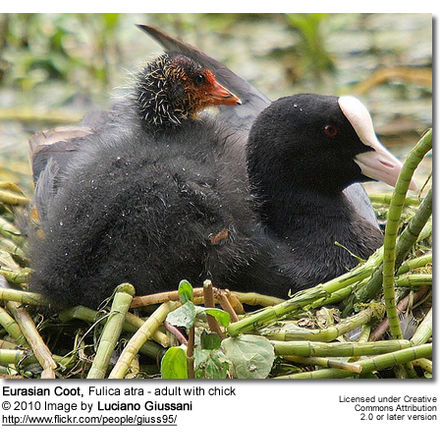 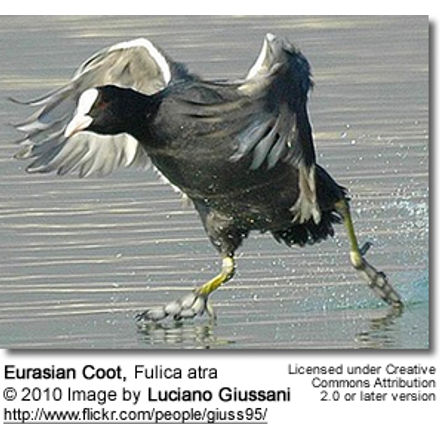