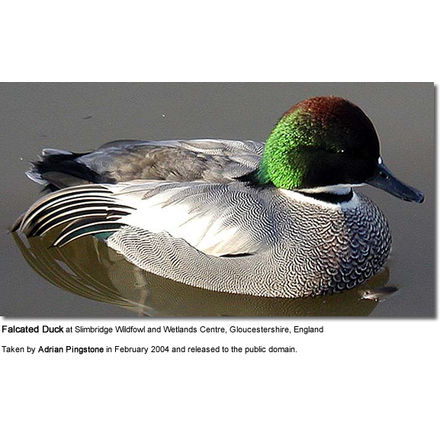 The Falcated Duck or Falcated Teal (Anas falcata) is a Gadwall-sized dabbling duck.

It is widely recorded well outside its normal range, but the popularity of this beautiful duck in captivity clouds the origins of these extralimital birds.

This is a species of lowland wetlands, such as water meadows or lakes, and usually feeds by dabbling for plant food or grazing.

It nests on the ground, near water and under the cover of taller vegetation. The clutch is 6–10 eggs. 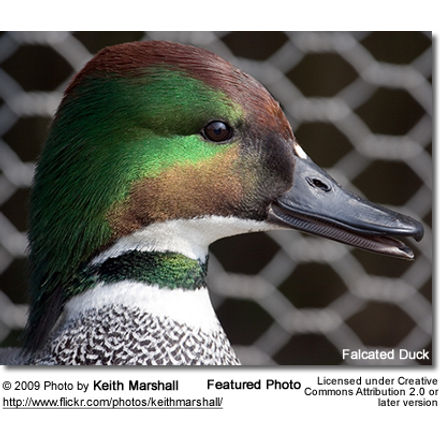 The breeding male is unmistakable. Most of the body plumage is finely vermiculated grey, with the long sickle-shaped tertials (= the flight feathers that are closest to the bird’s body along the wing), which give this species its name, hanging off its back. The large head is dark green with a white throat, and a dark green collar and bronzed crown). The vent region is patterned in yellow, black and white.

The female Falcated Duck is dark brown, with plumage much like a female wigeon. Its long grey bill is an aid to identification.

The eclipse male is like the female, but darker on the back and head. In flight both sexes show a pale grey underwing. The blackish speculum (= distinctive wing patch) is bordered with a white bar on its inner edge.

Young birds are buffer than the female and have short tertials. 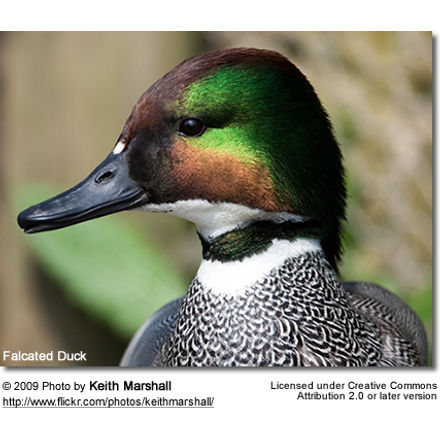 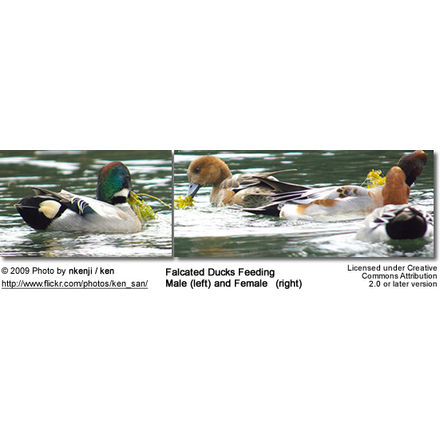 The male Falcated Duck has a clear low whistle, whereas the female has a gruff “quack”. 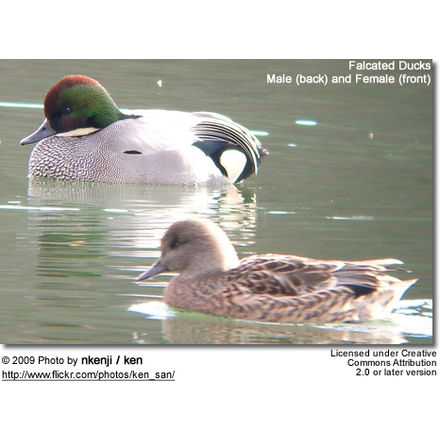