The Green Kingfisher, Chloroceryle americana, is a resident breeding bird which occurs from southern Texas in the USA south through Central and South Americal to central Argentina.

This small kingfisher breeds by streams in forests or mangroves. The nest is in a horizontal tunnel up to a metre long made in a river bank. The female lays three, sometimes four, eggs.

The Green Kingfisher is 19 centimetres (7.5 in) long and weighs 27 grams (0.95 oz). It has the typical kingfisher shape, with a short tail and long bill. It is oily green above, with white markings on the wings and tail, and a white collar around the neck. 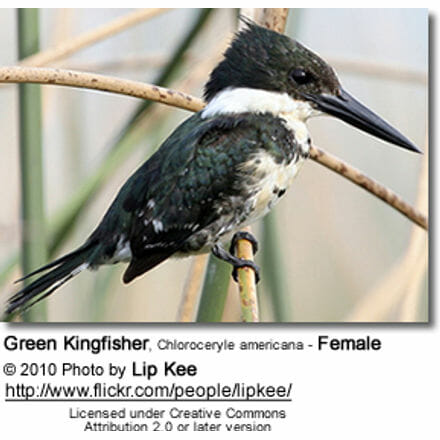 Green Kingfishers are often seen perched on a low shaded branch close to water before plunging in head first after their fish prey. They also eat aquatic insects.

These birds often give a pebbly rattling call.

Variation in this species is clinal. There are five subspecies:

Birds occurring on Trinidad and Tobago, usually included in americana, have a larger and heavier bill than the mainland forms, and are sometimes separated as subspecies croteta 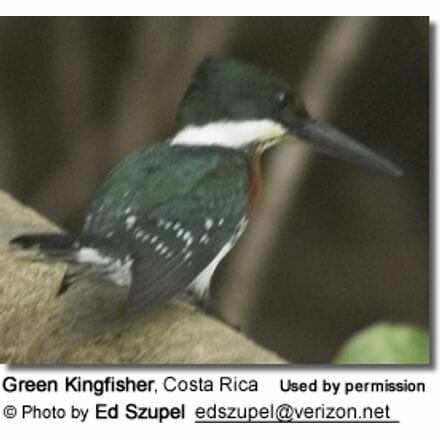