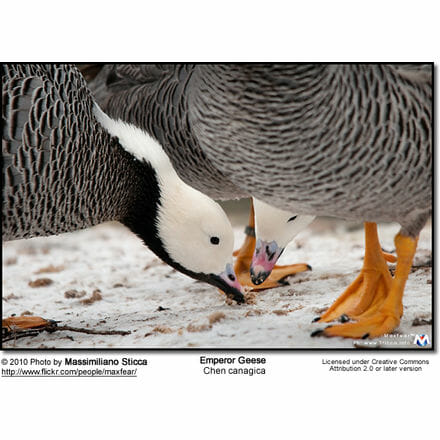 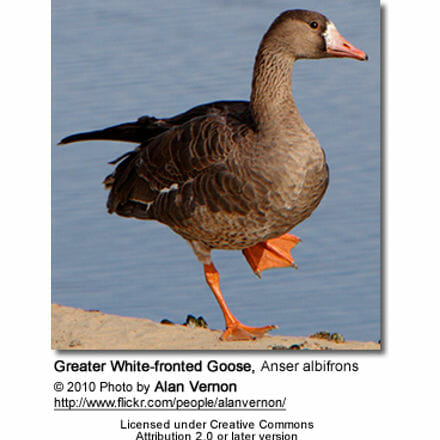 The waterfowl genus Anser includes all grey geese and usually the white geese too. It belongs to the true geese and swan subfamily (Anserinae). The genus has a Holarctic distribution, with at least one species breeding in any open, wet habitats in the subarctic and cool temperate regions of the Northern Hemisphere in summer. Some also breed further south, reaching into warm temperate regions. They mostly migrate south in winter, typically to regions in the temperate zone between the January 0 °C (32 °F) to 5 °C (41 °F) isotherms.

The genus contains ten living species, which span nearly the whole range of true goose shapes and sizes. The largest is the Greylag Goose at 2.5-4.1 kg (5.5-9 lb) weight, and the smallest is the Ross’s Goose at 1.2-1.6 kg. All have legs and feet that are pink, or orange, and bills that are pink, orange, or black. All have white under- and upper-tail coverts, and several have some extent of white on their heads. The neck, body and wings are grey or white, with black or blackish primary – and also often secondary – remiges (pinions). The closely related “black” geese in the genus Branta differ in having black legs, and generally darker body plumage. 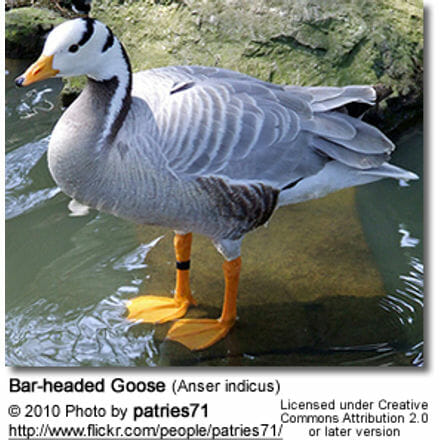 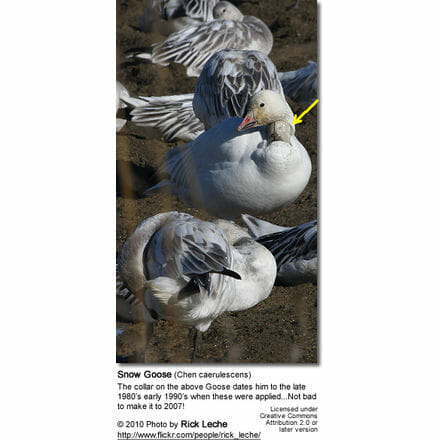 The white geese are sometimes separated as the genus Chen, with one of them sometimes split off in the genus Philacte. They cannot be distinguished anatomically, there is some evidence of a distinct lineage in evaluations of molecular data. While most ornithological works traditionally include Chen within Anser, the AOU and the IUCN are notable authorities which treat them as separate.

Numerous fossil species have been allocated to this genus. As the true geese are near-impossible to assign osteologically to genus, this must be viewed with caution. It can be assumed with limited certainty that European fossils from known inland sites belong into Anser. As species related to the Canada Goose have been described from the Late Miocene onwards in North America too, sometimes from the same localities as the presumed grey geese, it casts serious doubt on the correct generic assignment of the supposed North American fossil geese. The Early Pliocene Branta howardae is one of the cases where doubts have been expressed about its generic assignment. Similarly, Heterochen = Anser pratensis seems to differ profoundly from other species of Anser and might be placed into a different genus; alternatively, it might have been a unique example of a grey goose adapted for perching in trees.

The Maltese swan Cygnus equitum was occasionally placed into Anser, and Anser condoni is a synonym of Cygnus paloregonus. A goose fossil from the Early-Middle Pleistocene of El Salvador is highly similar to Anser. Given its age it is likely to belong to an extant genus, and biogeography indicates Branta as other likely candidate.

Anser scaldii (Late Miocene of Antwerp, Belgium) may be a shelduck. 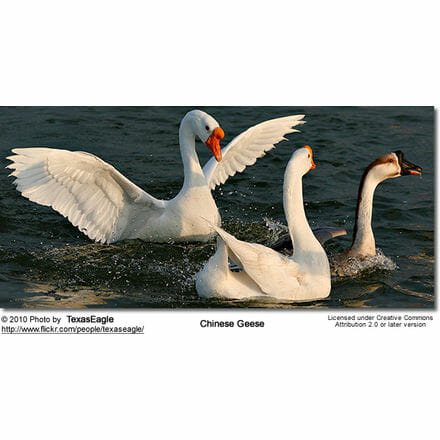 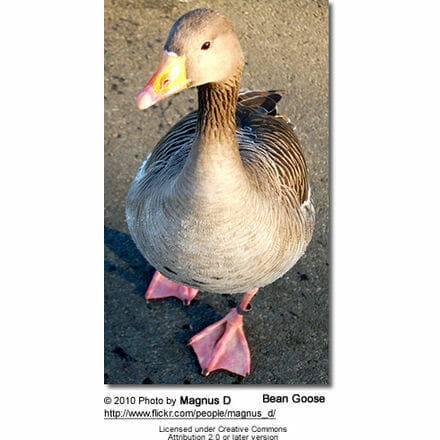 Relationship with humans and conservation status

Most species are hunted to a greater or lesser extent; in some areas, some populations are endangered by over-hunting. Most notably, the Lesser White-fronted Goose is listed by IUCN as Vulnerable throughout its range, and due to overhunting and rampant habitat destruction, the population of the Swan Goose is on the verge of collapsing, leading to a listing as Endangered.

Other species have benefitted from reductions in hunting since the late 19th/early 20th centuries, with most species in western Europe and North America showing marked increases in response to protection. In some cases, this has led to conflicts with farming, when large flocks of geese graze crops in the winter. 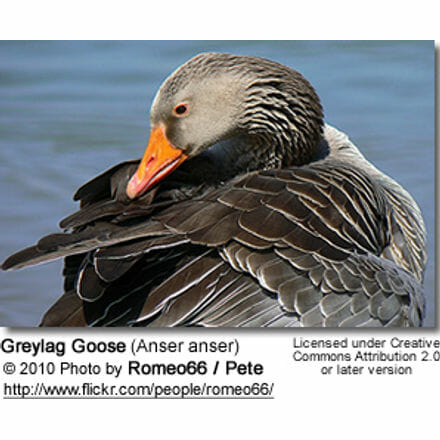