The helmetshrikes are smallish passerine bird species that belong to the family Vangidae. They are similar in feeding habits to shrikes, hunting insects and other small prey from a perch on a bush or tree. 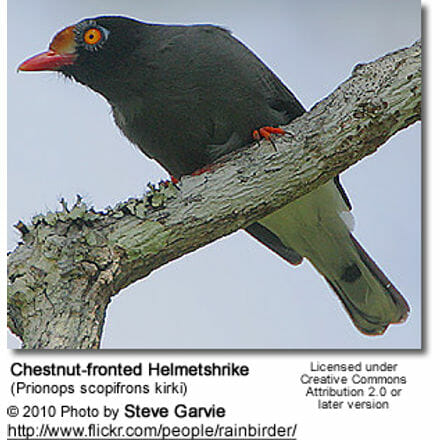 Although similar in build to the shrikes, these tend to be colourful species with the distinctive crests or other head ornaments, such as wattles, from which they get their name.

This is an African and south Asian group of species which are found in scrub or open woodland. They are similar in feeding habits to shrikes, hunting insects and other small prey from a perch on a bush or tree. 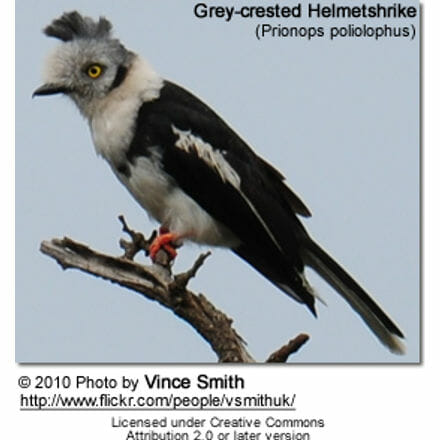 Helmetshrikes are noisy and sociable birds, some of which breed in loose colonies. They lay 2-4 eggs in neat, well-hidden nests.

Other species, popularly called “shrikes“, are in the families:

The Prionopidae and the two former are part of a group which is generally rather homogenous but also includes the diverse vangas. The Campephagidae are a bit more distinct. 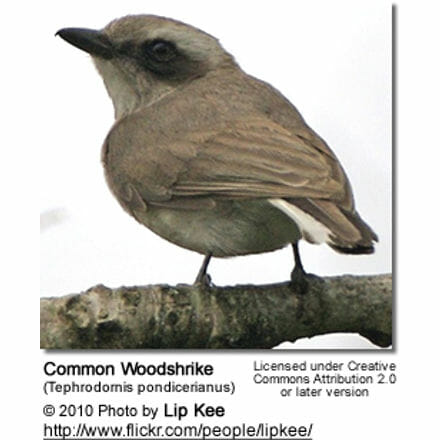 These birds were included with the true shrikes in the family Laniidae, later on split between several presumably closely related groups such as bushshrikes (Malaconotidae) and cuckoo-shrikes (Campephagidae), but are now considered sufficiently distinctive to be separated from that group as the family Prionopidae.

The philentomas were traditionally placed with the Muscicapidae (flycatchers) when these were still used as a “wastebin taxon”, largely as an expedient because these enigmatic birds have long defied ornithologists as regards their systematic placement; they remain little-studied and their placement here is just as provisional as it was in the Muscicapidae but even if they do not really belong here, they are at least not very distant to the Prionopidae.

Each photo is linked to the respective species page, where you can learn more about them – their distribution, detailed description, breeding / nesting and dietary habits, and more …