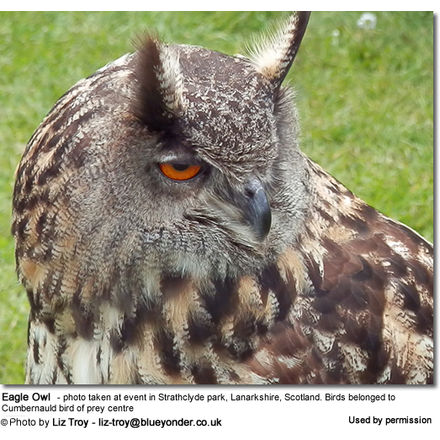 The genus Bubo includes both the Horned Owls (Bubo virginianus) and the Eagle Owls (Bubo bubo). Historically, only owls with ear-tufts were included here, but that is no longer so.

The Horned Owls – found in North and South America – were named for their prominent ear tufts that resemble horns.

They are among the largest owls found in many parts of the world.

This Group Includes the Following Families / Species are:

Found in the USA, from Minnesota east to Nova Scotia and Prince Edward Island in Canada, south through eastern parts of Kansas and Texas to Florida.

Their range stretches from Alaska, south through the mountains to northeastern Oregon and northwestern Montana in the USA. They winter south to Texas.

They occur naturally on the coast of southwestern Alaska (Cook Inlet) to coastal central California. 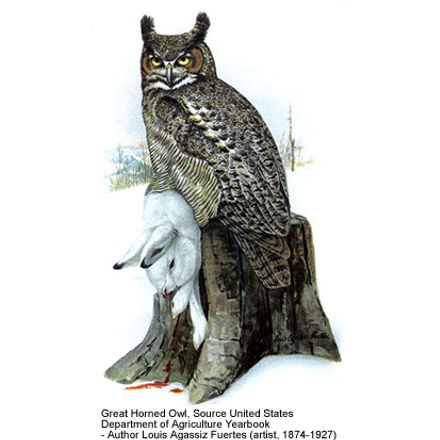 Found on the central and southern coast of California south to northwestern Baja Californiaa.

Found in Mackenzie and northwestern British Columbia east to Hudson Bay, south to at least to Wyoming and North Dakota

Found in the deserts of central and southeastern California east to Kansas and south to Mexico, specifically the western parts of the eastern state of Veracruz and the states of Guerrero and Oaxaca in South Mexico.

Occur naturally in southeastern Mexico – on the Yucatán Peninsula.

Found in Southern Mexico (Isthmus of Tehuántepec) to western Panama.

Found in the Andes mountain range of Colombia to Ecuador and northwestern Peru.

Magellanic Horned Owl / Magellan Horned Owl (Bubo magellanicus – Gmelin, JF, 1788) – full species. Previously considered a subspecies of ssp. B. virginianus or magellanicus. Based on differences in vocalizations and behavior, and also established by DNA, this race was separated.

Breed in the Arctic tundra of the northermost stretches of Alaska, Canada and Eurasia; and migrate south to winter in Canada and northern Eurasis. Vagrants have been reproted as as far south as the American states of Texas, Georgia, the American Gulf states, southernmost Russia, and northern China. 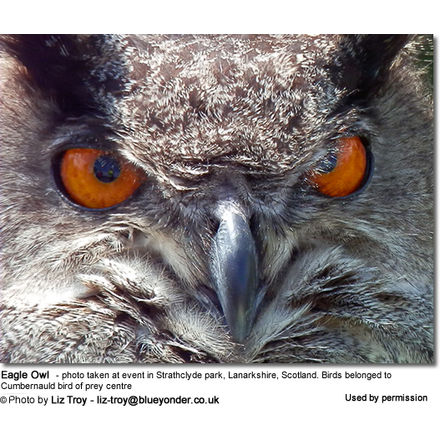 Africa from northern parts of Senegambia east to Ethiopia and Somalia, south to Cameroon, northern Uganda and northern Kenya.

Africa, from Liberia east to western Uganda, south through the Congo basin to the central Democratic Republic of the Congo and northwestern Angola. Populations also recorded on the island of Bioko (Fernando Póo) located off the west coast of Africa

Africa, in the Usambara mountains of northeastern Tanzania. Reports also from the Uluguru Mountains and possibly in the Nguru Mountains.

Found in Africa south of the Sahara.

Range: Africa – from Sierra Leone and Liberia east to Ghana, and southern Cameroon and northern Gabon east to to northern Democratic Republic of the Congo.

Akun Eagle Owl, Sooty Eagle Owl (Bubo leucostictus – Hartlaub, 1855) – Distribution: In Africa patchily distributed from Sierra Leone and Liberia east to Nigeria and Cameroon, south to the mouth of the Congo River, Cabinda and probably northwestern Angola, and across northern Democratic Republic of the Congo.