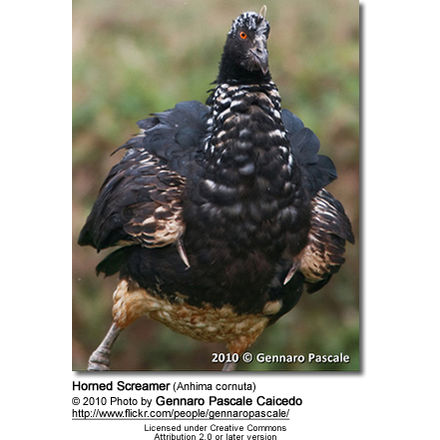 The Horned Screamer (Anhima cornuta) is a member of a small family of birds, the Anhimidae, which occurs in wetlands of tropical South America.

They are related to the ducks, geese and swans, which are in the family Anatidae, but have bills looking more like those of game birds.

The upperparts, head and breast are black, with white speckles on the crown, throat and wing coverts. There is a long quill projecting forward from the crown, which gives this species its name. The belly and under wing coverts are white. It has two sharp spurs on its wings, and feet which are only partially webbed.

The Horned Screamer’s call, as its name suggests, is a very loud U-WHO or honking YOIK-YOK. 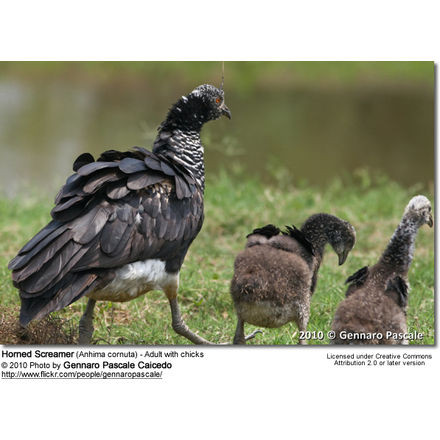 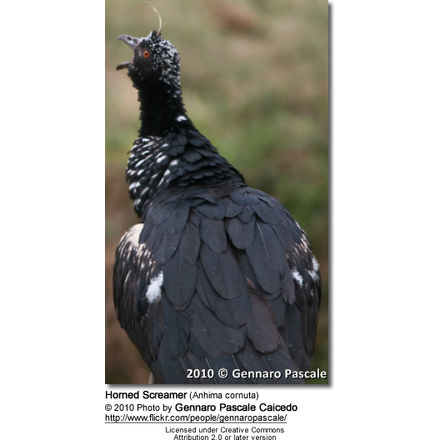 The Horned Screamer is found in lowlands from Colombia, Venezuela, Brazil, Bolivia, Peru, Ecuador, Suriname, French Guiana, and Guyana. It is now extinct in Trinidad and Tobago. Despite having declined locally, it remains widespread and is overall fairly common. Its range in Brazil appears to have expanded in recent years. Deforestation in Brazil has led to the decline of population of the bird and possible endangerment.

It lives in well-vegetated marshes and feeds on water plants. It eats roots and leaves. Its nest is a large pile of floating vegetation anchored in shallow water. Three olive-brown eggs are laid, and the young, like those of most Anseriformes, can run as soon as they are hatched.

The Horned Screamer is the official bird of the Department of Arauca and the Municipality of Arauca in Colombia. The department and its capital are named after the bird, which is called Arauco in Spanish.

The bird appears in the arms of Tietê, Brazil. 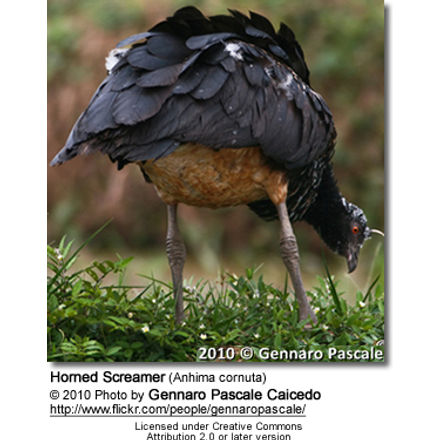 Copyright: Wikipedia. This article is licensed under the GNU Free Documentation License. It uses material from Wikipedia.org Wikipedia.org) 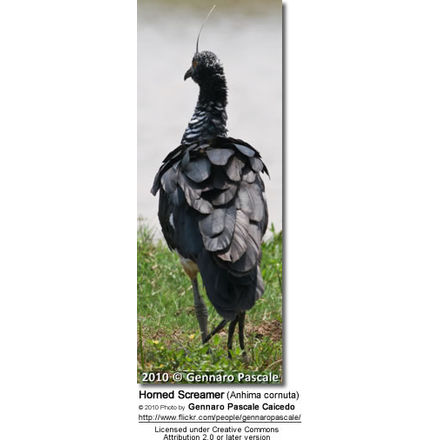 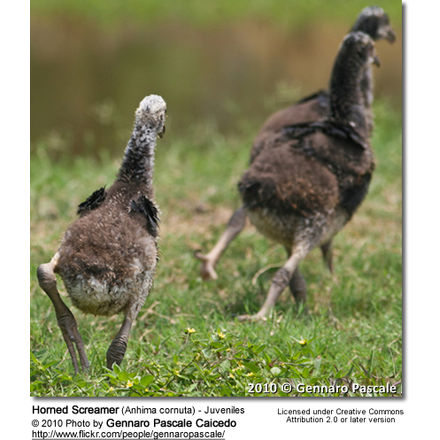 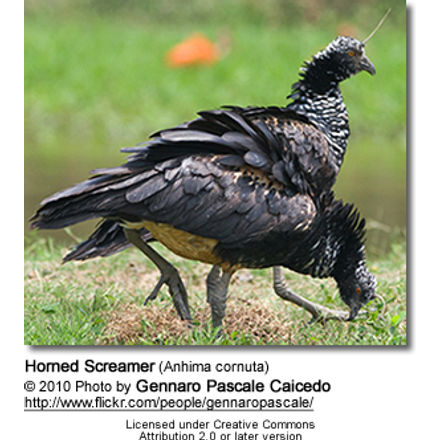 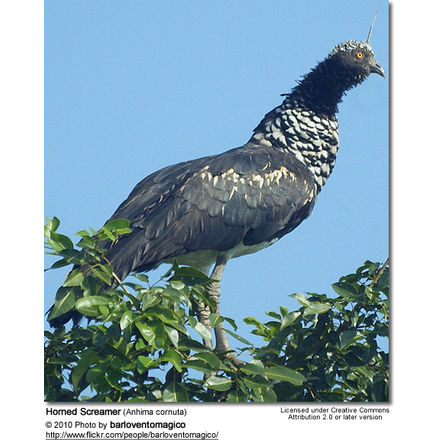