Emerald-chinned Hummingbird, Abeillia abeillei – Rare. Only reported at Cerro Negro in Copan and at the Santa Barbara National Park.

Green Violet-ear, Colibri thalassinus – Found throughout the highlands in open to semi-open areas. 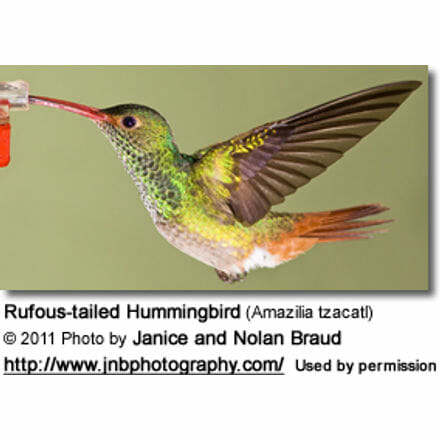 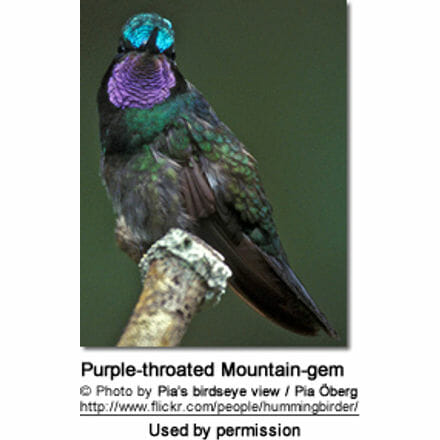 Green-throated Mountain-gem, Lampornis viridipallens – Fairly common above 3,300 feet (~ 1,000 meters). Sightings reported in the Celaque National Park and in the mountains around the town of Marcala in La Paz.

Sparkling-tailed Woodstar, Tilmatura dupontii, also known as the Sparkling-Tailed Hummingbird – This is the only hummingbird species where the males have blue throat patches (gorgets). They are also easily identified by the white collars around their necks and the long, checkered tails. They are most common in northern Nicaragua, specifically the highlands of Marcala, but they can also be found at scattered localities in Honduras.

Ruby-throated Hummingbird, Archilochus colubris – Rare. Migrating males are usually the first to arrive and the first to depart. The females and the young usually follow about two weeks later.