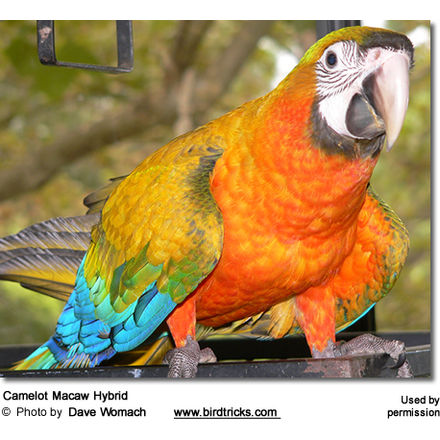 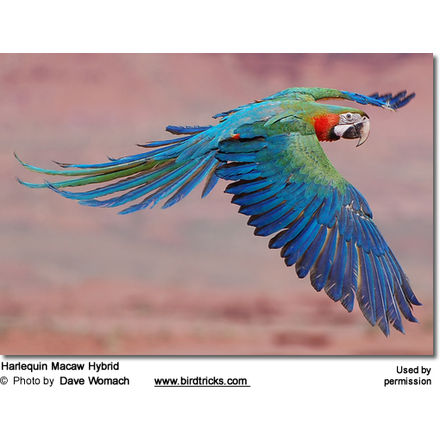 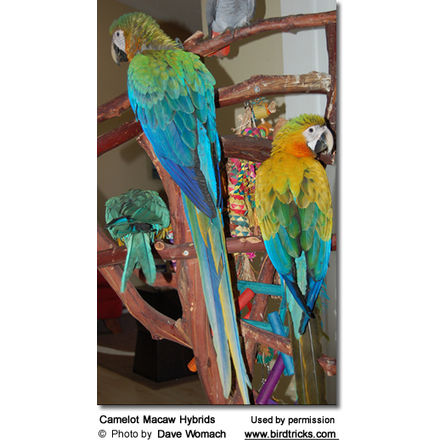 Hybrid crosses occurred in captivity where different species of macaws were allowed, or intentionally set up, to interbreed.

Cross-breeding a bird with a different species of birds produces hybrids. Many aviculturists frown upon this practice as they feel that it is detrimental to the purity of bloodlines.

Hybrids are typical macaws, with the only difference from true species being their genetics and their colors. They tend to have intermediate characteristics between the parents’, though the appearance seems to be influenced more by the father’s genes. 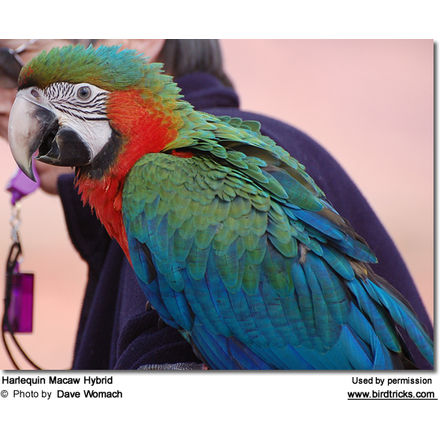 Color Mutations are still considered “pure” birds. They occur in nature, although rarely and if they do, they often don’t survive long, if the “new color” is too vibrant and they are easily visible by predators. 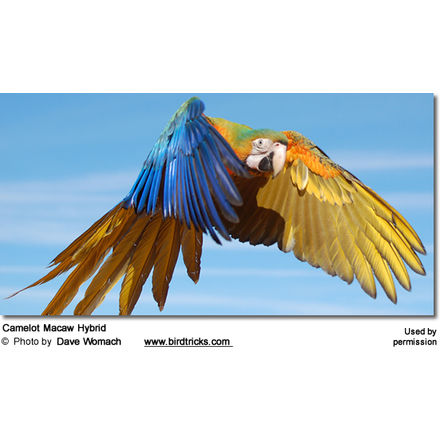 Hybrid macaws are often named by combining the species names of their parents, such as: 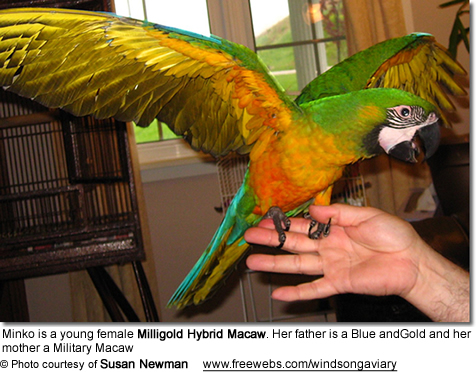 However, sometimes breeders named their hybrid offspring based on physical characteristics. Typically this is based on the color of their plumage – such as “Verde” or “Emerald” macaws that are essentially green-plumaged, or “Ruby Macaws” are named for their ruby-red plumages; or the Calicos appear to have been named for the plumage’s tri-colored characteristics (Red, Green and Blue). 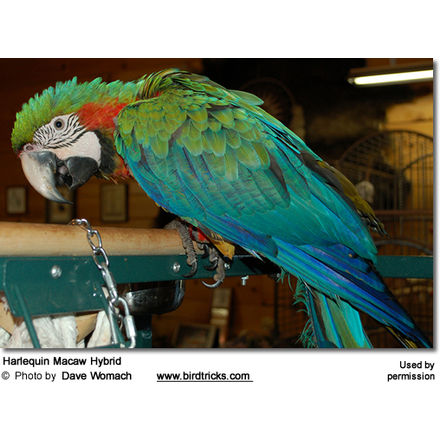 Naming with 2nd Generation Hybrid Macaws can be quite basic:

Creative Naming: They either combine names or come up with names that are mostly based in physical characteristics of the hybrid young. (hybrids = 1st generation unless mentioned otherwise). 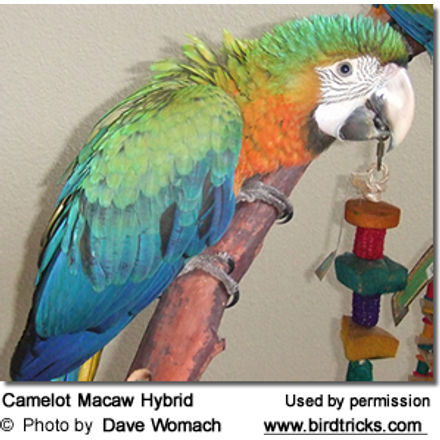 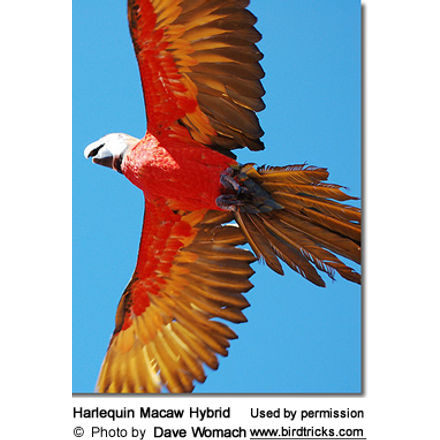 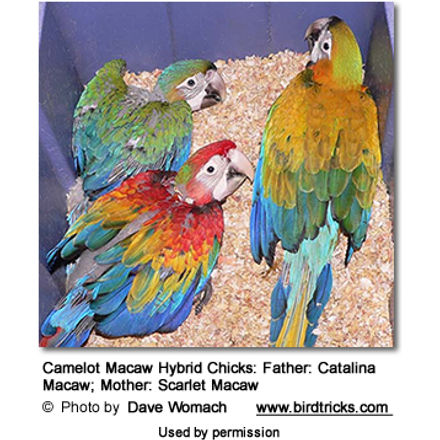 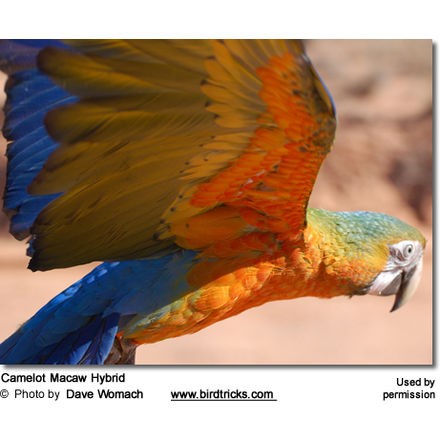 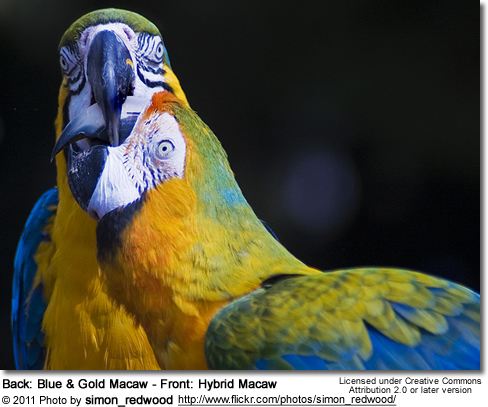