The ibises long-legged wading birds with long down curved bills that are usually found in group, probing mud for food items in the sand.

They resemble herons and share many of their habitats and behavioral traits, but unlike herons, ibises fly with necks outstretched and often in V-formation. 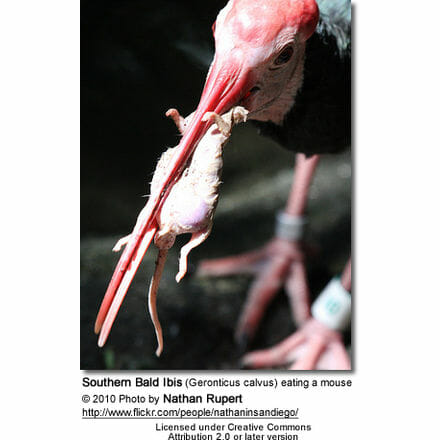 Some species will also take small mammals, birds, or snakes; or they will follow herds of domestic animals, searching dung for beetles and other insects.

The nests are shallow cup-shaped platforms of sticks, grasses or reeds that are typically situated on trees near a body of water, such as rivers, swamps or lakes. Although some ibises also make their nest among rocks and on cliffs,