The Kakapo aka Owl Parrots (Strigops habroptila) are large, flightlesd parrots that are found in New Zealand. Its native range formerly encompassed most of the North, South and Stewart Islands. 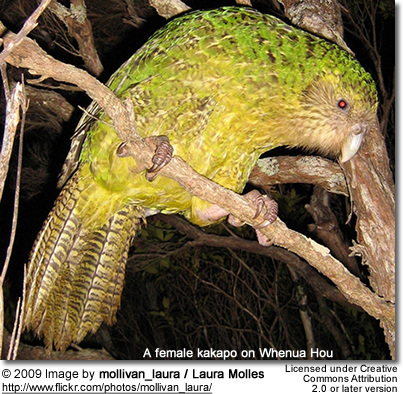 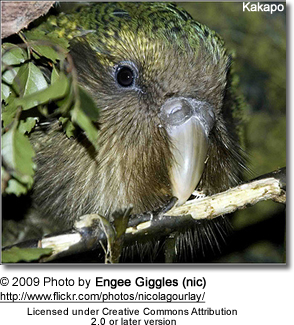 The Kakapos (Strigops habroptila) are large, flightlesd parrots that are found in New Zealand. It’ native range formerly encompassed most of the North, South and Stewart Islands; but nowadays, they are mostly found on the predator-free Codfish, Maud, and Little Barrier Islands.

The Kakapo is the only truly nocturnal species of Parrot. This species is also commonly referred to as owl parrot or k?k?p? in M?ori – which means “night parrot.”

This species is now critically endangered – as of April 2009, only 125 living individuals are known. Habitat destruction, hunting and predation are to be blamed for the decline in their numbers. For example, on Stewart Island, over 50% of monitored adults were killed each year by cats.

Kakapos are believed to have an average lifespan of 45 – 60 years, but could reach 90 years or more under the right conditions. They reach reproductive age when they are about 9 – 12 years old. 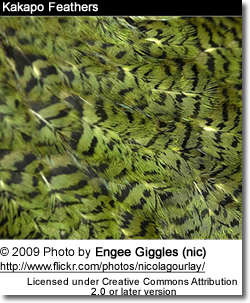 They are unique in many ways … 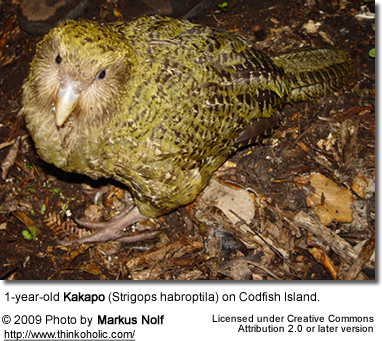 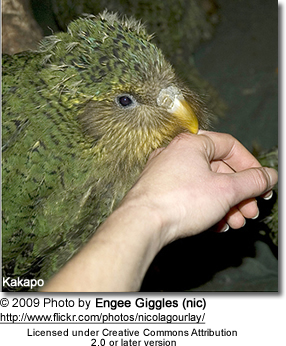 The plumage is finely blotched yellow-green. It has a distinct facial disc of sensory, vibrissa-like feathers. The large beak is grey. It has short legs and large feet. The wings and tail are relatively short.

They are large parrots. Males measure up to 60 centimetres (24 in) and weigh between 2 and 4 kilograms (4.5–9 lb) at maturity. Females are smaller, approximating about 65% of the male’s weight.

The smaller females have a more narrow and less domed head, their beaks are narrower and proportionally longer, their ceres (skin around the nostrils) and nostrils themselves are smaller. Their legs and feet are more slender and pinkish grey. Their tails are proportionally longer. Even though the color of the plumage is like the male’s, the tone is more subtle, with less yellow and mottling.

Nesting females are also distinguished by a brood patch on the bare skin of the belly.

They are unable to fly, having short wings for their size and lacking the pronounced keel bone (sternum) that anchors the flight muscles of other birds. They use their wings for balance, support, and to break their falls when leaping from trees. 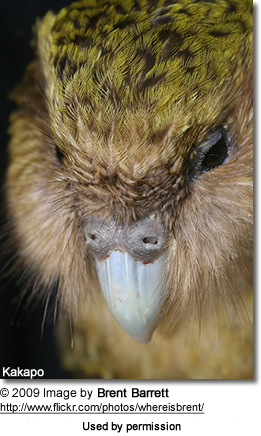 They are generally vegetarian / herbivorous, feeding on native plants, leaves, stems, roots, seeds, fruits, nectar, pollens and even moss, fungi and the sapwood of trees.

Kakapos only breed once every two to five years – depending on the availability of food.

During the breeding season, males gather in lekking sites for communal courtship displays. As part of these displays, they advertise their presence by calling each night for about three months.

The male’s calls are described as repeated ‘boom’ sound, often audible for up to 5 km.

Most mating activities occur between December and early March. A clutch can consist of 1 up to 4 eggs; however, most often, there are only 1 or 2 eggs. The female alone incubates the eggs for about 30 days and raises the young. Each night, she will leave the eggs and chicks unattended to feed. The young fledge (leave the nest) when they are about 3.50 months old. 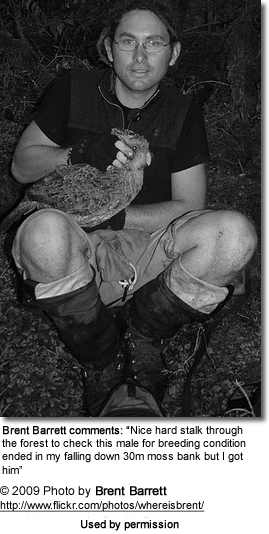 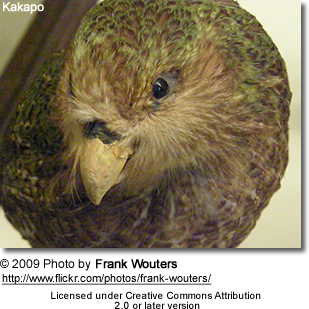 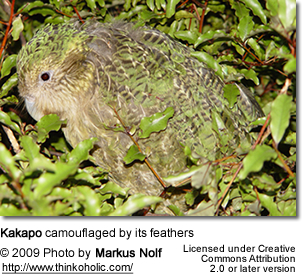 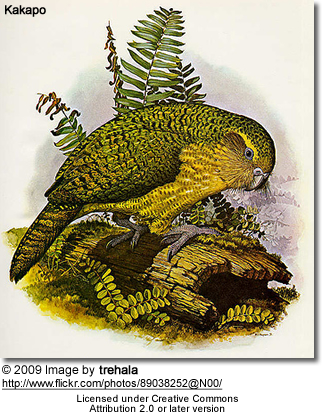 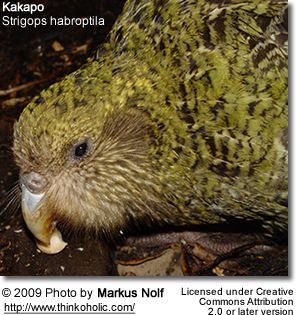