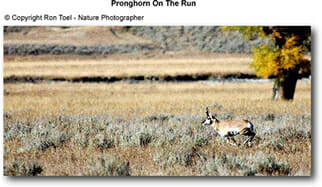 Getting close to animals has been the challenge for most wildlife photographers and getting that head shot seems to be the endall of  the photographers dream.  Not all wildlife shots have to be frame filling.  One class of shots dispenses with that philosophy … a longer view that shows an animal or group of animals in their habitat. This in itself is a strong image because it helps the Photographer tell the story and context in which the animal’s image was taken.  There are times when the cover to approach the animal is to sparse to do anything but frighten the animal.  No image is worth the altering of any animals daily routine and causing them to expend useless energy.

This is the time when compositional skills are important and crucial because the view of the subject is not satisfactory.  If however, one is close enough and has a large enough lens to fill the frame, there is not much need for the compositional skill, because there is only so many ways to fill that frame.  But if the animal is much smaller than the frame in which one places it, the position of that animal becomes very important.

Now while one is stalking the animal to get the frame filling head shot, take some images along the way so the viewers will appreciate what the photographer has gone through to get the shot.