It may also be called the Lesser Whistling Teal (based on an older classification), or the Tree Duck. 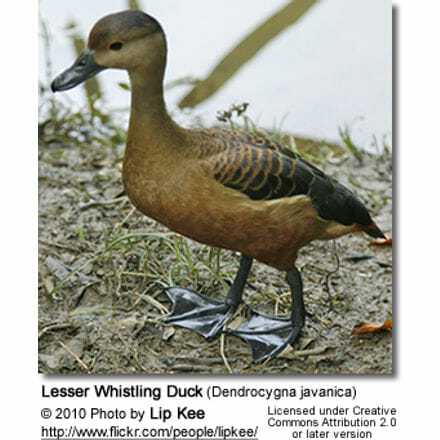 Covering between 1 to 10 million km², it is estimated to have a global population of between two and twenty million individuals.

still freshwater lakes, with plentiful vegetation, where this duck feeds on seeds and other vegetation. Occasionally seeks refuge in the ocean just outside the surf area.

May be seen often perching on trees near water bodies, giving rise to the alternate name Tree Duck. 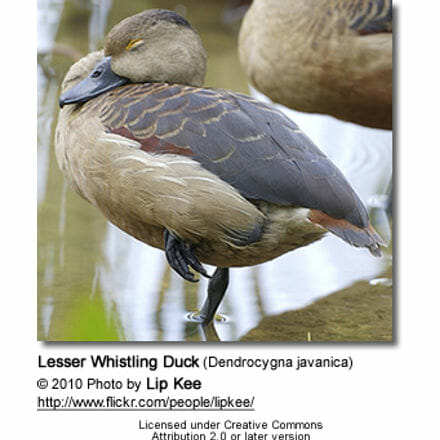 This species has a long grey bill, long head and longish legs. It has a buff head, neck and underparts, and a darker crown. The back and wings are darkish grey, and there are chestnut patches on the wings and tail. All plumages are similar.

This species is gregarious, and at favoured sites, such as Carambolin Lake in India, the flocks of a thousand or more birds arriving at dawn are an impressive sight.

The call is a wheezy, whistling “seasick, seasick“, call, uttered in flight. Roosts can be quite noisy.

It nests in tree holes, old nests of other birds, or on a stick platform near the ground, and lays 6-12 eggs. 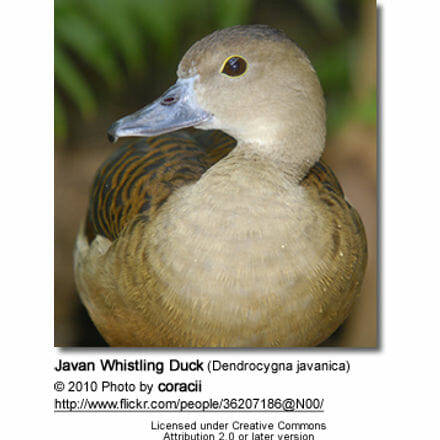