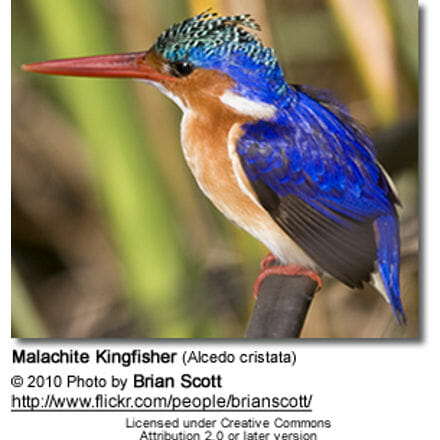 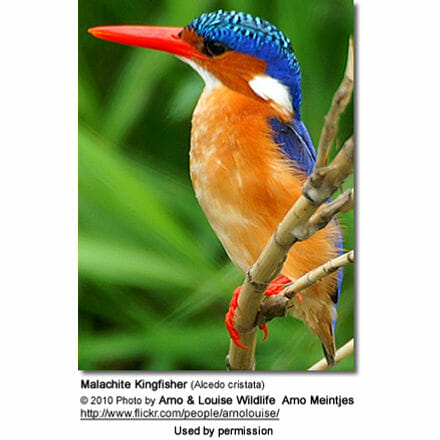 The Malachite Kingfisher (Alcedo cristata) is a river kingfisher which is widely distributed in Africa south of the Sahara. It is largely resident except for seasonal climate related movements.

This is a common species of reeds and rank vegetation near slow moving water or ponds.

This is a small kingfisher, 13 cm in length. The general colour of the upper parts of the adult bird is bright metallic blue. The head has a short crest of black and blue feathers, which gives rise to the scientific name. The face, cheeks and underparts are rufous and there are white patches on the throat and rear neck sides.

The bill is black in young birds and reddish orange in adults; the legs are bright red. Males and females look alike, but juveniles are a duller version of the adult.

The flight of the Malachite Kingfisher is rapid, the short rounded wings whirring until they appear a mere blur. It usually flies low over water.

There is a closely related species in Madagascar, the Madagascar Malachite Kingfisher, or Malagasy Kingfisher, (Alcedo vintsioides). This has a black bill and greenish crest, and is not quite as dependent on water as the African species. It is otherwise similar in plumage and behaviour to the more widespread species. 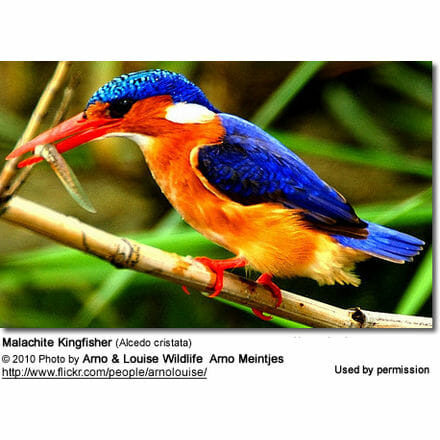 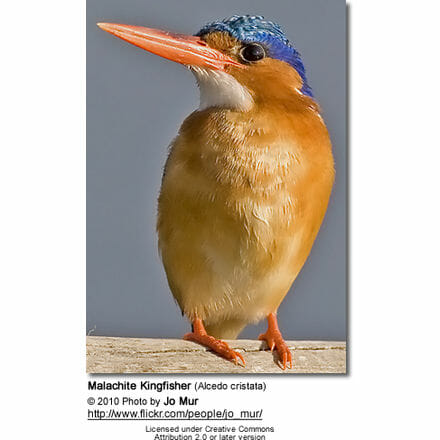 The bird has regular perches or stands from which it fishes. These are usually low over the water.

It sits upright, its tail pointed downwards. It drops suddenly with a splash and usually returns at once with a struggling captive.

Large food items are beaten on a bough or rail; small fish and insects are promptly swallowed. A fish is usually lifted and carried by its middle, but its position is changed, sometimes by tossing it into the air, before it is swallowed head downwards.

The nest is a tunnel in a sandy bank, usually, though not always, over water. Both birds excavate. Most burrows incline upward before the nesting chamber is reached.

There is no nest, but three or four clutches of 3-6 round white eggs are placed on a litter of fish bones and disgorged pellets. 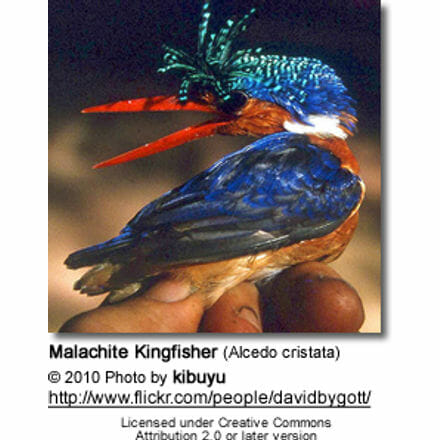 The call of this kingfisher is then a short shrill seek. The breeding song is a chuckling li-cha-cha-chui-chui. 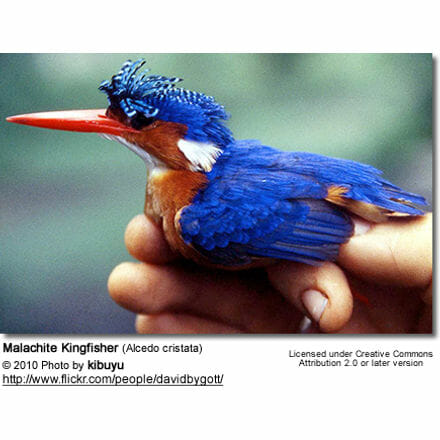 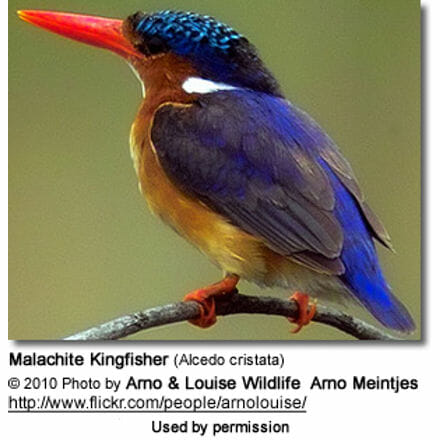 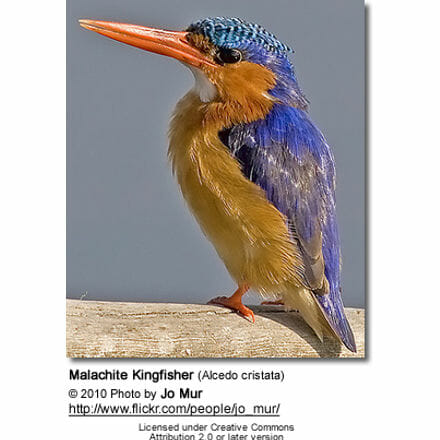 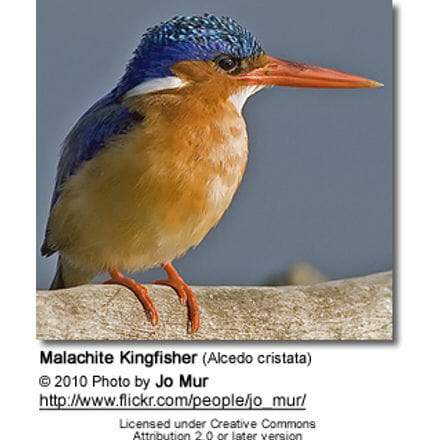 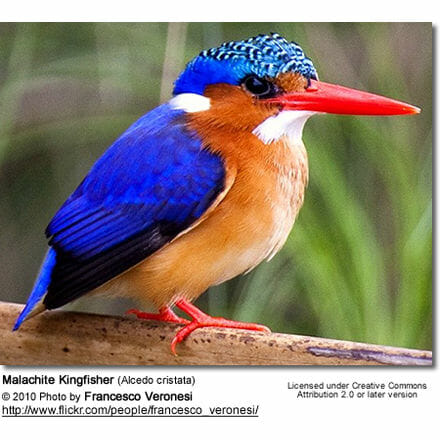 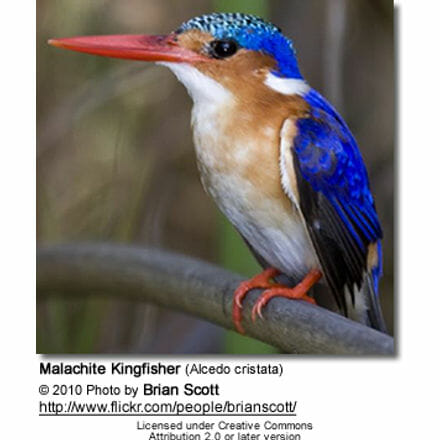