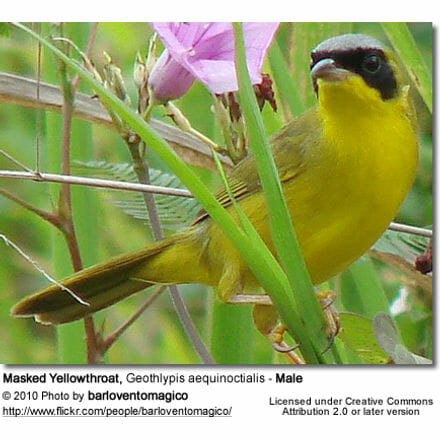 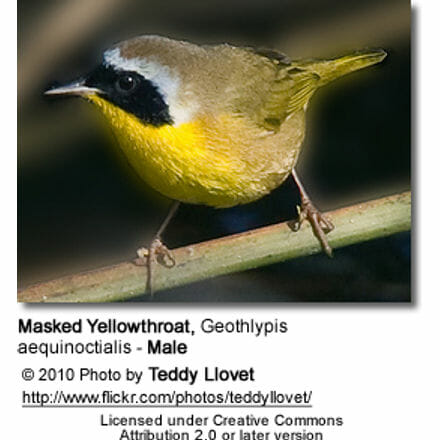 The Masked Yellowthroat, Geothlypis aequinoctialis, is a New World warbler.

It has a number of separate resident breeding populations in Central and South America, some of which may be considered to form separate species.

This species may be spreading in Central America due to deforestation. It is often skulking, but may pop up occasionally, especially to sing.

The Masked Yellowthroat is usually seen in pairs, and does not associate with other species. 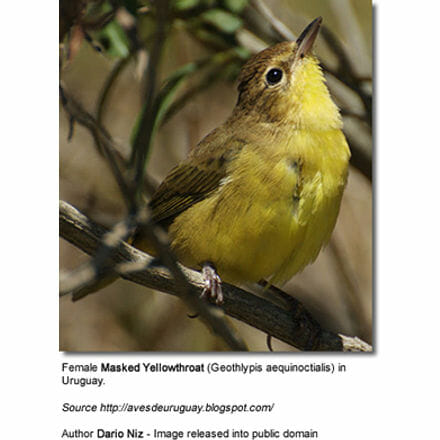 The Masked Yellowthroat is 13.2 cm long and weighs 13g. It has yellow-green upperparts, bright yellow underparts, and a mainly black bill.

The adult male has a black facemask, bordered above with a grey band.

The female is similar, but lacks the black mask. She is slightly duller, and has grey sides to the face, with a yellowish eyering and a yellowish stripe from the bill to the eye.

Similar Species: This species is easily distinguished from wintering Common Yellowthroat by its uniform yellow underparts, whereas the North American bird has a white belly.

This species is easily distinguished from wintering Common Yellowthroat by its uniform yellow underparts, whereas the North American bird has a white belly.

There are significant racial variations in the male plumage (see Taxonomy). 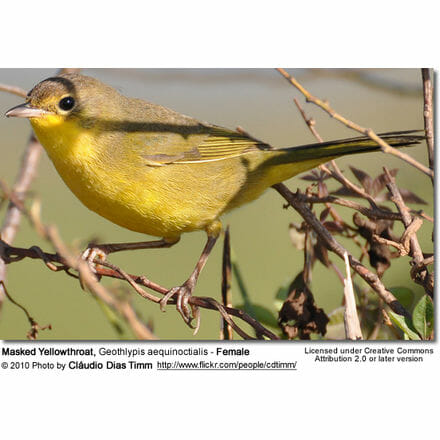 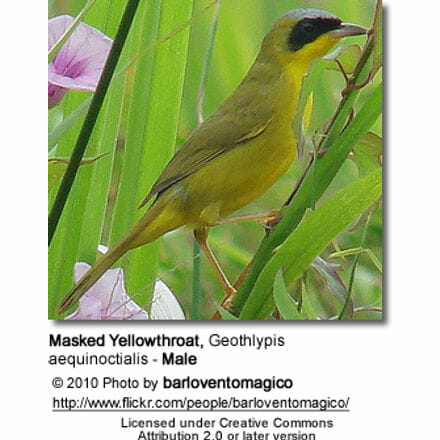 There are five subspecies of Masked Yellowthroat, differing in size, male head pattern and song. The Central American form is sometimes considered a separate species, and the two Pacific races together are also often treated as a species. Recent genetic evidence suggests that the southern South American subspecies may also merit specific status. The populations are as follows:

It is likely that the range of this species was once continuous, perhaps in the cooler conditions of the last ice age, but the populations are now separated by the wet lowland forests of the Amazon basin and eastern Panama. The distinctive Chiriqui form in the highlands of Costa Rica and western Panama is further separated from its relatives to the east by the Andes Mountains. 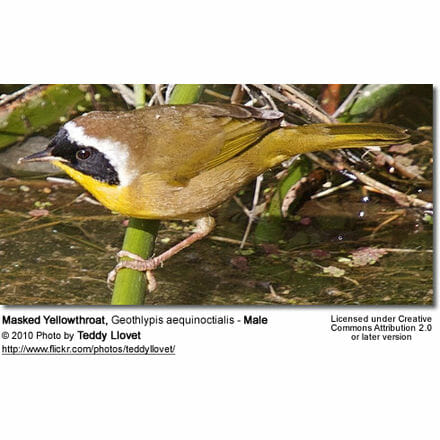 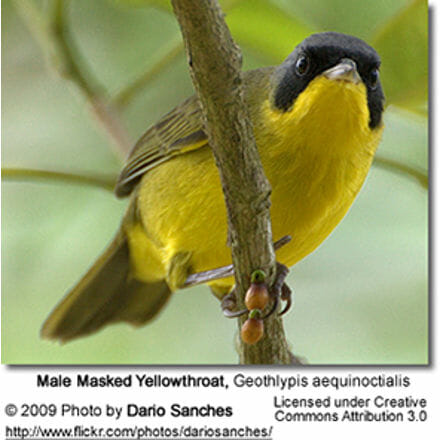 The breeding habitat is marshes and other wet areas with dense low vegetation. The Masked Yellowthroat may also be found in other areas with dense shrub, but is less common in drier habitats. Two white eggs with reddish-brown markings are laid in a lined cup nest low in grass or rank vegetation.

The call is a fast chattering, quite unlike that of other yellowthroat species, and a more typical sharp chip.

It feeds on insects, including caterpillars, which are usually captured in dense vegetation. 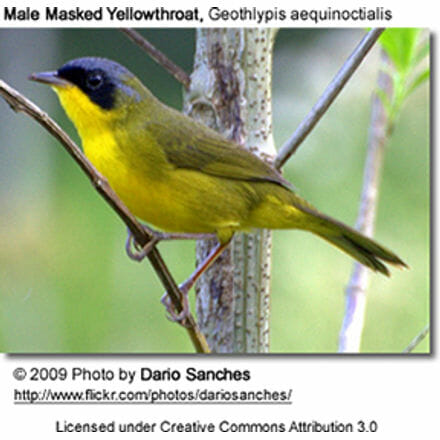