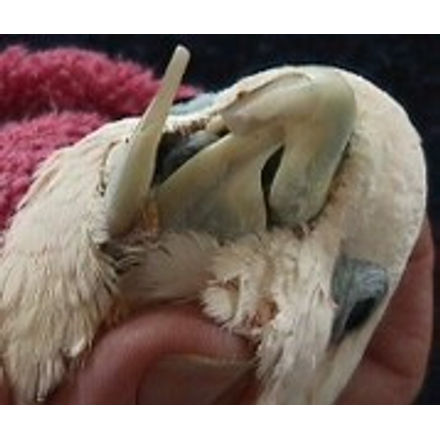 One of the most frustrating aspects of breeding is dealing with mate aggression, which can range from preventing a mate from eating and drinking to injuring or even killing the mate. This phenomenon is not limited to newly formed pairs, but has occurred in pairs that have been bonded for years.

Several species of cockatoos, the eclectus and a few other species have a reputation for aggression toward their mates – but this behavior has also been seen in cockatiels and lovebirds. In most species, the male is the aggressor — with the exception of the eclectus parrots, where the dominant sex is the female.

It should be noted that this problem is specific to aviculture — as it has not been observed in the wild. One explanation may be that wild parrots have the advantage of being able to choose their own mate; they also have “time away” from each other when foraging for food. In the wild, they have the ability to separate once incompatibility has been established. This is not possible in the confinement of an aviary. Therefore, it seems to make sense to look at the parrots’ environment to find a solution.

The following web resources will be helpful: Redirecting Negative Behaviors in your Petbird for some excellent tips and tricks … Bird Proof Your Home to Protect Your Furniture and Keep your Bird Safe … Foraging: The Way To Keep Your Parrot Mentally Stimulated and Happy