The mimids are the New World family of passerine birds, Mimidae, which includes thrashers, mockingbirds, tremblers, and the New World catbirds. As their name (Latin for “mimic”) suggests, these birds are notable for their vocalization. 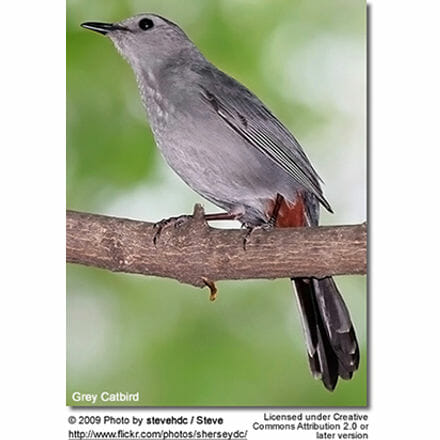 The mimids are the New World family of passerine birds, Mimidae, that includes thrashers, mockingbirds, tremblers, and the New World catbirds. As their name (Latin for “mimic”) suggests, these birds are notable for their vocalization, especially some species’ remarkable ability to mimic a wide variety of birds and other sounds heard outdoors.

There are over 30 species of mimids in two larger and some 10 small or monotypic genera. They tend towards dull grays and browns in their appearance, though a few are black or blue-gray, and many have red, yellow, or white irises. They range from 20 to 33 centimetres in length, and 36 to 56 grams in weight. Many mimids have a rather thrush-like pattern: brown above, pale with dark streaks or spots below. They tend to have longer tails than thrushes (or the bigger wrens, which they also resemble) and longer bills that in many species curve downward (Clement and Perrins 2003).

They have long, strong legs (for passerines) with which many species hop through undergrowth searching for arthropods and fruits to eat. Their habitat varies from forest undergrowth to scrub, high-altitude grasslands, and deserts. The two tremblers live in the atypical habitat of rain forests in the Lesser Antilles, and the Brown Trembler has the particularly atypical behavior of foraging while clinging to tree trunks (Clement and Perrins 2003). 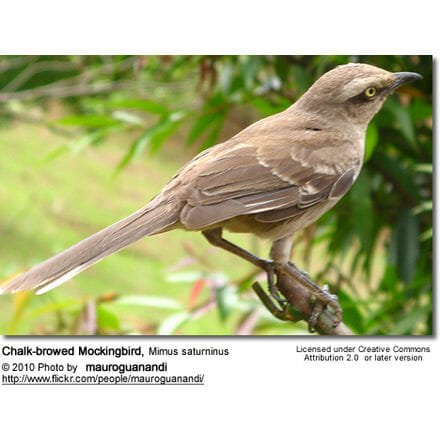 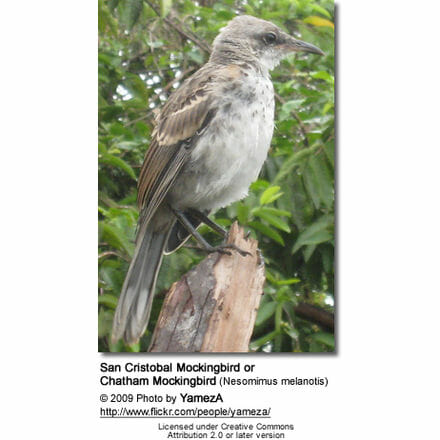 All known species build somewhat messy, bulky twig nests in dense growth, in most species on the ground or no more than 2 meters up. They usually lay 2 to 5 eggs that hatch in 12 or 13 days, which is also the length of time the chicks stay in the nest. Breeding usually starts in the spring or early in the rainy season, and many species can have two or even three broods per year. Most failures to fledge young are due to predation. Pairs often stay together for more than one breeding season (Clement and Perrins 2003).

In the history of science

Contrary to often-held belief, the Nesomimus mockingbirds may have played at least as great a role as Darwin’s finches in inspiring Darwin’s work on his theory of evolution (Curry 2003).

Phylogenetic analyses have shown that mimids are most closely related to starlings (Sibley and Monroe 1990, Zuccon et al. 2006). These and oxpeckers (and the Philippine creepers if they are not outright but highly apomorphic starlings) form a group of Muscicapoidea which originated probably in the Early Miocene – very roughly 25-20 mya – somewhere in East Asia (Zuccon et al. 2006). This is evidenced by the Asian-SW Pacific distribution of the most basal starlings (and Philippine creepers) and the North American range of the basal mimids.

They are sometimes united with the starlings in the Sturnidae as a tribe Mimini as proposed by Sibley and Monroe (1990). This makes the expanded Stunidae a rather noninformative group and is probably due to the methodological drawbacks of their DNA-DNA hybridization technique. 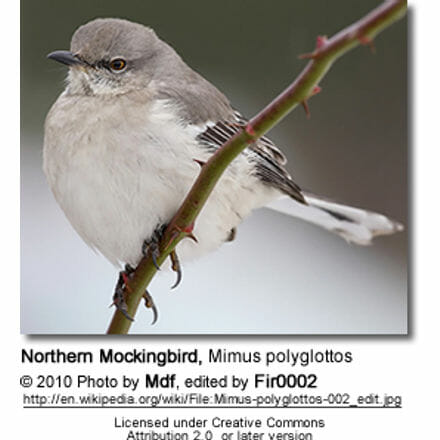 The mockingbirds with some thrashers seem to form one major clade, while the two other groups and the remaining thrashers seem to form the another, but the basal branching pattern is not well resolved. The tremblers, again, are a monophyletic lineage. The latter, however, are embedded in a paraphyletic catbird-Caribbean thrasher assemblage which consists of many rather basal lineages.(Hunt et al. 2001, Barber et al. 2004)

For detailed information on the evolutionary relationships of the different mimid lineages, see their articles. 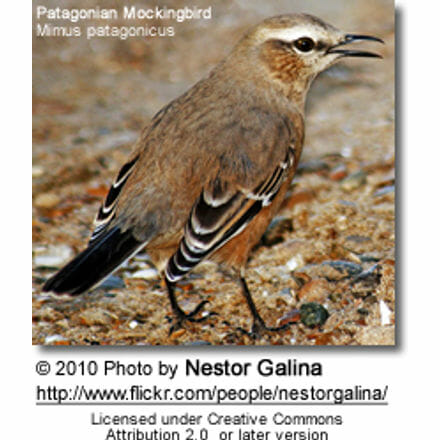 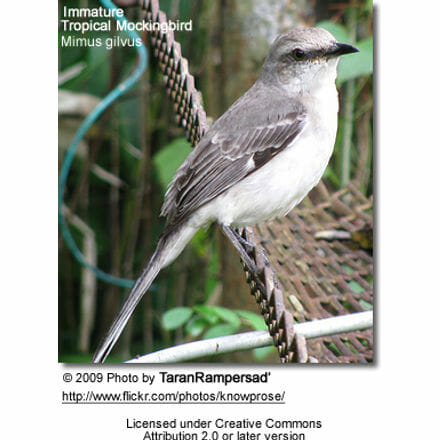 Please Note: The articles or images on this page are the sole property of the authors or photographers Please contact them directly with respect to any copyright or licensing questions. Thank you.