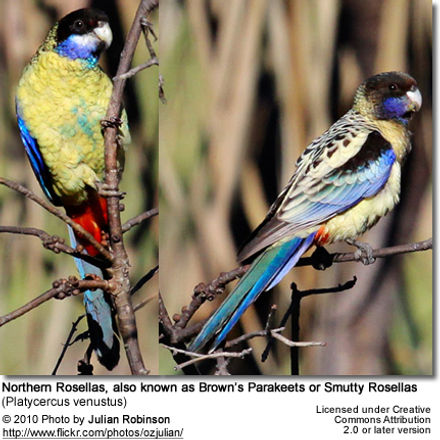 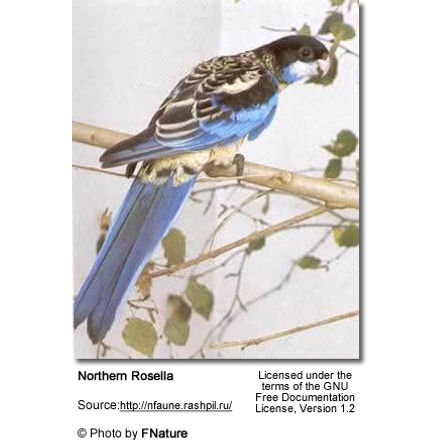 Its range include the Gulf of Carpentaria, through Arnhem Land to the Kimberleys in open savannah country. A subspecies, var. hilli, was described by Mathews in 1910, however is not felt to be valid.

This Rosella is usually found solitarily or in pairs.

This unusually colored rosella has a dark crown and white cheeks similar to its relatives the Pale-headed Rosella and the Eastern Rosella.

At 11 – 11.2 ins or 28 cm long, it is smaller than the Western Rosella. The forehead, crown and nape are black in color with white-on-blue cheek-patches. The back and wing feathers are blackish with yellow borders, while the feathers of the belly, chest and rump are pale yellow with black borders giving rise to a scalloped appearance. The long tail is bluish green. The bill is pale grey and the iris dark.

Immature plumage is similar to adult but duller. Young birds attain the adult coloration after their second molt – when they are about 12 to 16 months old. At that time they also become sexually mature.