Pachyptila is a genus from the family Procellariidae and the Procellariiformes order. The members of this genus and the Pachyptila form a sub-group called Prions.

All the members of this genus, along with the rest of the Procellariiformes, share certain identifying features.

First, they have nasal passages that attach to the upper bill called naricorns. 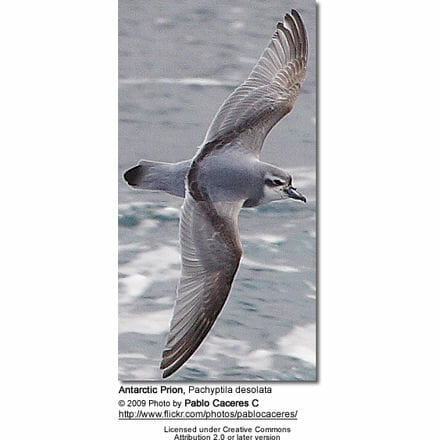 The members of this genus primarily eat zooplankton by filtering water through their upper bill.

Some even hydroplane, a technique where they filter food out while flying with their bill in the ocean.

They breed colonially, and do so neat the ocean, usually with the same mate for life. Both sexes help incubate the egg, and care for the chick. 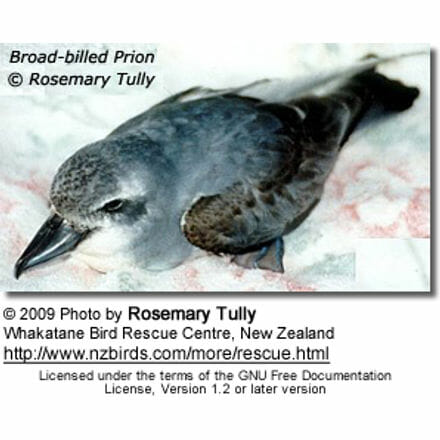 They are pelagic (over sea) and seldom come to land, except to breed. Also, they all stay in the Southern Hemisphere, and breed on subantarctic islands except the Fairy Prion which breeds on subtropical islands.