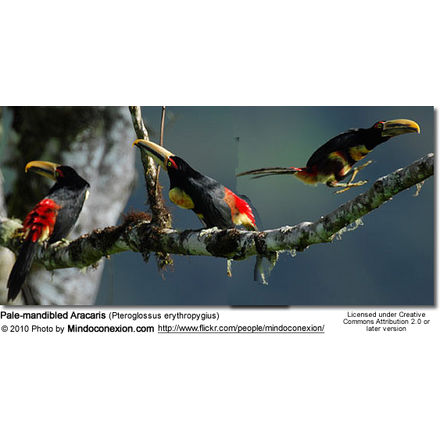 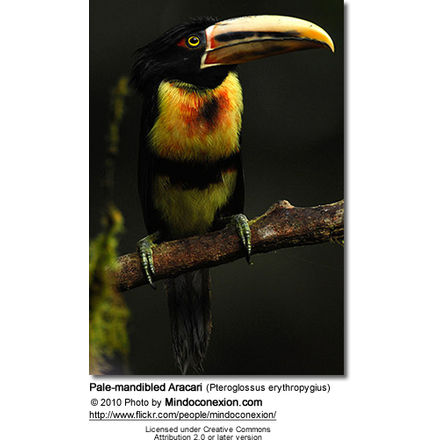 It is endemic to the South American countries of Ecuador and northwestern Peru, where it inhabits the humid forest of the Tumbes region, up to 800 m.

Its beak is mostly a pale ivory-orange with a long black stripe down the edge of the upper bill.

The skin around the eyes is red.

It has a black spot on the center of the upper breast. 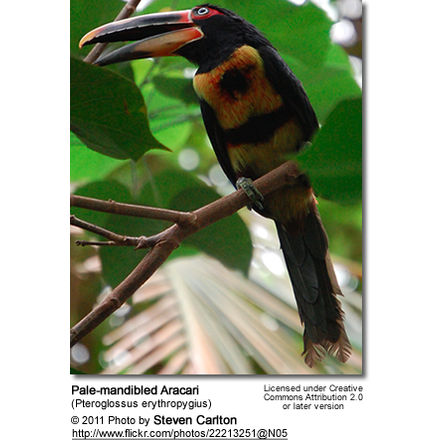 They typically nest in abandoned woodpecker nesting holes, or other tree cavities.

Their eggs are white and elliptical shaped. The clutch size consists of 3 to 4 eggs and the incubation lasts for about 16 days.

The newly hatched chicks are blind and naked, with short bills and thick pads on their heels to protect them from the rough floor of the nest. Both parents, as well as their previous offspring and/or possibly other adults, feed the chicks.

Once common in captivity, the Pale-mandibled Aracari is now rare in the United States. Its numbers are less than 6 kept in just two collections.

These active Aracaris require large, planted flights. Aracaris are generally docile and can be kept with smaller birds — but not birds so small that they could be considered as prey by these large birds, such as finches. Breeding pairs are best kept alone.

Captive birds may breed in nest boxes with a concave bottom; however, they generally prefer natural nests constructed from palm tree logs, which allows them to dig their nest chambers deeper. 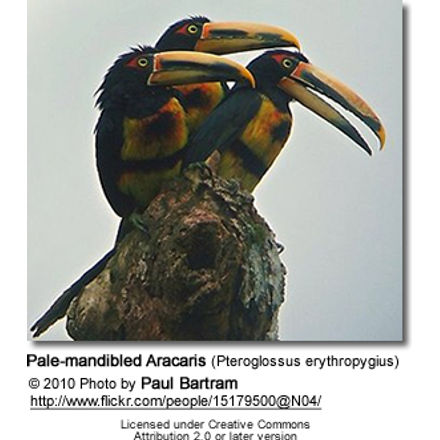 They need the proper diet, a nest log and the pairs must be compatible.

I would start with the easiest, so when you have babies you will feel a sense of accomplishment and want to continue. If you start with a difficult species you will have much less luck and may become discouraged.” (Source: Jerry Jennings, President / Director of Emerald Forest Bird Gardens) 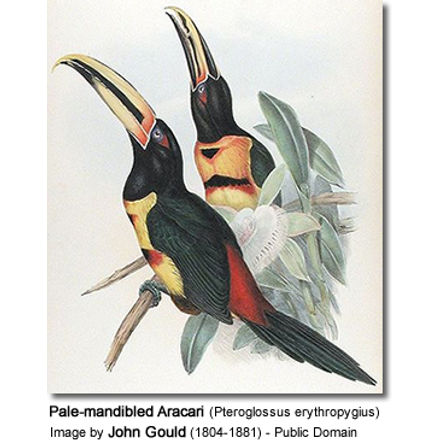