These birds are endemic to the following Indonesian islands: Sulawesi, Sangihe, Manterawu, Bangka, Muna, Butung and Togian, where they inhabit the canope of lowland forests and forest edges, including mangrove forests.

Their numbers have seen a moderately rapid decline due to habitat loss and destruction, and they are therefore considered Near Threatened.

These large birds measure about 12 inches or 31 cm in length, including the tail.

Females resemble males, except their upper plumage is grey instead of black.

Juveniles resembles females, but are browner and have scattered white feather edgings. 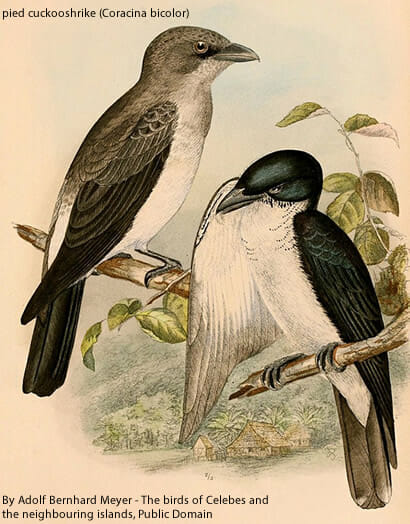